If the much celebrated (and so rightfully so) middleweight war between Marvin Hagler and Thomas Hearns is looked upon by many as THE greatest middleweight title fight of them all, the fight that took place 75 years ago today more than gives it a big enough run for its money for the old timers to be entitled to scream how we have to fully know our boxing history if we are to go about bestowing greatest-ever fight honours about the place. In short, as great, as super-great as Hagler-Hearns was, the all-out wars Tony Zale and Rocky Graziano engaged in back in the 1940s were super-duper great.

Three times Zale and Graziano took each other deep into the furnaces of hell. Three times these two ring warriors bared their very souls. Fight-one was won by Zale, by 6th round KO; this after “The Man of Steel” had more than lived up to his nickname, taking some thunderous punches from Graziano;, being dropped and looking like a thoroughly beaten fighter before his astonishing come-from-behind win.

There just had to be a rematch and there was a rematch. This time, the fight was raged in Chicago, the first war having been fought in New York. Yet again, these two seemingly perfectly matched fighters (matched most perfectly in terms of the amount of heart and raw courage that was possessed by each) left fight fans screaming, bewildered and high as kites.

There are, if you care to look, some superb photos that were taken of the Zale-Graziano battles, these stills beautifully capturing all that is brutal, savage and intoxicating about the sport of boxing. One such photo shows a raging Graziano, with one eye slammed shut, the other pouring blood, tearing into Zale with a vicious right hand. This photo alone is enough for a fan to wish to watch the fight/carnage.

Rocky, who was never the most skilled boxer in the world, more than made up for it with his sheer spirit, his deep-down desire – his hunger (see starving). Fight-two was even better than its predecessor, well, maybe. In truth, both battles were as great, as primal, as brutal as any fights in ring history (fight-three being a one-sided win for Zale; but this of course came later). On this day in ’47, it was Rocky’s night, and as he later said, “somebody up there likes me;” Graziano’s from-the-heart line immortalising him.

Round one saw challenger Graziano suffer an eye injury that only got worse. Round two saw Zale pick up the pace and try and get Graziano out of there. But Rocky roared back, stunning the champ so badly he walked to the wrong corner at the bell. Round three saw Zale give Graziano a real working over, slicing open his other eye, his left, and then proceeding to smash him to the canvas. But Graziano got up, only to be raked with shots as he was pinned on the ropes. The fourth too was all Zale. Then, in legendary fashion, before the fifth round got underway, Graziano’s trainer and cut-man, Whitey Bimstein, pressed a coin on his fighter’s closed right eye in an effort to aid his sight. It worked, and Rocky regained just enough vision to be able to target, and then punish, his rival in round five. The crowd was by now in a real state of fever.

Round six, Graziano’s miracle round, saw the tough street kid lay it ALL on the line. Graziano landed a non-stop barrage of shots on Zale, his right hand bomb doing most of the damage, and down went the defending champion. Zale rose, naturally, but he was then blasted through the ropes, whereupon Graziano continued his frenzied attack, belting Zale as he was draped across the middle strands.

The referee had no choice but to end the fight. Rocky was “Champeen of the world.”

Zale won the rubber-match in just three rounds, but this rivalry, this series of “Wars without survivors,” (as one magazine once summed up the three fights, the combined 15 rounds Zale and Graziano gave us) would live forever.

It’s entirely possible Zale and Graziano gave us two of the fiercest, most electrifying middleweight fights in all of boxing history. 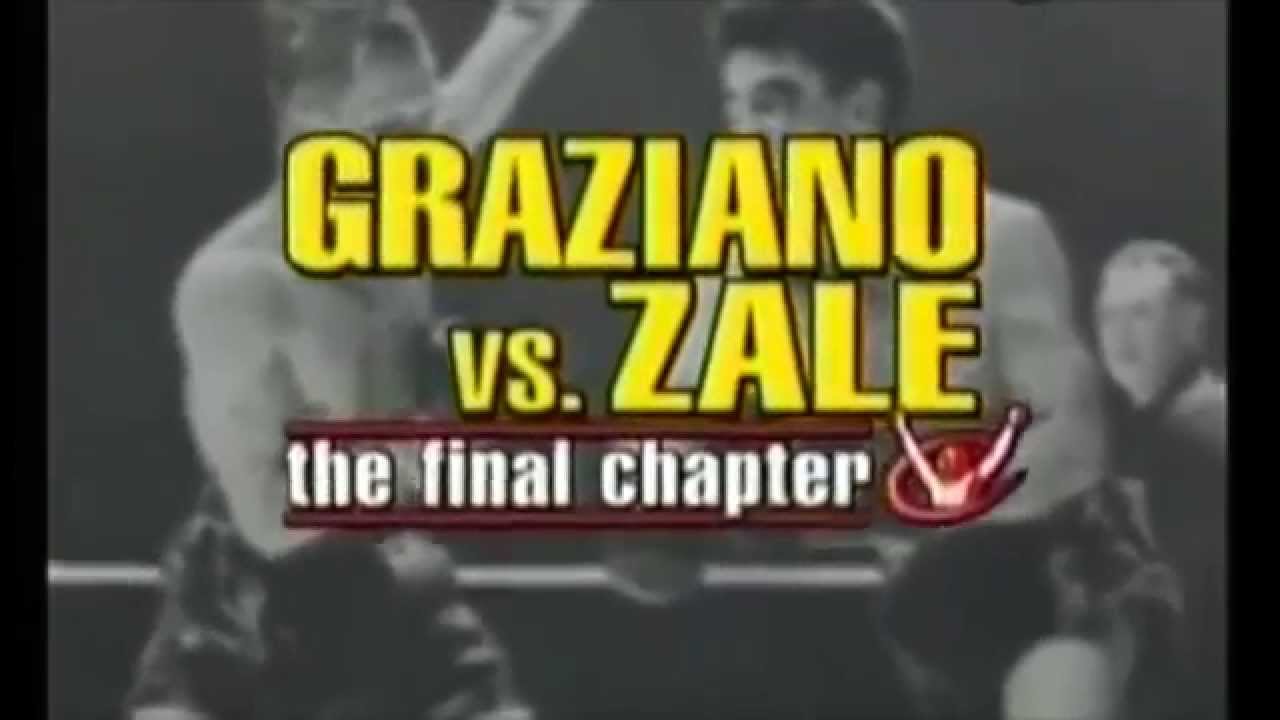