Canelo Alvarez punched Caleb Plant in the face, causing a big gash under his right eye after getting angry at some of his trash-talking during their face-off on Tuesday during their LA press conference.

Plant said Canelo had “Roid rage,” which led to him losing control of his temper and getting physical during their face-off.

During their face-off, Plant called Canelo “motherf***er,” which resulted in the Mexican star initially pushing him, but moments later, hitting him in the eye.

Although IBF super middleweight champion Plant insisted that his cut wasn’t bad, it was bleeding profusely, looking like it might require stitches.

Plant suffering a cut this close to his November 6th fight with Canelo could mean that the match may need to be postponed. It’s certainly going to get in the way of Plant being able to spar because if he does any of that, the cut will undoubtedly open up.

It remains to be seen if Canelo will be fined for what happened today, but that wouldn’t have much of an impact on a fighter as wealthy as him.

Moving forward, the event organizers are going to need to consider putting a barrier between the two to prevent further physical acting out.

Canelo and Plant were supposed to be talking about their November 6th fight at the MGM Grand Garden in Las Vegas. But during Plant’s time at the podium, Canelo was making remarks in response to some of the things that he was saying.

At that point, Plant called Canelo “motherf****, which results in the Mexican star taking him literally, and saying, “You don’t say that.”

Plant then reminded Canelo that he’s a “drug cheat” because he’d been suspended for six months several years ago after testing positive for a PED.

Caleb further pointed out that Canelo’s fellow gym-mate Oscar Valdez had recently tested positive for a PED and wasn’t given any suspension whatsoever.

“Just a scratch from my glasses,” said Plant about his cut. “I said I’m going to beat him and he said he’s going to beat me, and then I guess he started roid rage.

“Maybe my presence,” said Plant on what caused Canelo to go off on him physically. “I don’t feel like Canelo has reacted like this with other fighters.

“I feel like he knows he’s got a real one in front of him, and maybe that strikes his ego the wrong way or something. I don’t give a f*** how he feels about it. Come November 6th, I’m going to whoop his a**.

“I don’t know, you tell me,” said Plant when told that Canelo complained that he had offended his mom. “How did I offend his mom? What about his mom did I say?

“I put in a lot of work to get to this moment. My mentality doesn’t change. I don’t need to be any more motivated to be the undisputed super middleweight champion of the world,” said Plant. 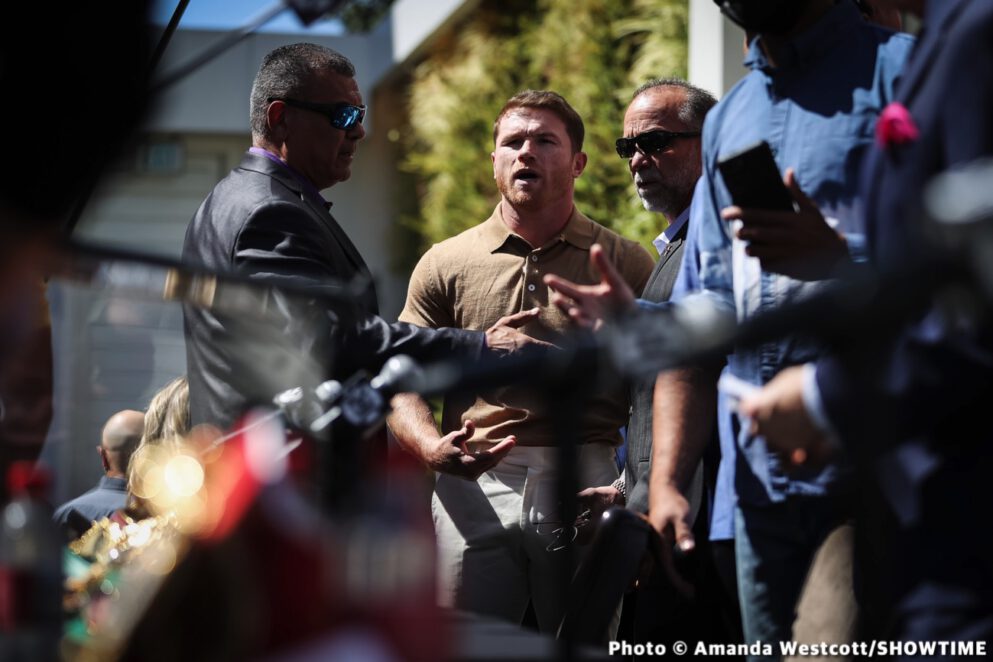 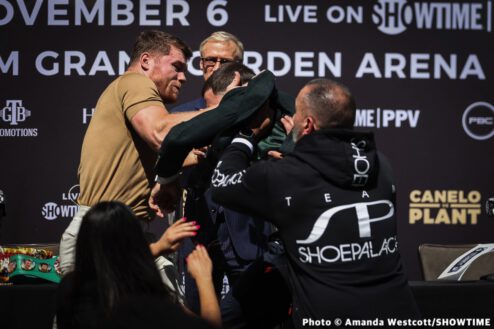 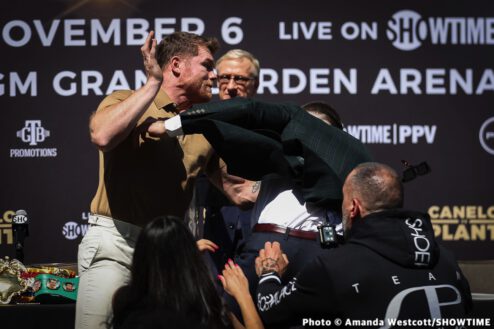 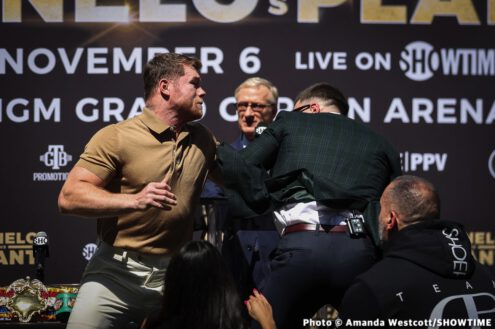 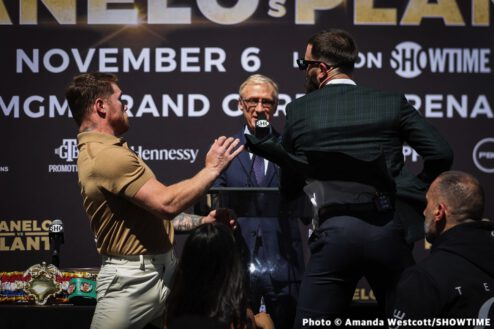 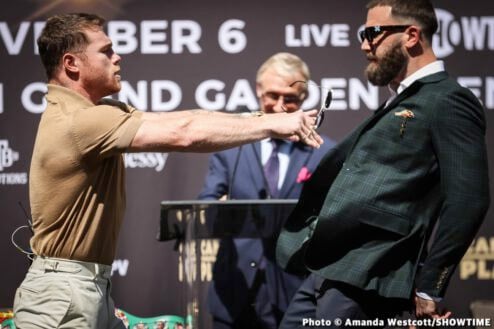 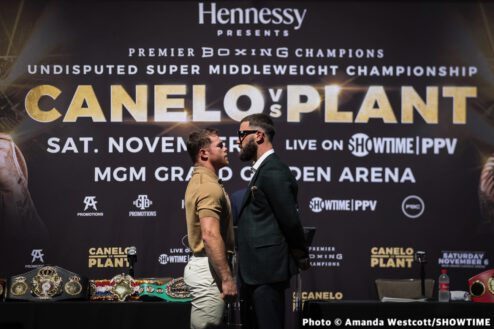 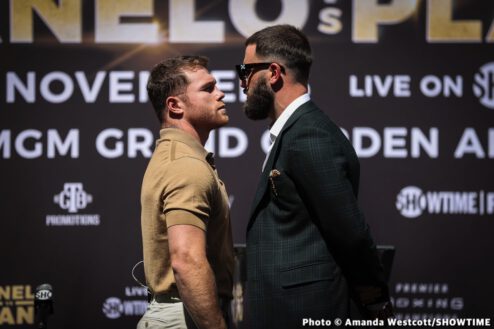 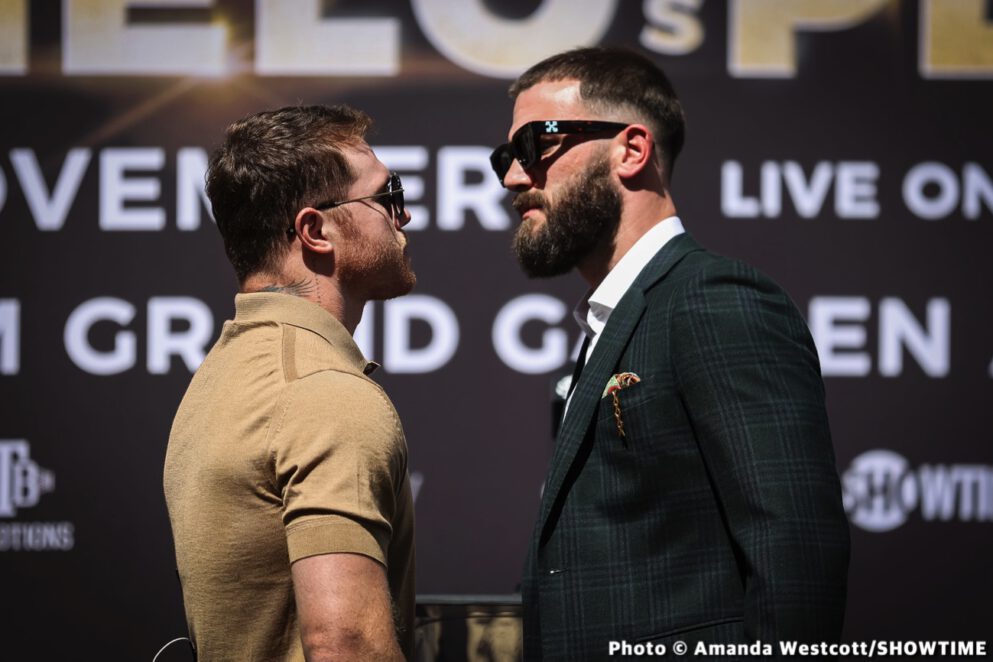 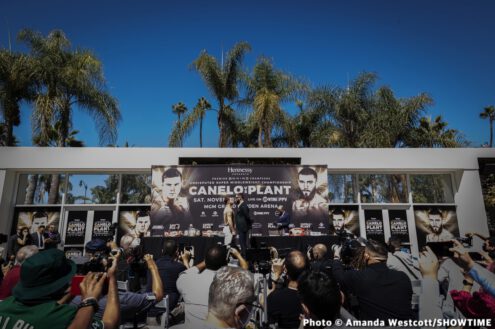 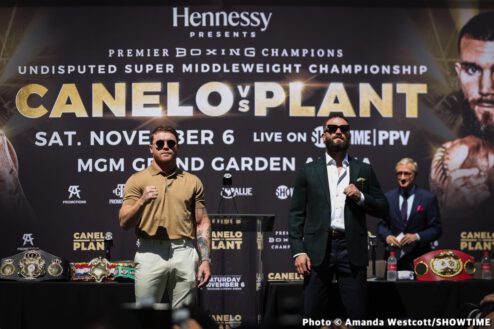 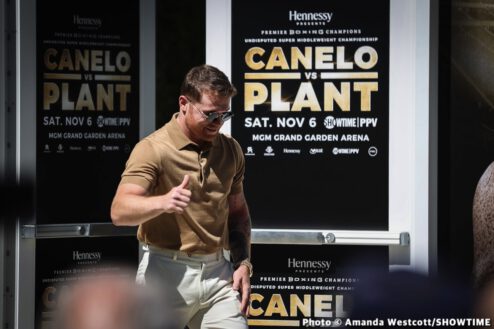