During the face-off between the two champions, Plant said something to Canelo that caused him to push him really hard. It was a hard enough shove that it sent Plant on the other side of the stage. 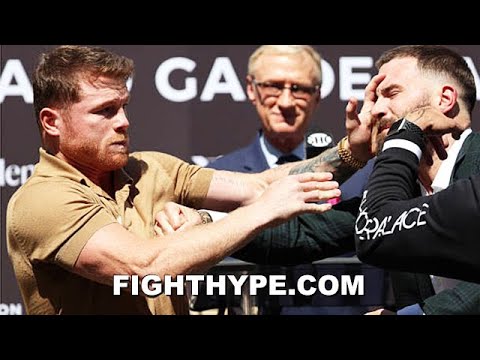 When Plant came back, he threw a sneaky left hook that caught Canelo flush on his lantern jaw. Canelo then fired back with a right hand before the two fighters were separated.

Based on punches landed, Plant got the better of the action, showing off his superior hand speed in the process.

Plant (21-0, 12 KOs) let Canelo (56-1-2, 38 KOs) know that he’s going to whip him in their fight on Showtime PPV, and be the one that is announced as the new undisputed super middleweight champion.

“I don’t need you guys to believe in me because I’ve been doing it my whole life. So mark my words, on November 6th, you will hear the words, ‘The new undisputed super world middleweight.’ The only difference is that immediately after that, you’ll hear, ‘And still undefeated.’ Mark my words,” said Plant. 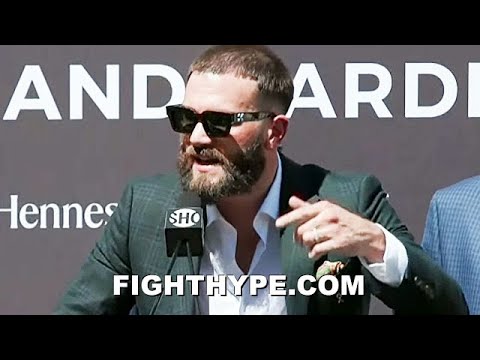 At that point, Plant let loose on Canelo and his trainer Eddy Reynoso, calling him a “drug cheat.”

Canelo then told Plant, “Don’t make excuses before the fight. You’re going to see something special on you.”

“He’s going to pay on November 6th,” said Canelo. “You know when somebody bothers me with a lot of s***, they know. I have something special for him.

“Nothing,” said Canelo when asked if he said anything during his face-off with Plant. “I always like to say in the ring. But like I say, I have something special for him.

“That’s what I want for my career,” Canelo said about wanting to be the undisputed super middleweight champion. “This fight is very important for me.

“They can do whatever they want, but it’s him and me in the ring,” said Canelo when asked about his thoughts on Andre Ward helping Plant prepare for their fight. “I really don’t care. I just go and put my skills and my experience and that’s it.

“You’re going to see,” said Canelo when asked what does he have “special” for Plant on November 6th.

If the punches were exchanged during the face-off is any indication of how the fight will play out, you have to give Plant a real chance of winning this fight over Canelo. Plant is too quick, too big, and just too sneaky for Canelo. 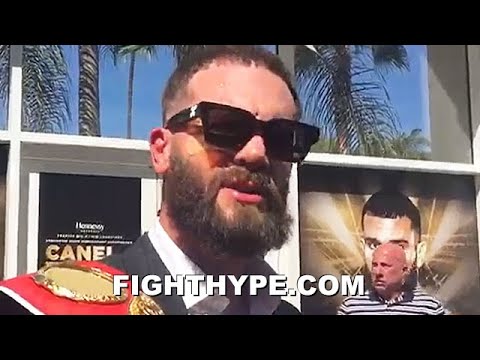