Tony Bellew believes that Derek Chisora (32-10, 23 KOs) will be in danger early on in the first three rounds by the power and combination punching from former WBO heavyweight champion Joseph Parker on Saturday.

Chisora, 37, doesn’t always start fast in his fights, and he could get taken out in the first quarter of the fight by the power-punching from the fast-starting Parker (28-2, 21 KOs) in their headliner at the Manchester Arena in Manchester, England.

Bellew believes that the boxing public will be in for a real treat if Chisora is fully warmed up and ready to go to war with the New Zealander Parker from the first round.

Chisora has been looking better than Parker in his recent fights, which suggests that he’s still well-preserved despite his advanced age.

In contrast, Parker is showing age at 29 and isn’t the same guy he was six years earlier. The way Parker fought against Junior Fa in February, Chisora will have a good chance of beating him.

The two heavyweights will be like a couple of rams butting heads in their anything goes 12 round fight.

Parker could be dangerous early

“They’re fighting for two different reasons,” said Bellew to iFL TV about Chisora and Parker. “Joseph Parker is fighting because he wants to get back on the world scene.

“Derek Chisora is fighting because he loves fighting; it’s that simple, really.

“Derek is going out because he wants to have a fight. He likes putting on a show,” said Bellew. “If you put fans in there, you can feel them through the TV. Derek Chisora will. Just tune in; it’ll be a brilliant fight.

“Joseph Parker is a sharp, accurate puncher early doors, and that’s his most dangerous period in this fight, in my opinion. So Del has got to be very wary and careful early on.

“The closest you can get to comparing Joseph Parker to his other ones is the Andy Ruiz one. This could be a high-pressure affair where he gets pushed to the absolute limits; it really could.

“Against Dillian, it was up and down, the pace of the fight. Against Joshua, he [Parker] was happy to last the distance. But against Derek, he knows he’s going to have to fight, so we’ll see,” said Bellew.

Parker won’t be able to do much if he fights slowly the way he did against Fa. He was resembled a monolith inside the ring against Fa and was getting beaten to the punch by the 6’6″, 260-lb fighter.

If Chisora is ready to work hard in every round, he could steal many rounds and win a decision. That’s what we saw in Parker’s loss to Dillian Whyte in 2018.

Whyte wanted it more than Parker did, and he made sure he did just a little bit more than him in each round.

We don’t know what kind of impact Parker’s new trainer Andy Lee will have in his game.

It’s believed that Lee will have Parker fighting with more aggression, but we’ll have to wait and see if that’s the case.

It’s difficult to imagine Parker fighting in a way out of character with his mild temperament.

Where to watch Chisora vs. Parker

Boxing fans can watch Chisor vs. Parker on DAZN in the U.S and Sky Box office in the UK. The location for the Chisora – Parker fight is at the Manchester Arena in Manchester, England. 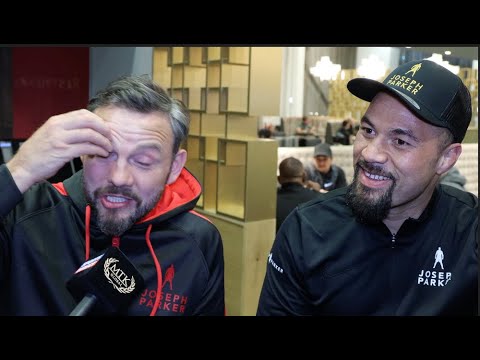