Billy Joe Saunders believes that welterweight contender Conor Benn is a better fighter than his famous father, Nigel Benn. He sees Conor (18-0 12 KOs) as being destined to become a world champion at 147 and becoming a big name.

Right now, the young 24-year-old Conor Benn hasn’t done anything as a pro that suggests that he’ll match what his dad, former two-division world champion Nigel ‘The Dark Destroyer’ Benn (34-5, 21 KOs) did during his career.

Nigel Benn had wins over these excellent fighters:

Is Conor Benn better than Nigel?

“The only one I can see doing something is Conor Benn doing something to become a world champion and following in his father’s footsteps,” said Billy Joe Saunders to iFL TV about Conor having a future compared to other sons of famous fighters.

“So he’s [Conor] the only one out of that crop [Chris Eubank Jr and Campbell Hatton] that is going to be a world champion.

“He probably will be world champion before he’s gone, but someone like Eubank, not a chance. He’s not good enough,” said Saunders.

It’s an unfair comparison to compare Conor with where Nigel Benn was when he was 24. Nigel captured his first world title at age 26, and he was faster and a real dangerous puncher.

If Conor can keep improving to advance beyond where Nigel was during his career, he could one day be better than him. Right now, I don’t see Conor as being nearly as good as Nigel was.

Trying to imagine how Conor would have handled someone like Gerald McClellan. I can’t see him making it out o the first round. 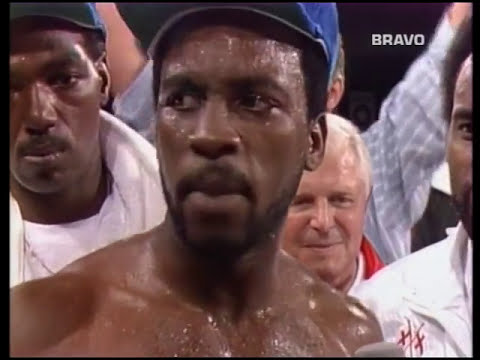 Conor Benn can become the next big star

“It was a brilliant performance by Conor Benn, and I think that all the attributes to become the next big star,” said Sergio Mora to DAZN. “He has the looks, he has the power, he has the speed, and he has charisma.

“When you heard him speaking Spanish with Samuel Vargas when they were facing off, that was so mean.

“That sold a lot of people, especially those across the pond. He’s going to have fans all over the world.

“Speaking Spanish and being British, looking like a tough guy and knocking guys out, that’s a promoter’s dream, and I think Eddie Hearn realizes that.

“People are going to catch on. This is a marketable, promotable fighter, and I’m excited. He comes from lineage and from greatness with that last name [Benn]. It was a hell of a name for Conor Benn.”

“Yeah, we talked last week whether Conor Benn was a contender or a pretender,” said Mannix. “At that time, I listed Benn as a pretender.

“Vargas might have some issues with the stoppage, but when you’re getting hit with that many power shots and not throwing anything back, you run the risk of a referee stepping in. so that’s on Vargas more than anyone else” said Mannix.

As we’ve seen with Jake Paul, it’s easy to become a star with soft match-making. So Conor Benn can become a superstar in the UK without ever capturing a world title.

It’s going to be tougher for Benn to become a star and a world champion. Besides picking up a secondary title like the WBA ‘regular’ strap or one of the interim belts, Benn will have a hard time.

You can’t put him in with IBF/WBA welterweight champion Errol Spence Jr or WBO champion Terence Crawford right now because it wouldn’t be fair to him.

With Benn being much younger than Spence and Crawford, he can wait them out until they start to age and have lost their skills. That’s going to take a while for that to happen.

It might be four or five years before Spence and Crawford have deteriorated enough for Benn to beat them. If Hearn puts Benn in with either of them before that, he’s likely to get knocked out.

Is Benn ready to face a top fighter?

“I love what I saw from Conor Benn,” Mannix continued. “I don’t know what level he’s on yet, and I don’t know if I would put him in with a top guy right now.

“But if you keep this guy busy with two, three, four fights in the next 12 months, you are going to have a star that is going to be entertaining and incredibly marketable in the UK.

“We have seen U.S fighters come over to the UK for high-profile fights because of how much money is on the table. Terence Crawford did it when he fought Ricky Burns. 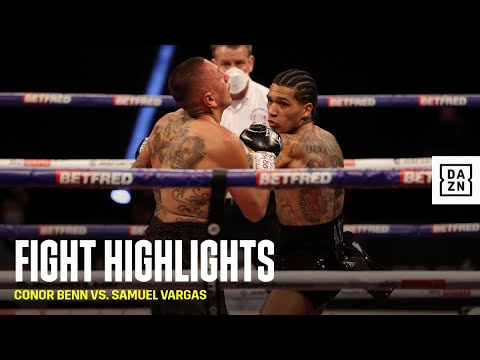 “We saw Gennadiy Golovkin do it when he fought Kell Brook. A guy like Conor Benn is going to be someone that American fighters and fighters across the world are going to want to come face because he’s going to bring a lot of dollar signs with him.”

“To get a first-round knockout is really difficult to do, especially when you’re going it against the toughest fight to date.

“That’s why we’re talking about him, and that’s why he’s going to be something special whether he’s going to stay in the UK and build his fan base there or come across the pond and start traveling.

“The man can speak Spanish; he can go anywhere he wants. He’s relatable, he’s promotable, he’s good-looking, and he’s knocking people out.

“It was impressive all the way around. Samuel Vargas, you can say that he was battle-tested and that he took one too many beatings.

“Still, he wasn’t getting knocked out in the first round, and you forgot about another champion that beat him, Luis Collazo.

“Vargas was able to give Collazo everything he could handle too. So he only lost to champions, and then you have this young kind in Conor coming in and knocking him out under three minutes. It’s impressive,” said Mora.

You can say that Benn is ready to take on a top welterweight, but it’s going to be difficult for his promoter Eddie Hearn to get one of them to agree.

Benn called out Shawn Porter after his fight with Vargas, but he’s already ruled out taking that fight. With Porter off the table, these are the potential options for Benn:

“I know exactly where Amir Khan is coming from,” said Mora in discussing him, showing no interest in fighting the young 24-year-old Benn.

“He wants nothing to do with a young, up-and-coming prospect like Conor Benn. I don’t blame him.”

“Anybody that brings a big paycheck,” said Mora when asked who Khan does want to fight.

“It was supposed to have been Conor Benn’s toughest fight to date, but instead, he destroyed the durable Samuel Vargas in a stunning barrage 82 seconds into the first round, prompting referee Michael Alexander to jump in,” said Chris Mannix.

“Vargas thought the stoppage was a little early, but what did you think of his performance?”

It’s unlikely that Amir Khan will agree to take the fight with Conor Benn unless Matchroom Boxing promoter Eddie Hearn throws enormous money at him.

At this point, it would probably take at least $10 million to get Khan (34-5, 21 KOs) to agree to a fight with the 24-year-old Benn because it would involve a tremendous amount of risk.

The 34-year-old Khan hasn’t had a tough fight in two years when he was stopped in the sixth round by WBO welterweight champion Terence Crawford.

Khan’s last fight was in July of 2019 against former IBF featherweight champion Billy Dib, which was a mismatch. It would be a crazy move on Khan’s part to come off a two-year layoff to face Benn.

It would require a lot of money from Hearn for him to get Khan to say yes to the fight, and I don’t think there would be enough for him to take it.

If Khan weren’t already a millionaire, he’d take the fight with Benn in a second.

But then again, if Khan weren’t already wealthy, he would have frequently been fighting in the last two years. We wouldn’t have seen Khan hitting on the couch since 2019 if he weren’t a rich man.