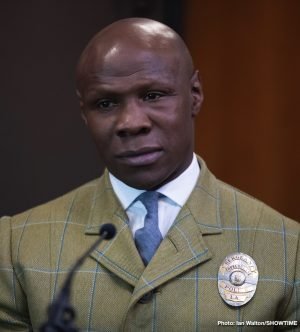 The fight that took place three long decades ago today, between genuinely fierce rivals Nigel Benn and Chris Eubank, was genuine must-see stuff. Not only for hardcore, passionate boxing fans but for people everywhere in the UK.… read full article “30 Years Ago: When Chris Eubank vs. Nigel Benn Gripped A Nation” 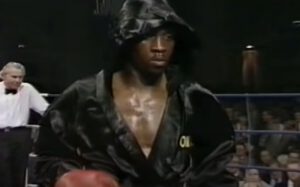 All fight fans recall what happened today a quarter of a century ago. It was the Gerald McClellan-Nigel Benn super-middleweight title fight. Benn won the fight, McClellan was seriously injured, and today, at age 52, “The G-Man” lives with the aid and constant care of his sister, Lisa.… read full article “25 Years On: The Tragic Nigel Benn-Gerald McClellan Fight – The G-Man Is Still Here!” 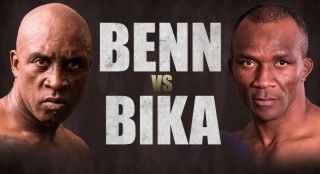 Nigel Benn’s planned ring return at age 55 has now been cancelled. The former middleweight and super-middleweight champion has announced on social media how he suffered a shoulder injury and has now been forced to scrap his comeback.… read full article “Nigel Benn Cancels Fight With Sakio Bika, Comeback, Due To Shoulder Injury”

“I can confirm that I have made a formal application for a boxing licence with the British & Irish Boxing Authority. I refute the claims that I re-applied for a licence with any other accredited sanctioning body (as has been stated in the press).… read full article “Nigel Benn Statement On Comeback”

Former 160 and 168 pound champion Nigel Benn today made it official at a press conference in London: he is coming back to fight Sakio Bika over ten rounds at light-heavyweight on November 23rd in Birmingham.… read full article “Nigel Benn vs Sakio Bika! – “It’s This One Fight And That’s it””

Boxing fans are captivated by a comeback, a ring return that, if successful, can move, inspire and give a feel good sensation to millions. Yet if such a comeback backfires, falls flat on its face as the fighter attempting it does likewise, it can be crushing, even devastating.… read full article “At Age 55, Nigel Benn Should “Stay Put,” Says George Foreman: 55 Is Another World”

For those of you who thougt it might go away, the Nigel Benn comeback: one the former two-weight king is set to launch at the age of 55, this after 23 yars of inactivity (gym work aside, and we know Nigel has kept himself in fine, fine shape; even enviable shape), ain’t going no place.… read full article “The Nigel Benn Comeback Has An Added Twist – Courtesy Of Ricardo Mayorga”

When the story surfaced late last week, telling us how former 160/168 pound champ Nigel Benn was set to return to the ring – at age 55 and after having been inactive for 23 years – it’s likely a number of fans groaned, while others were doubtless skeptical that the ring return would actually happen.… read full article “Nigel Benn’s Comeback Set For Nov.23, Sakio Bika the possible opponent”