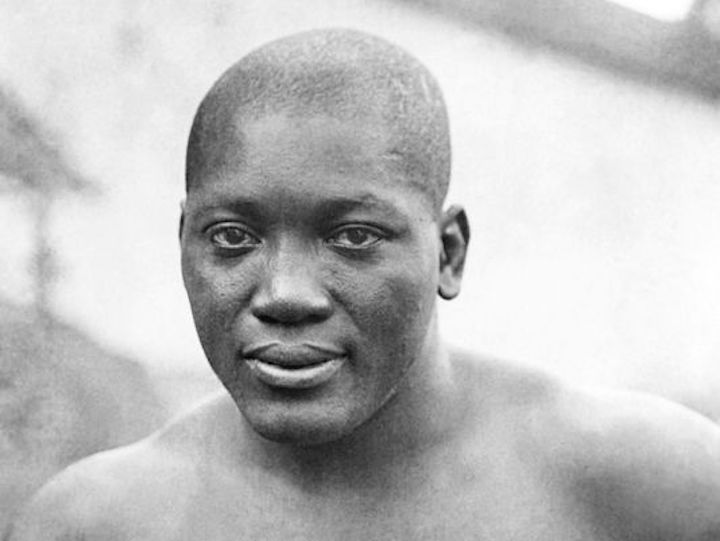 The Johnson story really is a fascinating one. Having ruled the world as heavyweight king since 1908 – to the the annoyance (if that’s a strong enough word) of a large majority of the white race who, during this time of racial inequality, felt the black man was inferior to the white man; Johnson proving such thinking wrong – Johnson had proved unbeatable. Time after time, “The Galveston Giant” would handily defeat the latest “Great White Hope” given the tough task of taking Johnson’s title and “restoring order.”

Eventually, the U.S authorities managed to do what no fighter could, the police arresting Johnson under something called the Mann Act and shutting him down. The champ skipped the country, fleeing to Europe. But soon enough, Johnson, unable to fight very often, ran out of the kind of money his flamboyant lifestyle demanded. Johnson also grew homesick, missing his mother. In 1915, having defended his title eight times, Johnson was offered the chance to fight in Havana, Cuba.

His challenger would be the latest “White Hope,” a giant named Jess Willard. Johnson, who had turned 37 five days earlier, was out of shape yet confident he would be able to beat the “clumsy” and “slow” Willard. Johnson had beaten far superior boxers than Willard, who had size, youth, and physical strength on his side but, in Johnson’s mind, nothing else.

For his part, 33-year-old Willard was coming off two straight KO wins, and he was hungry for the championship. Also, Willard had said before the fight he knew he would take punishment for the first 15 rounds or so, but would then come on and wear the champion down.

Johnson went for the early finish when the fight got underway under the blistering heat in Havana. Johnson was unable to take the giant down, but he built up a commanding lead on points. Indeed, had the fight been scheduled for 12 rounds, or 15, even 20 rounds, Johnson would have retained the title via decision. But as the heat got to Johnson, as exhaustion set in, Willard took over. Johnson, who had talked to Willard earlier, teasing him and laughing at his crude moves, was suffering. His lungs sucking up the dry air, his limbs growing weaker and weaker by the minute, the marvelous champion was caving in.

A big right hand from Willard dropped Johnson in round 26, the soon to be ex-champion laid out on his back, both arms resting above his head. Finally, white America had wiped the golden grin off Johnson’s face. Willard was the new king.

As many fans, no doubt know, Johnson later (as it turned out quite a bit later) claimed he threw the fight, that he was offered a good deal of cash and the promise of being allowed back into the U.S unmolested if he took a dive against big Jess. Johnson used a still photo of himself laid on the canvas, his knees bent, his arms appearing to be shielding his eyes from the hot sun, as “proof” he was not really knocked out. The story proved to have a good deal of mileage in it.

But as had been written, Johnson did not come up with his fabrication for many months, initially saying he had been beaten by “the better man,” that he wished Willard “all the luck.” It turns out, Johnson was some storyteller. Willard put it best when he stated, “If Johnson throwed it, I wish he throwed it sooner. It was hotter than hell down there.”

Johnson did return to America in 1920, where he was then arrested and jailed for almost a year. Never again did Johnson fight for the world title. Retiring in 1931, having boxed some additional fights and exhibitions, Johnson went out with a 71-11-11-3 no-contests (35 KO) record.

Willard held the title for over four years, yet he defended just once, picking up a decision over Frank Moran in March of 1916. Then, on Independence Day in 1919, Willard met a ferocious slugger by the name of Jack Dempsey. The rest is history. Once again fighting under a scorching sun, Willard took the beating of beatings as Dempsey worked him over, smashing his ribs, teeth, and eye socket. Like Johnson before him, Willard had an excuse for losing. Dempsey, Willard claimed in later life, had used loaded gloves. As with Johnson’s claim, not too many people believed Willard’s tale (although some did, and some in fact still do).

Willard fought just twice after nearly being killed by Dempsey, winning one and losing the other. Willard’s final record reads 25-7-2(20).