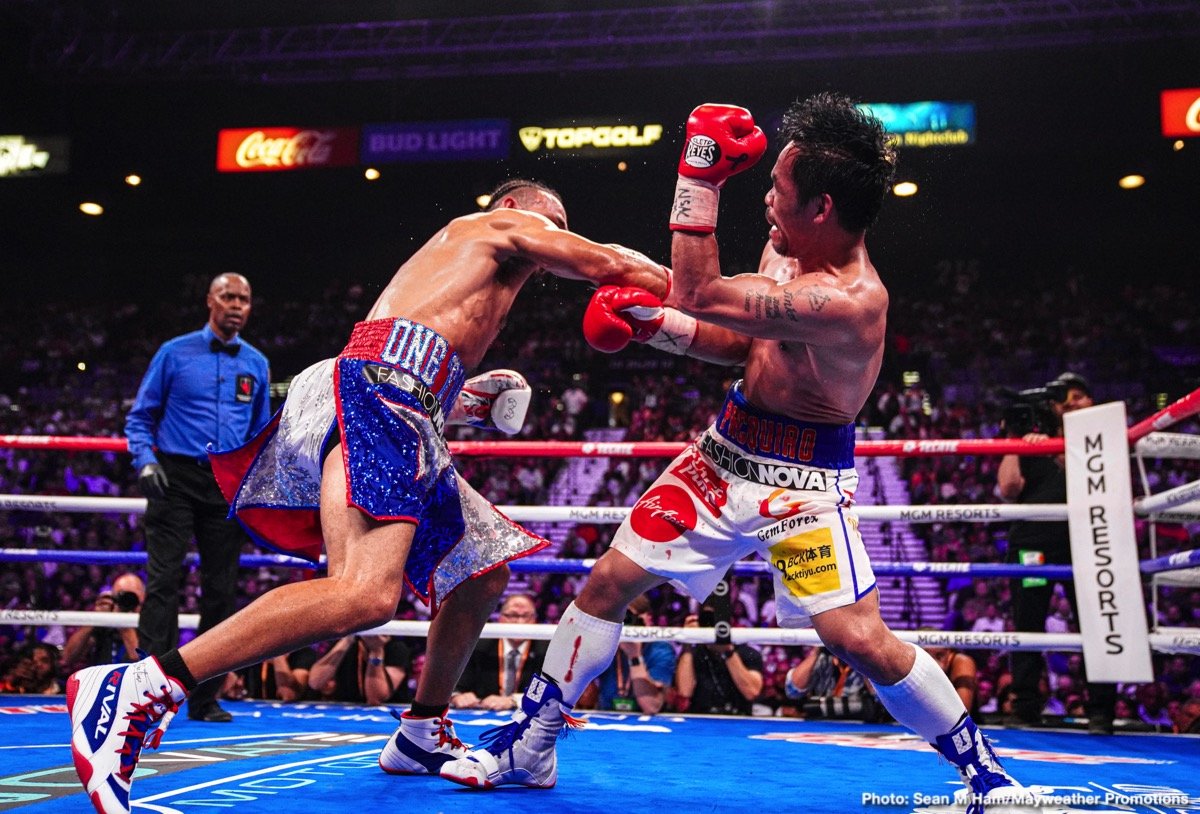 It seems to be all the rage right about now – all-time greats listing their career toughest opponent or opponents. Heavyweight legend Lennox Lewis recently told us all how Evander Holyfield was the toughest man he ever shared a ring with, and now multi-weight king Manny Pacquiao has spoken with The Manila Bulletin to list the four men who gave him his toughest fights in boxing.

Pac Man is, of course, very much still on top, with further big fights a possibility for the amazing 41-year-old once this whole coronavirus battle has been done and dusted. But as it is, Pacquiao, who has been boxing at pro-level since way back in 1995, has no hesitation in listing the following names when it comes to who pushed him hardest in the ring:

As Pacquiao fans know, Manny defeated each of these four fine fighters – twice in the case of Marquez and Morales. Yet the Filipino southpaw dynamo also tasted defeat at the hands of Marquez – in THAT knockout – and Morales. So it might be quite easy to understand why Pacquiao placed those two on his list. But Cotto and Margarito? Didn’t Pac Man gobble up both men in winning fights?

It was in no way anything close to easy to defeat either of the four men he listed, Manny explained to The Manila Bulletin. And as for the super-welterweight win he scored over Margarito in 2010, Pacquiao says that was the most painful fight he ever experienced.

“He was just too big, too strong for me,” Pacquiao told the paper from his village residence while under lockdown. “I never realized how big and strong he was until I felt his punches.”

Pacquiao, speaking in his native tongue, added how a body shot “to the rib-cage almost took the life out of me” late on in that fight.

But Pacquiao defeated Margarito (who was of course soon to be busted for operating with loaded gloves, or hand-wraps), in so doing winning a world title in yet another weight class. But Manny says he could have won belts in even more weight divisions:

But in terms of the toughest fights he ever had, shouldn’t a fellow named Floyd Mayweather Jr. get a mention on Manny’s list?