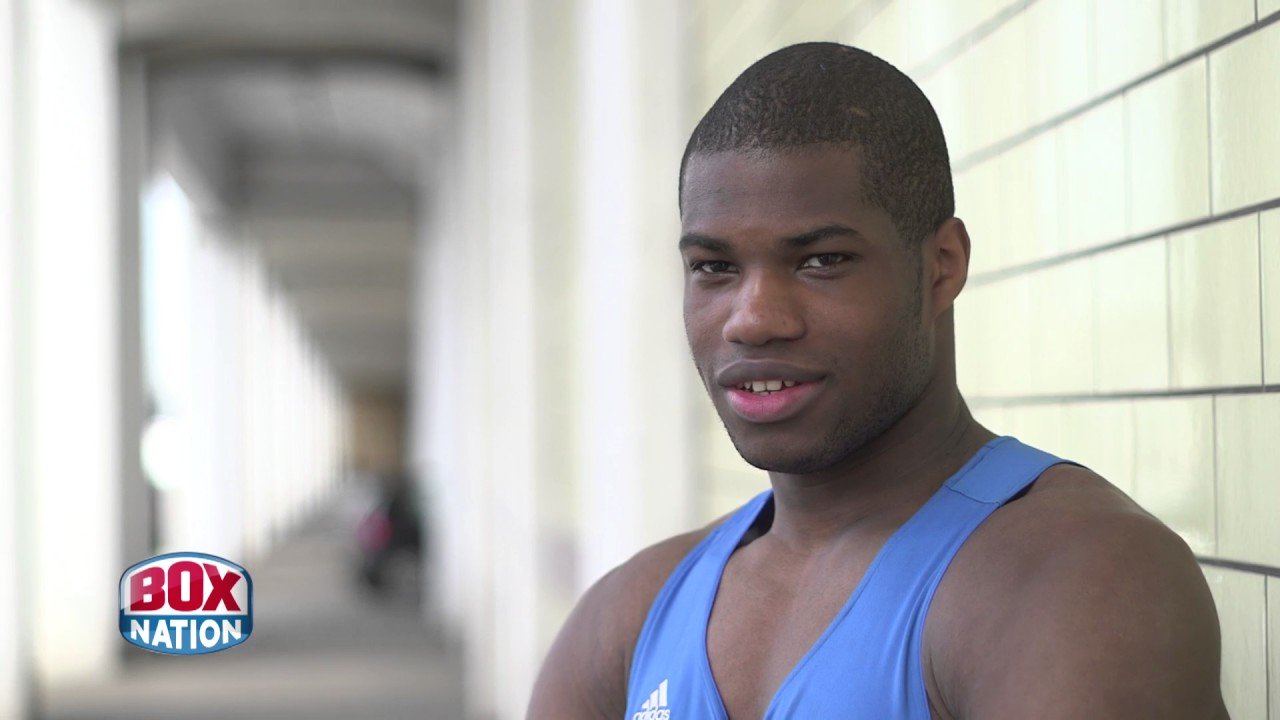 Just two weeks after his embarrassingly easy pro debut (an easy win that came well inside a minute), red-hot 19 year old heavyweight “Dynamite” Daniel Dubois made it 2-0(2) tonight in Leicester.

The exciting prospect was, thankfully, matched significantly tougher tonight, facing Cameroonian 2012 Olympian Blaise Mendouo, who was 3-1(0) coming in, but the result was never in any doubt. Possessing power, speed and youthful aggression, Dubois hurt his man in the opening round, landing two stiff right hands to the head. The much smaller Mendouo (who had boxed as a cruiserweight in his own early pro career) did manage to tag the 6’5” giant with a counter shot, briefly getting the attention of Dubois, and for a fleeting moment it seemed we just might have a fight on our hands.

‘Dangerous’ Dan will face Manchester-based Cameroonian Blaise Mendouo (3-1-0) over four rounds in his second outing as a professional, live on BT Sport and BoxNation.

Tonight in Manchester, 19 year old heavyweight sensation Daniel Dubois of London made his pro debut; winning a quite pathetic mismatch inside a minute of the very first round. Going up against an extremely fleshy Marcus Kelly, 1-0, the amateur standout had nothing to beat and put his debut win in the bank at the .35 second mark of the opener.

Kelly, so much the shorter man against the 6’7” Dubois, came out swinging, giving it a go of sorts, but the magnificently conditioned Dubois, known as “Dangerous,” cracked his advancing target with a tasty left hook to the chin, his follow-up shots soon sending Kelly down. Kelly beat the count, even laughing as he did so, but he was deemed to be in no shape to continue by the referee.

The word on the street is that London teenager Daniel Dubois will soon emerge as the cock of the British heavyweight playground.

With five national junior titles plus a British senior crown already on his amateur CV, the 6ft 5in, 17 stone ‘Dangerous Dan’ is primed to explode onto the professional scene when he debuts at Manchester Arena in early April.

Expect the pending arrival of teenage terror Daniel Dubois to invoke some involuntary bowel movements among the continent’s heavyweight pretenders.

A five time national junior titlist and reigning British amateur champ, the 6ft 5in, 17 ½ stone south Londoner is rumoured to have given Anthony Joshua headaches – both figuratively and literally – in the gymnasium and is primed to leave a trial of prostrate bodies as he blazes through the sport’s showcase division over the next couple of seasons.

Promoter Frank Warren is delighted to announce the signing of highly-rated Heavyweight amateur standout Daniel Dubois on a long-term deal. Hall of Famer Warren is predicting big things for the latest amateur star to come off the Super-Heavyweight production line at GB Boxing’s headquarters in Sheffield.