Photo: vsenabox.ru – The titanic heavyweight clash between big-hitters Alexander Povetkin and Mike Perez to see who will be next up for a shot at Deontay Wilder’s WBC title will be screened live and exclusive on BoxNation on May 22.  » Read More

One fight that sadly seems to have been flying under the radar just a little bit is this Friday’s intriguing heavyweight dust-up between Russia’s Alexander Povetkin (28-1, 20ko) and Irish based Cuban Mike Perez (21-1-1, 13ko) that will be broadcast live from Moscow on Boxnation in the UK/ESPN2 in the States.  » Read More

Maybe it’s his dominance in the heavyweight division, his skill-set and physical abilities above those who challenge him, and perhaps his opposition doesn’t have that explosive marketability, but it seems as though Wladimir Klitschko doesn’t have to push himself too hard in his title defenses, making his fights seem effortless and even static to a degree.  » Read More

Alexander Povetkin (27-1, 19 KO’s) administered a beating to a badly over-matched Manuel Charr (26-2, 15 KO’s) on Friday night in winning by a 7th round knockout at the Luzhniki, in Moscow, Russia.  » Read More 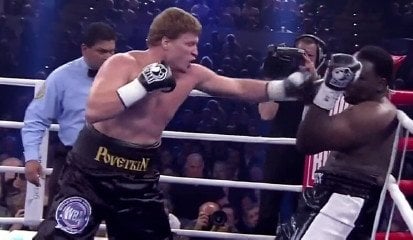 Alexander Povetkin’s trainer Alexandr Zimin has recently suggested that he doesn’t like the idea of having international boxing trainers helping out.  » Read More Before facing Alexander Povetkin, it was quite a while since Wladimir Klitschko was placed against a formidable opponent with the promise of an exciting match.  » Read More