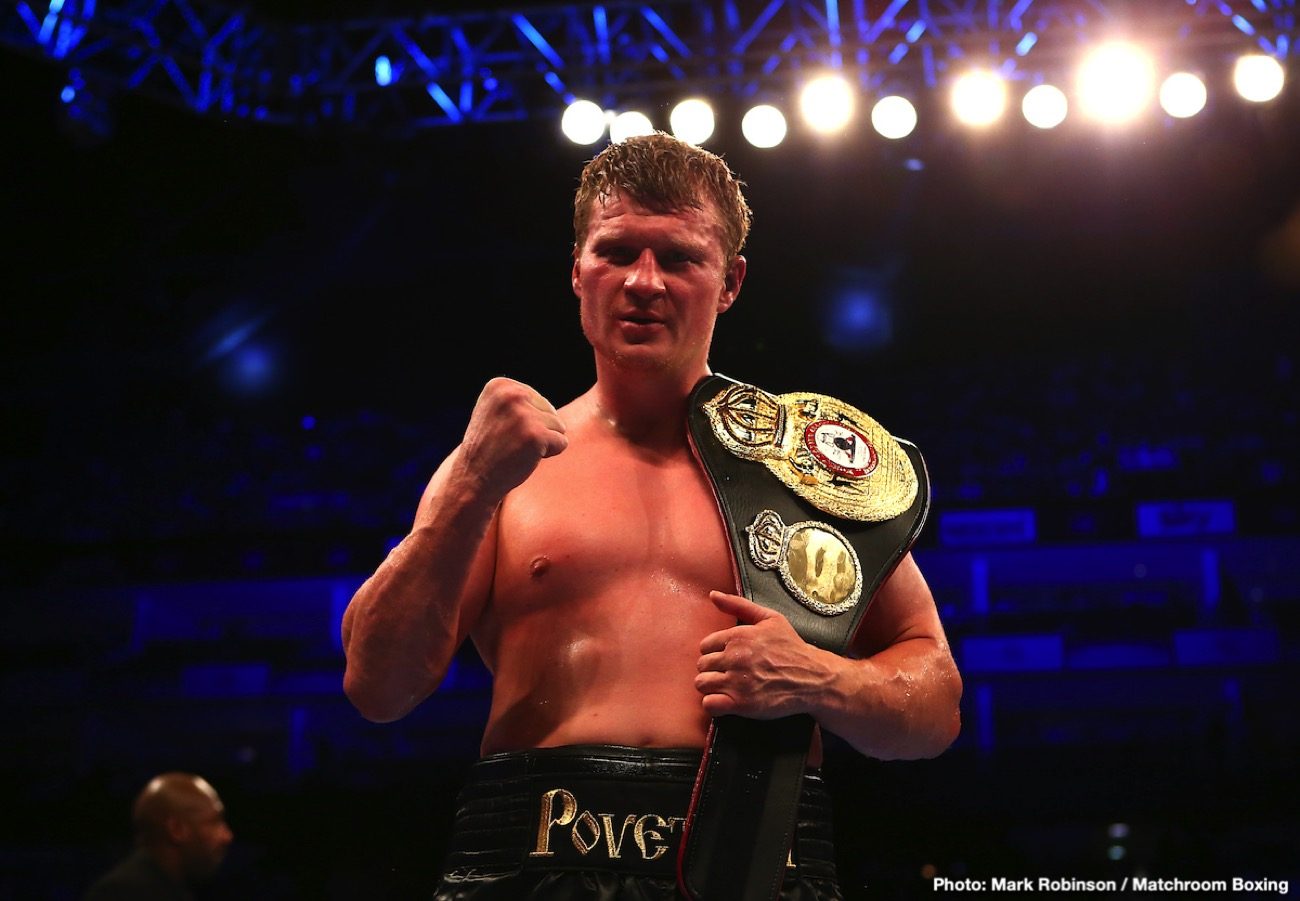 Via his promotional team, Alexander Povetkin has let it be known he wants to fight Tyson Fury soon, next, ASAP. Fresh off his wide decision win over Hughie Fury on Saturday night in London, 39 year old former WBA heavyweight champ Povetkin now wants the main man in Tyson.

For some time, Fury, the proud claimant of the lineal heavyweight title, has suggested Povetkin did not and does not want any part of him. Not so, says a tweet Povetkin’s team, World of Boxing Promotions, put out:

“I would like to fight @Tyson_Fury, he has been talking a lot, saying that I don’t want to fight him. I am ready and interested in the fight! I hope we will meet in the ring in the next fight @Ryabinskiy @VadimK Team,” reads the tweet in full.

As we know, Fury, unbeaten and claiming he feels better than ever, will face undefeated but largely unknown and untested Swedish heavyweight contender Otto Wallin next, on September 14th in Las Vegas. And after that, it should be/will be Fury against reigning and unbeaten WBC heavyweight champ Deontay Wilder in a massive return fight in February of next year. So it seems Povetkin is unlikely to get a shot at Fury any time soon – unless Fury blows Wallin away and decides to have another fight before the end of the year.

Povetkin looks to have quite a bit left, his win over Hughie Fury being reasonably impressive. But of course, beating Tyson’s cousin is one thing: beating the man himself is something else entirely. Still, it would be good to see Povetkin end his career with a big, big fight. Beaten only by Wladimir Klitschko and Anthony Joshua, the Russian giving a good account of himself in both world title fights, Povetkin could possibly give Fury a good deal of trouble in an exciting fight.

Let’s see if Fury shows any interest in accepting Povetkin’s challenge. If he cannot get the Fury fight, where might Povetkin go instead? For as long as he is still active before retiring, Povetkin remains a good fighter to watch.