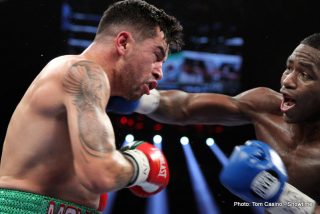 First of all, I need to make it abundantly clear that I despise the way that Adrien Broner conducts himself outside the ring, but I do think he’s a talented fighter… and many casual boxing observers seem to allow their hatred to cloud their judgement and underestimate his overall ability and potential.

I also feel that the Carlos Molina bout was arranged by the promoters to specifically showcase Broner’s talents, which was essentially a glorified sparring session and a confidence builder.

Anyway, after watching the Molina fight for the second time, I did see some improvement in Broner, though subtle, he does appear to be going in the right direction. Here are my thoughts… 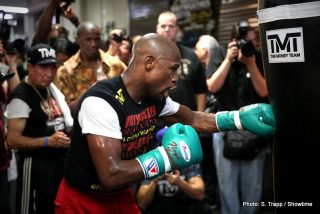 I recently read an article that quoted Manny Pacquiao’s trainer, Freddie Roach, claiming that if the eagerly-awaited Mayweather-Pacquiao super-fight does happen, it could be as a career finale for both men.

During the Pacquiao-Bradley II post-fight interview with Larry Merchant of HBO Boxing, Manny stated that he thought he had two years left as a professional boxer, which means his career would come to a close around May 2016.

Intriguingly, Mayweather has three more contests remaining on his contract with Showtime beyond the Maidana bout. Assuming that Floyd remains undefeated and fights every May & September each year, his final bout under the Showtime banner would be September 2015… and a victory on that date would equal Rocky Marciano’s 49-0 professional record. 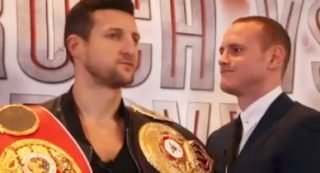 We won’t have to wait too long before we witness the rematch between Carl Froch and George Groves, May 31st to be exact, which is being staged at a sold-out 80,000 capacity Wembley Stadium. So I thought I’d provide my own view of the controversial ending of their first encounter and also express an opinion on the likely outcome of the rematch itself.

Just to be clear, when reviewing the first fight, I believe that George Groves had a comfortable lead on the scorecards, despite whatever the official scorecards claimed, and also thought that the ref’s stoppage was premature. However, I’m convinced that this was a classic case of one punch too soon or one punch too late. I feel that Groves put the referee in a difficult situation by not defending himself effectively when he was on the receiving end of Froch’s relentless onslaught. 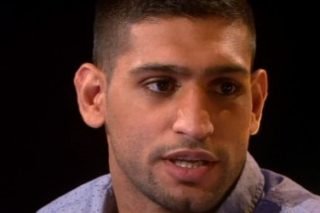 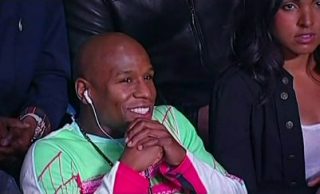 From the fighters mentioned as next opponents, the only boxer that Floyd Mayweather Jr. should face would be Manny Pacquiao (assuming he doesn’t renew his contract with Bob Arum’s Top Rank).

Floyd should not hold the sole responsibility for the Pacquiao super-bout not happening, because (as the old adage goes), “it takes two to tango”, as some of the heavily-publicised demands from Manny’s team from previous attempts to negotiate the fight seemed strange or unreasonable – limited blood testing, 50:50 split of the pot; HBO’s involvement etc.

I also don’t believe that Floyd’s legacy will be tarnished if he doesn’t fight Manny, because it’s not uncommon for some of the biggest stars in boxing not to fight each other, but this has not affected their legacies in any way. For example: Roy Jones Jr. didn’t fight Gerald McClellan, Chris Eubank, Nigel Benn, Steve Collins, Dariusz Michalczewski or Julian Jackson.