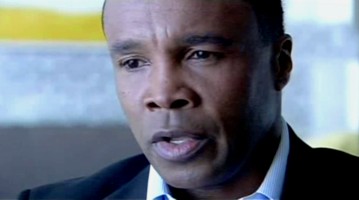 25.08.08 – By Jason Peck– Ever wonder who would win in a fight: Prime Mike Tyson or Ali? Hagler or Hopkins? How about Salvador Sanchez versus Willie Pep? Lightweight Roberto Duran versus lightweight Floyd Mayweather?

Matching up history’s greatest champions is a popular topic for most boxing fans, so it’s no wonder the boxing publications follow suit. In fact, I was just reading the current issue of Ring Magazine, when the magazine’s claim that current WBO welterweight champ Paul Williams could take a prime Leonard Hearns really rubbed me the wrong way..

Now, I’m actually taking the high road here. I’m just going to assume that everyone sees the commonsense argument here: It’s rather premature comparing one of the great welterweights (Hearns) to a fighter who has yet to make a successful title defense (Williams). But I took a deep breath and scrapped that in favor of a deeper look.

Other sports are games of numbers; scores are measured out coldly and objectively. That’s why we can say without controversy that Michael Phelps is the fastest swimmer that ever lived. Namely, because he is – his times are the fastest in recorded history. Place him against a prime Mark Spitz, and Phelps still rules him.

Boxing is different. Comparing fighters from different eras is a matter of opinion and fuzzy logic. But it’s also inherently flawed from the start. Because by doing so, you make the assumption that winning world titles has held the same gravity in every era of modern boxing. Which is totally wrong.

Boxing Monthly recently featured an essay on the subject, which more or less validates my argument. And the argument is, boxing sure ain’t what it used to be.

We no longer live in an era when lacing up a paid of gloves was a rite of passage, when a sizable portion of the public actually had ring experience. Back then, fighters had no shortage of challengers. A rising star could fight dozens of times before his first title shot, and against a wider range of opponents than today’s pugilists. He might even (gasp!) lose a fight or two.

Now we ran into a problem that was exceedingly rare a few decades back. More often than not we see promoters who match their prospects against tomato cans with no chance of winning, thus building a nice-looking – but hollow – resume. Then they move them up before anyone finds what’s going on. And naturally, the prospect can’t handle himself. He’s never been in a situation where the chips were down, where he was being outworked or out-landed. Subsequently, he crumbles.

It’s quite amazing when you think of it – fighters can now win world titles without actually being tested at the world level. Go a few decades back, and you can be reasonably certain that both combatants knew their way around the ring. Hell, most of these guys fought more in a year than some modern fighters do in their entire careers!

There are exceptions to the rule: Some modern fighters could probably take their predecessors, but they’re far and few. Overall, the warriors of yesteryear were more seasoned, more ring-savvy, and tougher than fighters we’ll run into today. Merely qualifying for a world title meant beating a lot of contenders on the way up. By contrast, today’s pugilists have maybe a fight or two against a worthy challenger with a winning record.

Hell, all this is without me even getting into the fragmentation of titles. By far, the most imbecilic argument comes when people compare the champions by the number of title defenses they made.

On paper we can say that Bernard Hopkins has more title victories than any other middleweight, but you’re comparing the IBF with the World Middleweight Title of yore. Likewise, Dariusz Michelcheski has 23 title defenses of his WBO light heavyweight title, more than any other LHW. But these titles aren’t the same as the old-school “World” titles, where everyone had to come through a single champion.

Could Hopkins therefore have stood his ground against “less accomplished” middleweights like Carlos Monzon, Marvin Hagler or either Sugar Ray? Absolutely not! The best he could hope to do is frustrate them before getting clobbered. And could ol’ Darisz stack up against the great light heavies like Michael Spinks or Archie Moore? Somehow, I think that his career stats wouldn’t count for much. By contrast, Joe Louis’s record 25 title defenses looks all the more impressive with each passing year.

In short, “great” is a word that’s tossed around way too often. People compare fighters without making some commonsense comparisons of the eras that produced these fighters. By all means, have fun and imagine Marciano vs. Holyfield. But for your own safety – don’t take it too seriously.