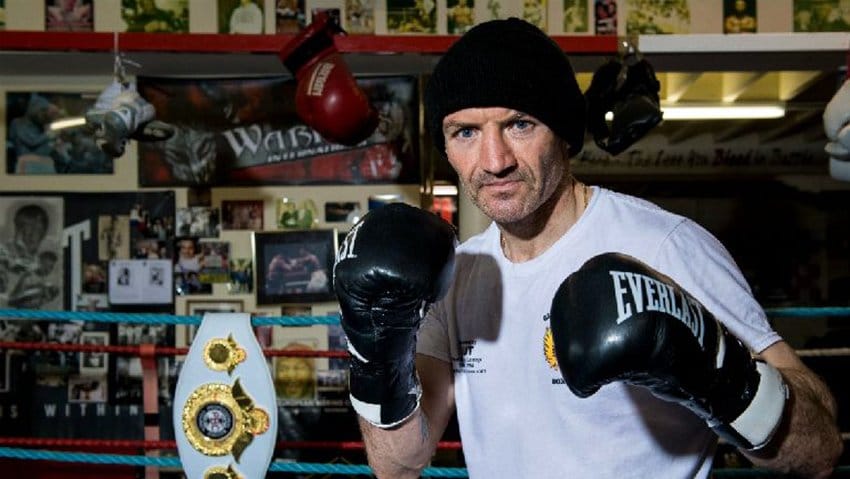 On making the announcement, McAllister said, “It’s great to finally get Scott back into the ring in a very tasty challenge in his first fight back against Paul Peers.

“They’re both signed with Assassin Boxing, so the fight was easy to make.

“Paul’s found some form of late, including winning the PBC international title and Scott’s looking to catapult himself back into the world scene, so it’s got the makings of a cracking fight.

“Both guys are willing to put everything on the line, and I, for one, am very, very excited to see this fight. I fully expect fireworks right from the opening bell; it’s definitely going to be a war!”

Harrison vs. Peers will co-headline along with a Heavyweight contest featuring Danny Williams, most famous for his 2004 knock out victory over Mike Tyson, against PBC International Champion Lee Kellett.

The event will take place in Aberdeen, and while no date can be announced at this time, it is anticipated that there will be an announcement next week by the Scottish Parliament, regarding lockdown restrictions being reduced. Then a date can be set for either late June or early July.

Mr. Di Caro stated that “The series of events will take place behind closed doors and without spectators in attendance.

“There will be mandatory COVID-19 testing for all taking part or officiating the event, and rapid result testing will be undertaken at the venue.

“There will be full personal protection equipment for all involved in the event, as well as hand sanitizer, etc.

“Additionally, there will be regular temperature taking on-site for everyone taking part.

“Each boxer will be required to wear a surgical mask, which can only be removed once they have entered the ring, however, the referee must keep his mask and surgical gloves on, along with everyone’s ringside, including coaches, officials, and broadcast technicians.

“Spit buckets will be replaced with enclosed containers along with a funnel and tube, and full medical coverage, including an air ambulance, will be on site.”

It may have been a bank holiday weekend in the United Kingdom, but Promoter Lee McAllister has been mightily busy finding a top quality replacement for the Danny Williams versus Lee Kellett showdown, that was due to co-headline along with Scott Harrison versus Paul Peers on the UK’s first behind closed doors event, which is expected to take place in late June or early July, subject to the Scottish Parliament announcement of the relaxing of the lockdown restrictions later this week.

The Aberdeen based Five Division World Champion and Promoter, seems to secured not only suitable replacement for the first of a planned fortnightly series of events, but one that will have boxing fans salivating, as today the Aberdeen Assassin announced that Stoke’s unbeaten knockout Artist Nathan Russo (3 Wins all by KO) is set to face big hitting Nicaraguan Wilmer Gonzalez (21-18-1 – 14 wins by KO).

On making the announcement McAllister said;

“Was gutted when Danny pulled out, him against Lee Kellett was a genuine fifty-fifty and that’s the kind of fights we want.

“When I found out Wilmer was still in the UK, it struck me straight away that him against Nathan Russo would be the perfect replacement.

“Both lads love to go forward and are known big punchers, Nathan has stopped everyone that’s stepped in the ring with him and Wilmer has stopped fourteen of his opponents, including WBF European Champion Tommy Jacobs back last September.

“It was a no brainer, it’ll be a cracking fight, an all out war that the fans will love.”

Nathan Russo versus Wilmer Gonzalez will feature on the undercard when Scott Harrison goes toe-to-toe with Paul Peers on the first of fortnightly series of ‘Behind Closed Doors’ events for TV.

The event will take place in Aberdeen and whilst no date can be announced at this time, it is anticipated that there will be an announcement this week by the Scottish Parliament, regarding lockdown restrictions being relaxed, and then a date can be set for either late June or early July.

The event will be broadcast live on Fite TV (worldwide) as well as delayed broadcast in the UK on Sports Channel Network (SCN) Channel 265 on Freeview/YouView.