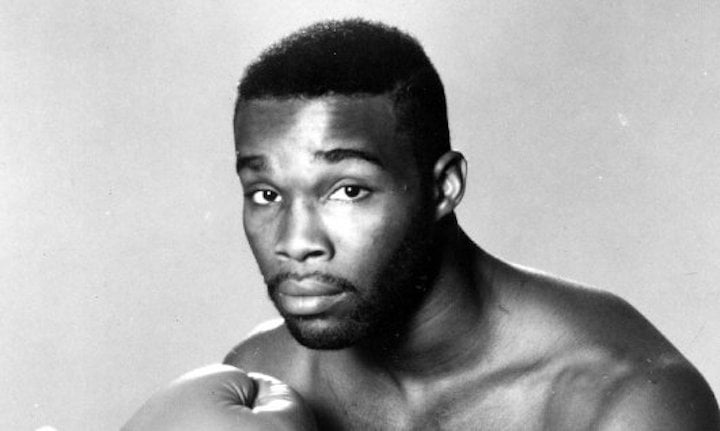 It was the sweetest KO Michael Nunn ever scored and it might have been Nunn’s finest ever ring performance. Back in 1989, southpaw Nunn, the IBF middleweight king, was making the second defence of his crown. Facing the classy Sumbu Kalambay, Nunn was widely expected to have the toughest test of his career. Instead, “Second To” lived up to his boastful nickname in stunning fashion.

The fight, which took place at the Hilton Hotel in Las Vegas in March of ’89, was to have been an IBF/WBA unification showdown, yet Kalambay had been stripped for not defending against Herol Graham (a man Kalambay already held a win over). Despite this, the Nunn-Kalambay fight would, in the opinion of many, crown the best 160 pound fighter in the world.

Nunn was approaching his peak, he was 32-0 and he had a look of greatness about him. Kalambay was the older many by seven years and he was 46-3-1 and had never been stopped. Fans settled in expecting a chess match. Instead they witnessed The KO of the Year.

Nunn, tall and long, came out flat-footed, looking to take the action to the ultra-experienced Italian. Flashing out his lovely right jab, Nunn was relaxed, confident and smooth. Kalambay never got into the fight. A shovel of an in-close left hand that landed flush on Kalambay’s jaw sent him down, Kalambay laid out, almost paralyzed. On instinct, Kalambay tried to rise but he was gone. It was over in less than two minutes.

“Michael Nunn has shocked the world,” bellowed Al Bernstein. Nunn was now the hottest middleweight on the planet. Kalambay, who had beaten big hitters such as Iran Barkley, and all-round greats like Mike McCallum, never knew what hit him in the fight with Nunn.

Nunn really did look to be on his way to greatness. A super-fight with one of the three still-active legends, Sugar Ray Leonard, Thomas Hearns, Roberto Duran, never came, although Nunn sure wanted it. Instead, after some decent if unspectacular wins over Barkley (a close decision) and a pair of welterweights in Marlon Starling and Don Curry, Nunn ran into James Toney and was dethroned. Nunn did rebound to take a title at 168, but he never again threatened greatness.

Kalambay was never stopped again, and he repeated his win over Graham. Kalambay also beat good men like Steve Collins after the Nunn disaster.

In short, the absolute peach of a one-punch KO Nunn scored over Kalambay was one no-one saw coming. Certainly not Kalambay.