Christian Mbilli sending a message to the super-middleweights: Christian Mbilli (18-0-0, 17 KOs) maintained his immaculate record tonight against Jesus Antonio Gutierrez (27-5-2, 14 KOs) at the Military Academy at West Point in New York on Twitch Tv. It was accompanied by his coaches Marc Ramsay and Samuel Décarie that Mbilli managed to put an end to hostilities during the 5th assault against Gutierrez.

“I am very happy with my performance. It was solid! I just sent out a message to the rest of the super middleweight around the world. I’m ready for anyone,” said Mbilli as he stepped out of the ring.

Despite the postponement of his fight against Khytrov, Christian Mbilli kept up his efforts in training to finally face the tough Mexican, Jesus Antonio Gutierrez. the Mexican, who faced many boxers of the elite of his division such as Gabriel Rosado, Esquiva Falcao, and Steven Butler, among others, was aggressive from the start of the fight, he who agreed to fight toe to toe with Mbilli.

Despite his opponent’s intentions, Mbilli dominated Gutierrez from the first minute of the duel, in addition to winning all the exchanges of this fight. Mbilli managed to set his pace and use his power shots to finish the job with a powerful left hook to Gutierrez’s head with one minute and ten seconds remaining in round five.

“I am very proud of Christian’s performance. He showed great skills and we know Christian wants to face the best. We will therefore continue to work hard to find him the best possible opportunities so that he obtains a world championship fight, ”explained Eye of the Tiger Management President Camille Estephan. 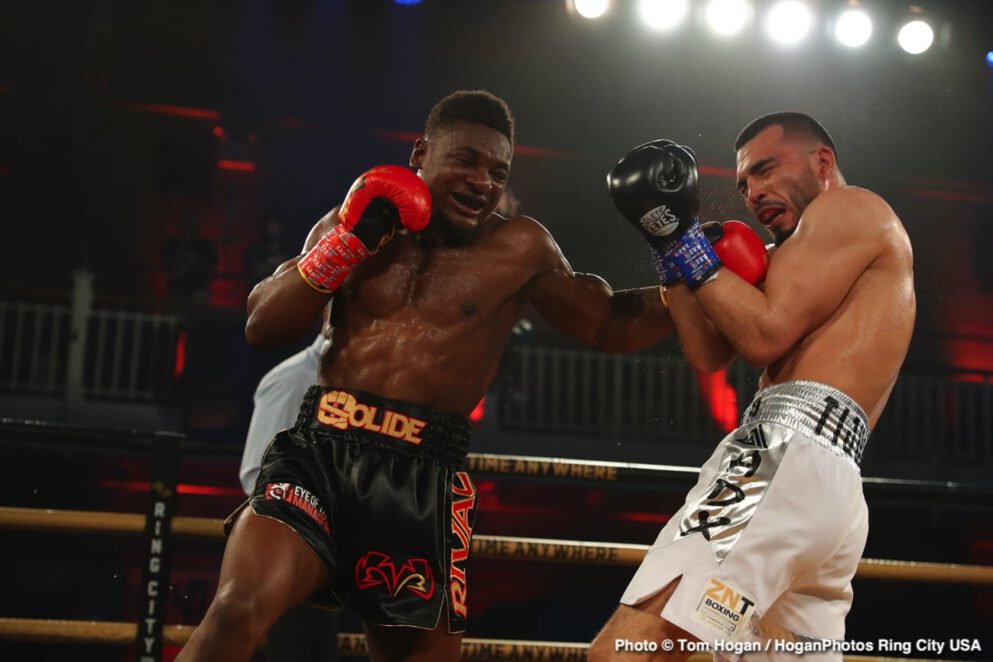 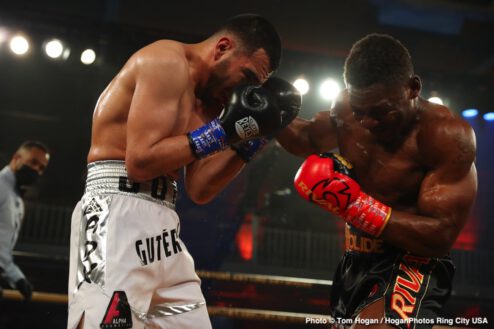 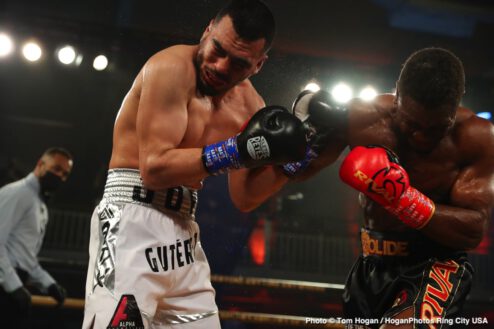 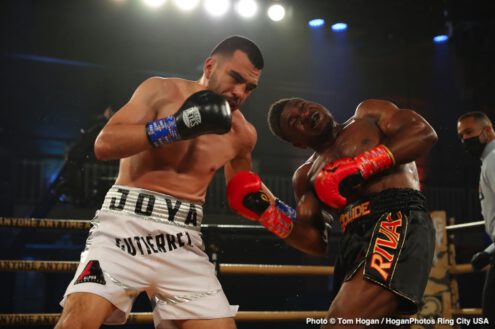 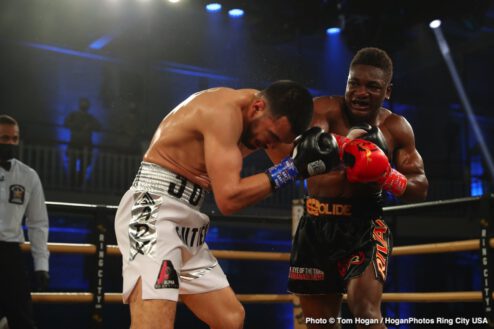 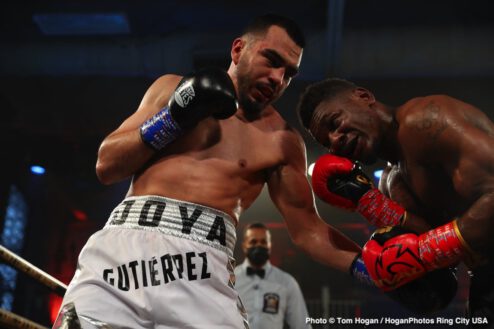 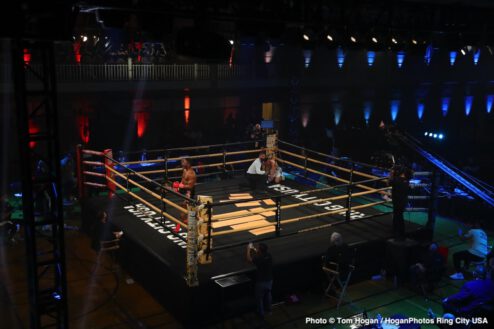 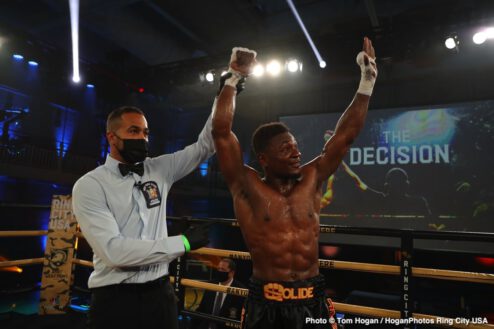 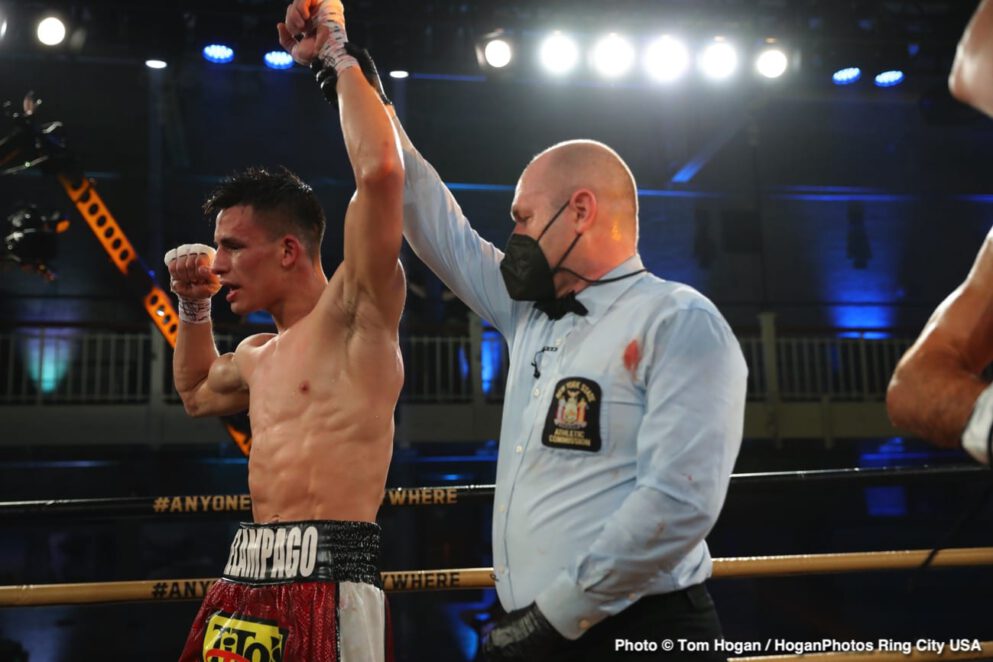 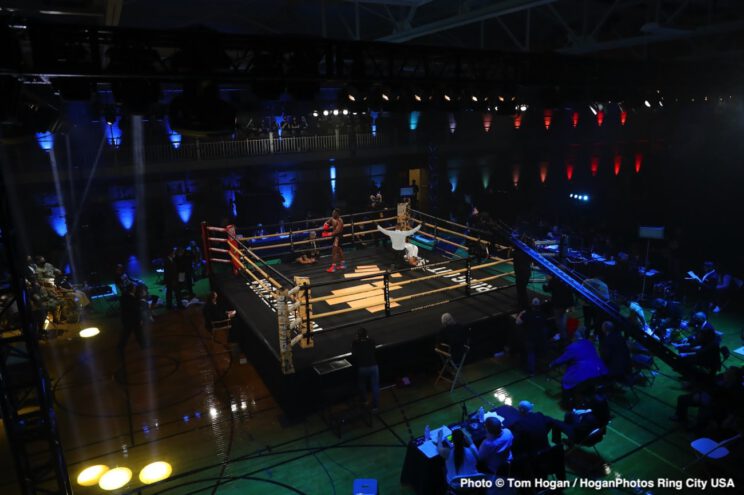 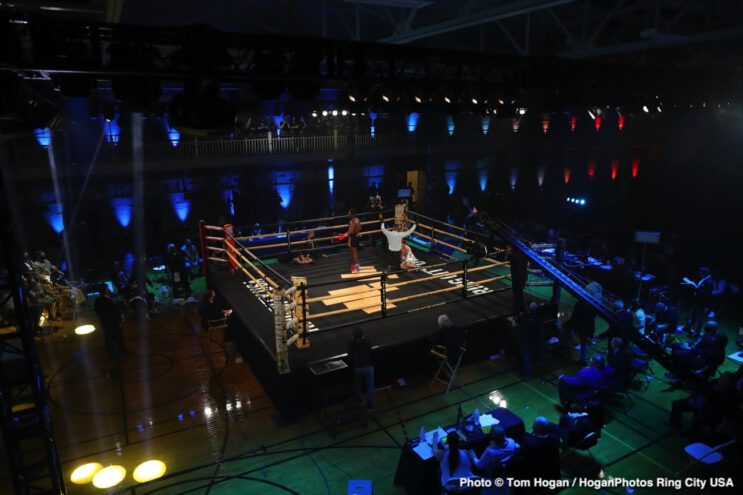 It didn’t take long for Moe Zawadi to announce his presence in the professional ranks.

Zawadi, who is signed to Lee Baxter Promotions, took the opportunity to fight on one of the few cards to take place in Canada in 2021, this one presented by Three Lions Promotions in conjunction with Baxter. In accordance with provincial legislation, there were no fans in attendance, as has been commonplace in boxing over the last year.

“It felt amazing, even though there were no fans in the place, it felt amazing knowing that so many people were back home watching on TV, so the electricity was still there,” said Zawadi. “I had my promoter and my coach there, so I knew what I had to do. It was a once-in-a-lifetime opportunity, and I’ll always remember my pro debut.”

The 19-year old, who won 13 of the 14 amateur boxing tournaments he entered, now enters a middleweight division long regarded as one of the glamour divisions in the sport. But Zawadi doesn’t necessarily see reaching the top of the division as a particularly long-term proposition. Emboldened by the recent trend of amateur standouts fast-tracking towards contention, Zawadi hopes he can follow in those footsteps and find himself in meaningful televised bouts sooner rather than later.

“I just think I sent a message to everyone in the middleweight division that there’s a 19-year old coming to take everyone’s head off,” said Zawadi. “We can’t take fights to just have a padded record. We go in there, we do our thing and we come out victorious. I want those big fights, I want people to think I’m going to lose, I want to be the underdog and prove everybody wrong.”

According to Baxter, the plan is to keep Zawadi as busy as possible considering the restrictions in play across most of Canada. Baxter has been able to secure high profile fights for other members of his stable, such as Samuel Vargas, overseas, and that could be an option for Zawadi as well.

“We have a star on our hands, and we don’t want to let him fade for even a second,” said Baxter. “Moe is the kind of talent that of course you want to nurture, but at the same time, you don’t have to hesitate when you’re trying to match him. He’s a special fighter, and I’m confident that he’s ready for any challenge I could put in front of him at this point in his career.”

Zawadi, who resides in Barrie, ON, is massively popular in his hometown and would frequently sell out amateur events he headlined at home. In particular, he has the backing of IUOE Local 793. A proud union family, his father Mark, brothers Sheher, Abdul and Mohamed, and nephew Alexander, are all among the 16,000+ members of the union, which sponsored many of his amateur outings as well.