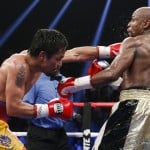 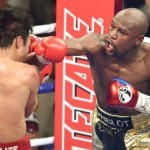 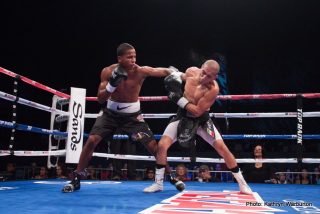 NEW YORK (May 12, 2015) — Undefeated World Boxing Association (WBA) featherweight world champion NICHOLAS “Axe Man” WALTERS of Jamaica, and the boxing gem of Puerto Rico, undefeated No. 3 world-rated lightweight contender FELIX “El Diamante” VERDEJO will headline, in separate bouts, a world championship card in New York during Puerto Rican Day Parade weekend. With 34 knockout victories between them, fireworks are all but assured for this event which will take place Saturday, June 13, in The Theater at Madison Square Garden. Both will be facing undefeated opponents. Walters, who is in the third year of his championship reign, will defend his world title against Top-10 contender MIGUEL “The Scorpion” MARRIAGA of Colombia. Verdejo, in his live HBO debut, will make the first defense of his newly-won World Boxing Organization (WBO) Latino lightweight title against IVAN “Bam Bam” NAJERA, of San Antonio, TX. Both fights will be televised live on HBO Boxing After Dark®, beginning at 10:00 p.m. ET/PT. 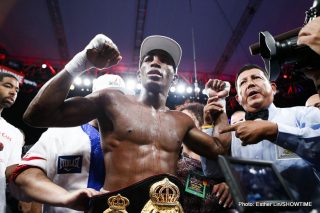 For anybody wondering exactly where top British 122lb fighter Kid Galahad (18-0, 9ko) has been, then the answer has become ominously clearer thanks to a piece of breaking news from The Daily Star in the UK.

Galahad, who last boxed in September 2014 – winning a decision against Brazilian Adeilson Dos Santos gave a positive urine sample following the fight according to the paper and has been handed a 2 year ban by the UK’s NADA – (National Anti-Doping Agency) 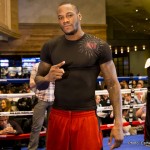 I like Deontay Wilder (33-0, 32ko), lets just say that before I go any further with this article – but I am firmly in an underwhelmed majority, who are quietly sniggering at his choice of opponent for the maiden defence of his WBC heavyweight title – the unheralded and decidedly NOT world-class Eric Molina (23-2, 17ko)

I think it’s fair to say this isn’t the most fantastic use of Wilder’s voluntary defence, but honestly – for a world champ who only knocked over part-timers and mis-matched pros before fighting Stiverne and winning his title, what did we really expect? 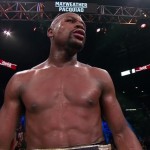 The boxing blockbuster event, Floyd Mayweather vs. Manny Pacquiao, shattered the previous record for total pay-per-view buys and now ranks as the highest-grossing pay-per-view of all time. Initial reports from distributors indicate that the event generated more than 4.4 million U.S. buys and more than $400 million in domestic pay-per-view revenue alone. With additional revenue from the live gate at MGM Grand in Las Vegas, international television distribution, sponsorships, closed circuit and merchandise sales, the event is expected to generate in excess of $500 million in gross worldwide receipts. The news was announced jointly by Showtime Networks Inc., a subsidiary of CBS Corporation, and HBO in conjunction with event promoters Mayweather Promotions and Top Rank, Inc. 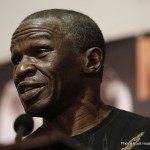 Since he beat Manny Pacquiao 10 days ago, the calls for Floyd Mayweather to face all manner of opponents next have ignited social media – suggestions from the likely to the frankly ridiculous and everything in between.

Wladimir Klitschko at a catch-weight anyone??

All joking aside, on my “highly unlikely” list is the shout for a 154lb contest with big-hitting Kazakh Gennady Golovkin.