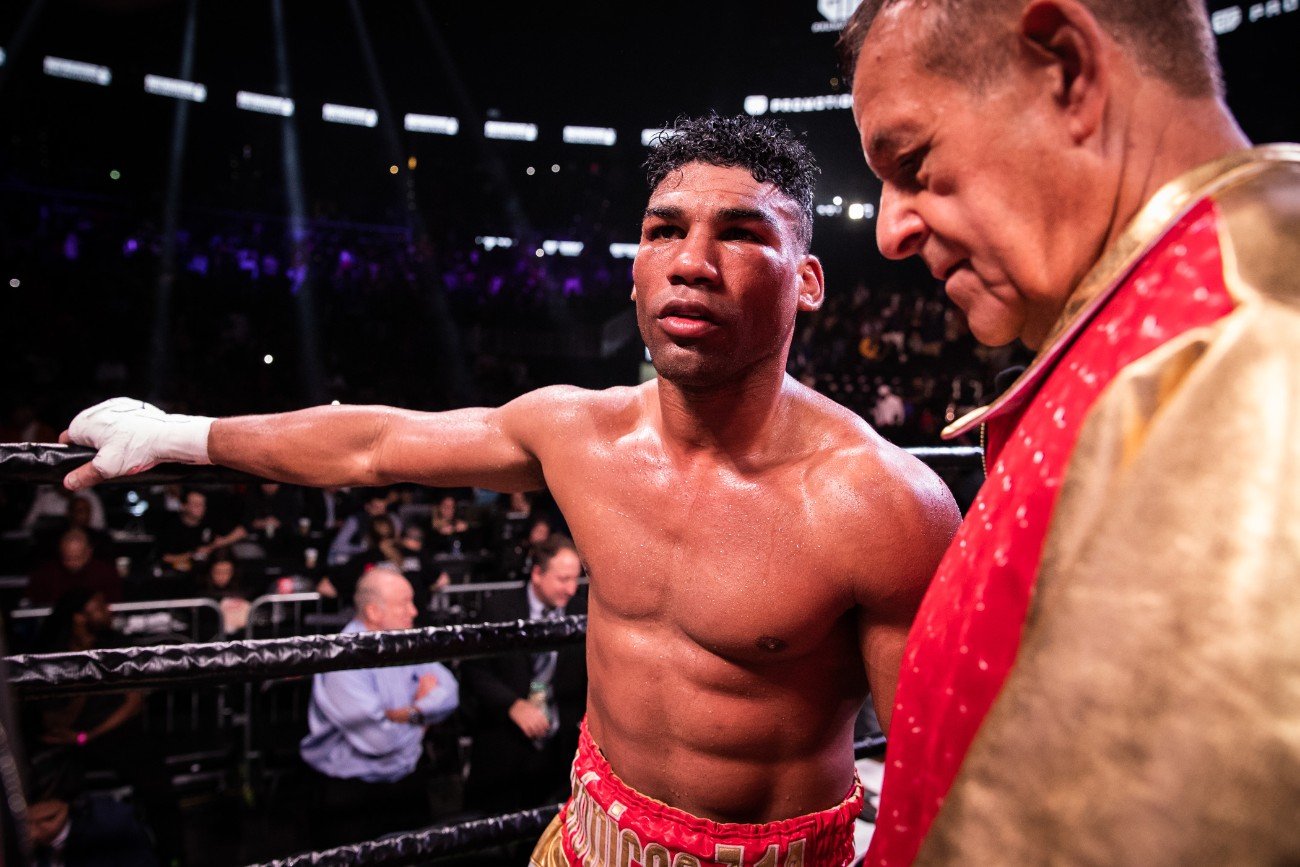 Terence ‘Bud’ Crawford is a household name these days, well for anyone who has half an ounce of interest in boxing. This wasn’t the story 6 years ago, not until he had his coming out fight against unbeaten Cuban sensation Yuriorkis Gamboa. Both fighters had a zero to defend but only one man would maintain their unbeaten record. After nine action-packed rounds Gamboa was stopped in emphatic fashion. Crawford had arrived, the Light and Super-Lightweight division were on stand-by there was a new kid in town.

28-06-2014 Bud would welcome Gamboa to his home town of Nebraska, the Cuban would have 36 minutes in which to pries the WBO Lightweight title from its owner. Crawford had only won the title in his previous fight, an away win against long-reigning champion Ricky Burns. The win was impressive, to get a points decision in Glasgow against their hero, the fight would have to be near perfect, and it was. Terence could have taken an easier first defence but that’s not Bud’s style, he has immense self-confidence and relishes a challenge.

This would be Gamboa’s second fight at lightweight, the first being an interim title fight against future world title challenger Darleys Perez (British fight fans might know Perez for his 2 brilliant fights with Anthony Crolla). Gamboa would take a unanimous decision, but instead of building momentum to keep the ring rust off before his title shot Gamboa fought no one. The lay off would be over 12 months which isn’t ideal when you’re coming in against a man of Crawford’s abilities.

The Cuban however wouldn’t let himself down, most fight fans and bookmakers alike felt this fight was a foregone conclusion, but what unfolded on that night in Nebraska was fireworks, the fight would make the shortlist for 2014’s fight of the year. Gamboa, naturally the smaller man, started the fight on the outside, using his lateral movement against the Southpaw champion. This was the correct tactic and brought Yuriorkis a lot of success. The fight seemed to play out as Speed V Power, Gamboa using his superior hand speed and blurring footwork to maintain his distance, then strike like a cobra unloading a flashy combination, then retreat to safety. Crawford continued to press forward and use his best feature of the night, Timing. When Yuri tried to negate his way inside, Crawford would try and halt him with his trademark left cross. Although the Cuban was landing the flashier punches it was Crawford’s shots that, not only carried the power but also caught the eye of those in attendance. It seemed, although Gamboa was performing well it was only a matter of time.

The 5th round would see the gutsy challenger touch down for the first time, a well-timed right had from Bud stiffened his game opponents legs, Crawford didn’t need a second invite to continue the assault and 1 left hook later, Gamboa fell heavily to the canvas. Many thought the fight would end there, even when Gamboa got to his feet it was clear his legs weren’t under him, despite his best efforts to deceive all in attendance.

The remainder of the fifth round would see the Champion chase down his injured foe but Gamboa has heart by the barrel load. Not only did he survive the round, he even pushed Crawford back with his lightning-fast combinations and the fans lapped it up. Into the sixth round and Yuri had managed to compose himself, as professional as ever he continued to deploy the game plan he and his team had been working on in the months leading up to this championship fight. As the clocked ticked the muscles tired, this was clearly more evident in Gamboa than it was Bud. He was taking longer to get out of the pocket, and although the difference in speed was only minor, that’s all it takes at this level to end a fight.

The seventh-round was all-out war, with both fighters trading shots, this suited the naturally bigger champion. A three-punch combination would see Gambo stagger and fall to his knees, another knockdown, but again the challenger would continue to fight like a warrior.

Crawford was landing with more frequency, Gamboa still fought on doggedly but his punches lacked the speed of the earlier rounds. Terrence could avoid them, and that meant he had gaps for counters. The more the fight went on, the more the Champion was landing and the ninth round would spell the end for the brave challenger.

With forty-two seconds left in the round Crawford, who looked like he had been buzzed himself, landed a looping right hand that immediately stunned Gambo. Two punches later Yuri would find himself on the canvas for the third time. Hurt, exhausted and behind on all three judges’ scorecards Yuri could have been forgiven for staying down, but his massive Cuban heart wouldn’t allow him to go out like that. Back to his feet again he walked to a neutral corner, the referee calling the count giving the mandatory eight count. The referee would ask Gamboa if he was okay, he would reply with a bow, signaling his will to continue the fight. Unfortunately for him he wouldn’t last until the end of the ninth round. A staggering challenger, still throwing punches, would receive a solid right uppercut which, in the referee’s opinion was enough. He waved off the fight, the Cuban in no fit state to continue.

With Terrence still to name his next opponent, it would be great if he could find another ‘Gamboa’ to produce another classic fight.