Tyson Fury is upset at the comments made by Deontay Wilder’s brother Marsellos Wilder on Instagram about him possibly having loaded gloves last time he fought ‘The Bronze Bomber’ on February 22 this year. Marsellos says the “autopsy” of Deontay’s skull revealed that he has a dent in on the left side of his head.

Wilder was hurt by a right hand shot that Fury hit him with on the left side of his head in round three. The punch from Fury decked Wilder, causing him to lose his balance for the remainder of the fight before he was stopped in the seventh. Wilder was also bleeding from his left ear from the third round.

Marsellos suspects foul play with Fury loading his gloves. But Fury was watched the entire time by Wilder’s trainer Jay Deas and the Nevada Commission when he had his hands wrapped in the dressing room before the fight. They watched Fury’s gloves being put on, and there was no chance of him being unseen.

“It was discovered by doctors that my brother has a dent in the side of his head (due) to a blunt object struck against his head from his last fight. No glove or fist was able to cause the damage according to the autopsy,” said Marsellos on Instagram about Wilder’s head.

Fury (30-0-1, 21 KOs) and Wilder (42-1-1, 41 KOs) will be meeting for a third time later this year in a trilogy match at a still to be determined location. While it’s possible that Fury could win by a knockout again, it’s doubtful that Wilder will retire afterward. He can still make money fighting guys that he has a better chance of hitting.

Wilder likes to fight long, which makes it hard for him to land his shots against a moving target like Fury. To land against Fury with any degree of accuracy, you need to fight him at close to medium range, and maul him the way Otto Wallin did. 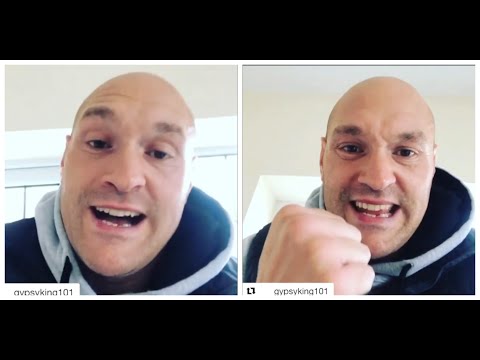 Wilder can’t fight on the inside, though, and his power isn’t impressive at medium range. He’s got the potential to KO Fury from long range if he lands, but it’s not easy to hit him with shots that are thrown from long range.

“I just read an article before saying that I had some blunt objects in my gloves,” said Fury on his Instagram. “Yeah, two big 19-stone, 275lb destroyers in each glove,

“So, yeah, getting punched on the temple may (dent your head). The next time I’ll put a dent in his boxing career and end it because it’ll be two knockout losses in a row. Bye-bye forever.”

Wilder has got to change things up if he wants to avoid being knocked out against by Fury because you can bet that he’s going to try and use his 270+ pound bulk to walk him down. Wilder was getting pushed around by Fury, and he couldn’t do much. When Wilder did try and land, he missed most of the time, and never landed a clean shot during the second fight.

Wilder is in a predicament here. If he fights the way he always has, he’ll probably lose unless he gets lucky and lands one of his huge blows thrown from the outside. If Wilder attempts to fight on the inside, he may be overmatched in that area too by Fury. Either way, it’s not looking good for Wilder. Whether he retires or not afterward is hard to predict.