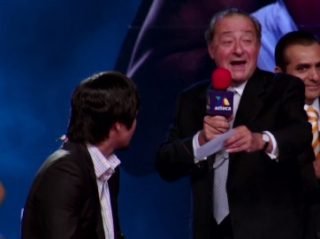 The saga continues in the wake of May 2nd and THAT rotator cuff, with a seemingly insatiable desire of the masses to examine and dissect every single aspect of “The Fight That Never Caught Light” and the reasons for Manny Pacquiao’s loss to Floyd Mayweather.

While it’s fair to say that boxing purists and hardcore fans have moved on and left happy, if a little underwhelmed – two camps appear now to exist.

Those that flatly don’t believe in the validity and/or extent of the injury – and it’s impact on the loss – and those that do. 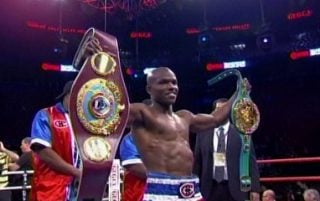 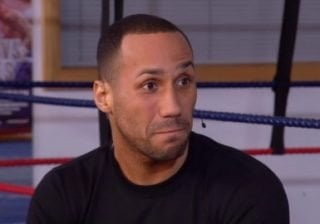 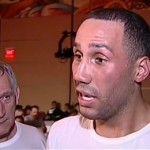 DeGale, who is hoping to become the first gold medal winning British Olympian in history to go on and win a world title in the pro game, has spoken to Sky Sports ahead of the eagerly anticipated battle of two tricky southpaws to insist he firmly believes that Saturday is his destiny and everything he has worked so hard for will culminate in championship gold around his waist. 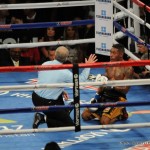 One of the names that keeps getting linked to Gennady Golovkin – despite the unlikeliness of the fight ever happening – is Floyd Mayweather – who after intense criticism over “The Fight Of The Century”, needs a decent name for his September date and final Showtime fight.

Whether Amir Khan, Keith Thurman, Miguel Cotto or Donald Duck gets the call, the talk surrounding Golovkin simply will not go away. Furthermore after we saw how Monroe and his pure boxer style was arguably able to nick a couple of rounds against Golovkin, there is a belief that Floyd might actually fancy the task if Golovkin boiled down to 154lb after all. 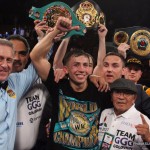 In the wake of his sublime 6th round destruction of Willie Monroe Jr, Gennady Golovkin’s trainer Abel Sanchez has spoken out to address the issue of future fights for the Kazakh wrecking machine – saying that it’s the other big names out there in and around 160lb (like Cotto and Canelo) who need to step up to fight his man – insisting that Golovkin himself is not afraid to lose his ‘0’ against marquee names in the big fights. 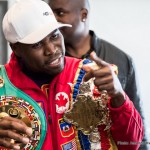 He has had his fair share of heat over Adonis Stevenson as of late, yet Main Events chief Kathy Duva has come to the defence of her fighter – WBO, WBA & IBF 175lb champion Sergey Kovalev – and spoken to fighthype.com to further clarify their position regarding any potential fight, saying “Adonis needs to make up his mind” whether or not he really wants to get in the ring with the Russian puncher.

With the main sticking point being the respective television deals of the fighters, it would appear that Duva will not back down over the fight needing to be on her broadcaster HBO – something that could crucially prevent it from happening. 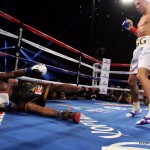 The 20th consecutive KO (TKO) win for Golovkin was less eventful than “the big drama show’ catch phrase suggested. The fight took place on May 16 and the venue was the Forum in Inglewood, Cal. The challenger Willie Monroe Jr. (19-2, 6 KOs), a US southpaw with Cuban roots, was known for his speed but not his power and he was not expected to rock and test the Kazakh with concussive leather. Monroe comes from a boxing family – his uncle Willie “The Worm” Monroe once outpointed Marvin Hagler of all middleweights handing him his 2nd pro loss – and when you add the Cuban connection the bar goes up a notch as well. Willie was a Boxino tournament champ and his only loss had been a UD to Darnell Boone, an under-appreciated but notoriously awkward customer who KOed Adonis Stevenson and has scored knock downs over Sergey Kovalev and Andre Ward. The undefeated Golovkin looked forward to fighting a slick southpaw and they were of equal size with a reach advantage in favor of the American. Here is a round by round recap of the bout: