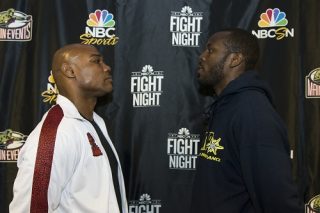 Philadelphia, PA: This afternoon at the Joe Hand Boxing Gym in Philadelphia, PA members of the media gathered for the kick-off press conference for the Friday, April 4th fight at the Liacouras Center in Philadelphia, PA between Steve “USS” Cunningham (26-6-0, 12 KOs) of Philadelphia, PA and Amir “Hardcore” Mansour (20-0-0, 15 KOs) of Wilmington, DE. The fight will be for the USBA Heavyweight Title and will be broadcast live on NBCSN Fight Night at 10:00 PM ET/ 7:00 PM PT.

Hall of Fame Matchmaker, J Russell Peltz has a long history of putting on great fights in Philadelphia. He said, “In this fight we have the bull and the matador. Here Mansour comes forward like a bull and Steve Cunningham is the matador. Both guys are from the neighborhood. Fights like this are what make Philly the great fight town it has been. Both fighters took a long road to get here. I am really pumped for this fight.” 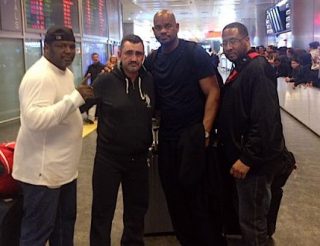 Tony “The Tiger” Thompson arrived in Istanbul, Turkey, this afternoon for his WBC International Championship bout against 2004 Olympic gold medalist Odlanier Solis this Saturday (March 22nd) in Tekirdag. The ring veteran from Washington, D.C. is used to traveling. The clash with Solis will be Thompson’s fifth consecutive fight outside of the USA. His last bout on home soil has been a third round TKO win over Maurice Harris almost three years ago.

While “The Tiger” lost his last fight on the road – a lopsided 12 round unanimous decision to IBF #1 Kubrat Pulev in Schwerin in August 2013 – he also had some success fighting abroad recently, knocking out British prospect David Price twice in February and July 2013. 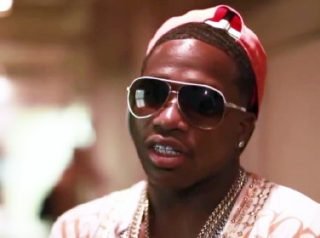 WASHINGTON, D.C. (March 17, 2014) – Two world championship fights on one night is great for boxing fans. But Golden Boy Promotions and SHOWTIME believe that three is even better. So, on Saturday, April 19, joining the title fights between Bernard “The Alien” Hopkins and Beibut Shumenov and Peter “Kid Chocolate” Quillin and Lukas Konecny there will be a battle for the IBF Welterweight World title between champion Shawn “Showtime” Porter and former two-time and two division word champion and current NABF Welterweight titleholder Paulie “Magic Man” Malignaggi, making this tripleheader at the D.C. Armory in Washington, D.C. a must see.

“I fought hard to get this title. Paulie says he wants it, but is he willing to go through me to get it?” said Porter, who won his crown with an impressive win over Devon Alexander last December. “Fighting Malignaggi is like fighting Alexander. They don’t have the strength or power to keep me away, and I will steamroll Paulie on my way to victory April 19.”

Email
WhatsApp
Tweet
Share
Fierce rivals Dereck Chisora and Tyson Fury collide in the biggest heavyweight grudge rematch in recent years with the winner earning the right to face Wladimir Klitschko for the WBO Heavyweight Championship of the World.

Not only will the winner get Klitschko, but the prized British Heavyweight Championship will also be on the line in this crucial showdown.

Chisora v Fury headlines a blockbuster show titled ‘The Fight For The Right’ at the Phones4U Arena in Manchester on Saturday 26th July promoted by Frank Warren, in association with Queensberry Promotions and Hennessy Sports, and sponsored by Rainham Steel. 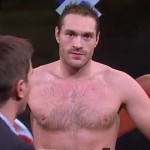 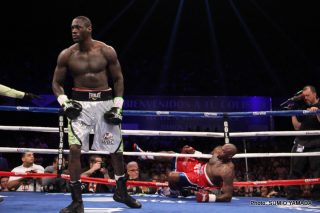 The first of several Showtime bouts was short, but exciting. Approximately six years ago Juan Manuel “Juanma” Lopez destroyed Daniel Ponce De Leon in one round. The win propelled Juanma to the top of his division. Ponce De Leon had to fight hard to regain his position at the top level of the division. Saturday the two met again.

This time both had grown into junior lightweights, and neither was young or up and coming phenoms. Rather, both men were fighting to extend their careers be serious title contenders. The question was who had the most left?

The first round was very cautious, so much so smatterings of boos could be heard from the Puerto Rican Crowd. The round was a difficult one to score. Ponce de Leon pressed the action in the second, trying hard to protect himself from southpaw JuanMa’s powerful right hook, the punch that was responsible for his kayo loss in their first bout. It seemed like he had learned how to get under it, or block it.

Email
WhatsApp
Tweet
Share
Going into the rematch fight, we knew super-featherweights Juan Manuel Lopez and Daniel Ponce de Leon would exchange bombs in a can’t miss fight. And last night in “Juanma’s” homeland of Puerto Rico, on a card that was headlined by Danny Garcia’s controversial points win over a determined Mauricio Herrera, we saw a blisteringly exciting battle that was, unfortunately, tarnished somewhat by yet more controversy; this controversy coming by way of a premature stoppage. 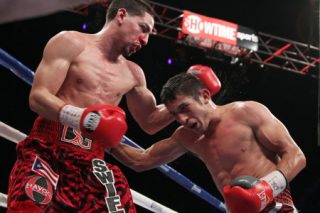 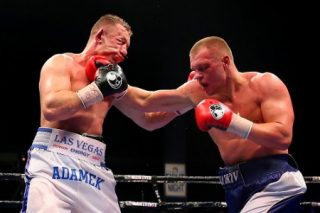 (Photo Credits: Rich Graessle/Main Events) Bethlehem, PA: “Czar” Glazkov did what only two out of 51 men before him managed to do – defeat veteran brawler Tomasz “Goral” Adamek. In a twelve round unanimous decision the 29 year-old Olympic Bronze Medalist from Lugansk, Ukraine (17-0-1, 11 KOs) remains undefeated as he upsets the 37 year-old veteran from Gilowice, Poland, Tomasz “Goral” Adamek (49-3-0, 29 KOs) to win the NABF North American Heavyweight Title and secure the #2 position in the IBF.

Two judges scored the bout 117-111 and one judge scored the bout 116-110. Glazkov landed an amazing 37% (212 of 580) of his shots on the veteran Adamek, who landed only 21% (161 of 761). Czar said, “I would like to thank Main Events and Kathy Duva for giving me this opportunity and taking me to this road. I also want to thank Tomasz Adamek for taking this bout and giving me this opportunity. He was risking more than I did. Tomasz was not a guy who was backing up, he was coming forward. It was a very good bout.”

What Is Your Favourite Muhammad Ali Fight?916 Total Shares