Hall of Famer “Iron” Mike Tyson is the youngest World Heavyweight Champion of all-time and in 1987 he was voted “World’s Most Popular Athlete.” The living legend became a boxing promoter last year, partnering with Garry Jonas to form Iron Mike Productions, which has announced its new monthly boxing series, “KO Kings of Tomorrow,” starting February 22, at Sands Casino Resort in Bethlehem, Pennsylvania.

Irish sensation Carl Frampton is one step away from a mega-money showdown against Mexican superstar Leo Santa Cruz.

The undefeated super-bantamweight ace will first have to get past Hugo Cazares, live and exclusive on BoxNation, when the pair meet on April 4th in a showdown at the Odyssey Arena in Belfast.

Gary Buckland says a move up to Lightweight will bring the best out of him as he faces Gavin Rees in a British title eliminator on Saturday night (February 1) at the Motorpoint Arena in Cardiff, live on Sky Sports.

Banner Promotions and ESPN’s Friday Night Fight’s will team up this February to showcase a tournament that will develop boxing’s newest stars. The 2014 Boxcino Championships will be a single-elimination, two weight class tournament that will feature eight fighters in both the lightweight and middleweight divisions.

Farrag has targeted a title challenge by the end of the year and needs to beat the battle-hardened Booth to prove that he is ready to step up to championship level. He’ll meet the Nottingham fighter over eight-rounds on the undercard of Paul Butler’s WBO/WBA Intercontinental Super-Flyweight title defence, live and exclusive on BoxNation (Sky Ch. 437/Virgin Ch. 546).

This Friday night at the Richard J. Codey Arena in West Orange, New Jersey, Three members of the GH3 Promotions will be in action with two being featured in prominent fights as part of ESPN Friday Night Fight’s televised portion of the 12 bout card. 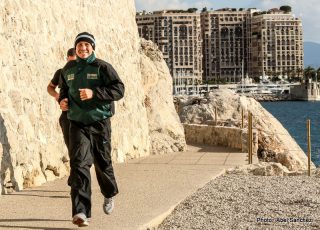 BoxNation subscribers get a chance to assess whether Kazakh crusher Gennady Golovkin is the most explosive puncher presently active in boxing – as many experts are suggesting – when he makes a ninth defence of his WBA World Middleweight crown live on the Channel of Champions this Saturday evening.

‘Golden Gennady’, 31, has knocked-out 25 of his 28 pro opponents – including each of his last 15 – inside the scheduled distance and, eager to secure the superfights that will vault him among the sport’s biggest earners, he’ll be hoping to extend the streak against tough Ghanaian Osumanu Adama at the Salle des etoiles Monte Carlo.

The 33 year old African challenger, known as ‘Machine Gun’, lasted the full 12 round trip in an abortive IBF challenge to Australia’s Daniel Geale in March 2012 and boasts a stoppage victory over Russia’s Roman Karmazin, a former IBF light-middle titlist. Therefore, expect him to take some shifting.

Having been stopped in his final 2012 outing by world class Thabiso Mchunu, Danie Venter began 2013 with two low key wins over Nsitu Mbaya (TKO 1) and future WBF All Africa Heavyweight Champion Elvis Moyo (W 6) and it certainly did not look like he would become the WBF’s ‘Fighter of the Year’. But it took him less than a round last September to achieve just that when the man from Johannesburg climbed into the ring against Shawn Cox from Barbados. Aside from a decision loss in Italy some four years ago, Cox had only lost against the outstanding Denis Lebedev, not before rocking the Russian down to his boots. So no expert expected the fast and sudden ending that Venter achieved by blowing away Cox in the very first round to annex the vacant WBF World Cruiserweight crown. A stunning result indeed. Thus, Venter went from a loser to 3-0 in 2013 plus a world title to boot in most impressive fashion – impressive enough to merit the ‘Fighter of the Year’ award.