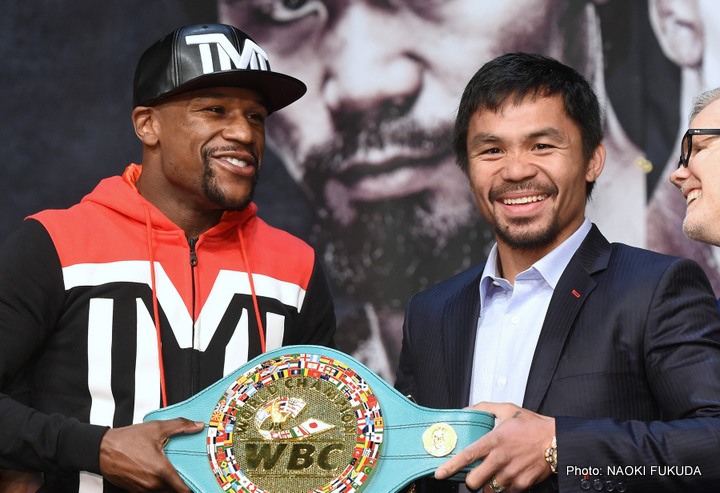 How do you know when a super fight is near? When people who don’t watch boxing start talking about boxing. At my gym (non-boxing), I heard someone ask “You going to watch the fight coming up?” Yes, “the fight” says it all.

How we got here?

A chance meeting at a Miami Heat game between Floyd Mayweather and Manny Pacquiao helped make this fight a reality. From then on, talks between the fighters progressed to the promoters and surprisingly, it didn’t take long to get this fight signed and official. After 2010, I lost hope of this fight ever happening. Olympic style drug testing and failed negotiations knocked this fight out and set boxing back a bit. Pacquiao lost two straight fights in 2012 and that closed the book on this fight for a while. Boxing was missing out on a super fight. After all, how strong is the sport compared to others when you can’t make the biggest fight happen? Fortunately, this super fight is here and is just as big if not bigger than it would’ve been in 2010. 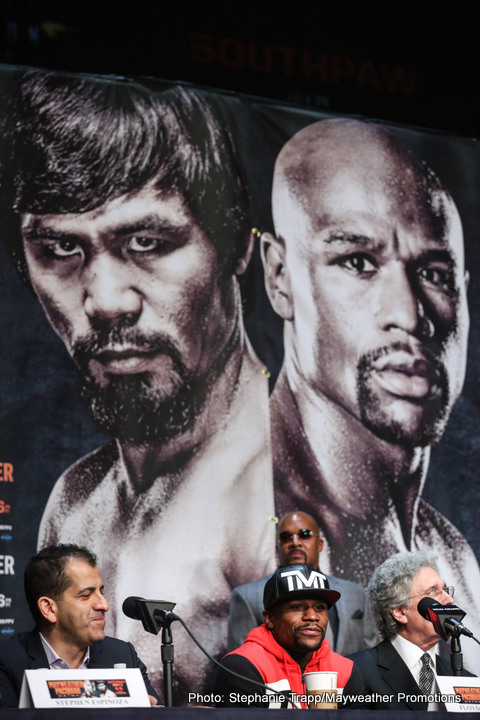 Once dominant British super middleweight Joe Calzaghe, who himself retired undefeated following his fight with Roy Jones Jr in 2008, has spoken to Sky Sports News this morning ahead of this Saturday’s Vegas mega-fight.

Calzaghe, whose unblemished record also included a marquee Las Vegas fight ( Vs Bernard Hopkins in 2008) ended his own spectacular career with a perfect 46-0 slate.

The Welshman, who has previously spoken about the burden of Floyd protecting his ‘0’ gave his opinion on proceedings following his return from the States where he was guest analyst on last weeks Dirrell – Jack PBC broadcast. He said;

“It’s a fight boxing needs. Two of the world’s best P4P finally fighting each other. For boxing fans it is a tremendous fight” 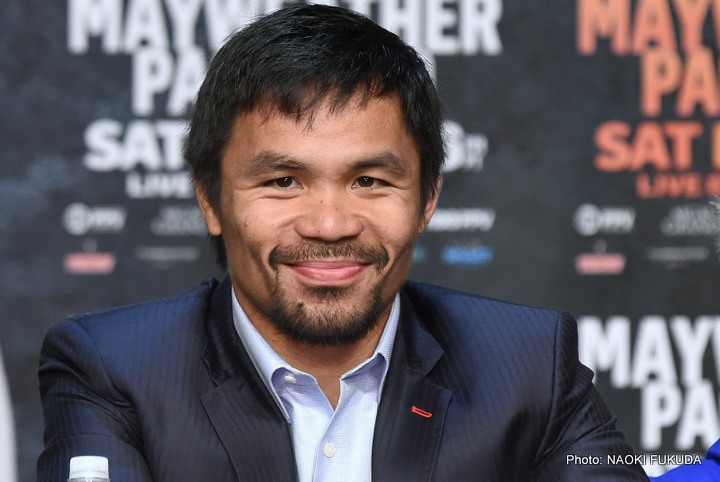 It looks like Amir Khan couldn’t help knocking the Freddie Roach trained Manny Pacquiao ahead of Saturday night in his most recent Fighthype.com interview.

Khan, who famously left the Wildcard and Roach under something of a cloud following his knockout loss to Danny Garcia in 2012, has cited Roach’s Parkinson’s disease as a factor in leaving in the past, as well as the fact he didn’t want to play second fiddle in Roach’s affections and attention to the P4P Filipino fighter.

Pacquiao, known for his movement and speed of hand AND foot, has had his ability to work inside the pocket called into question in this fight. 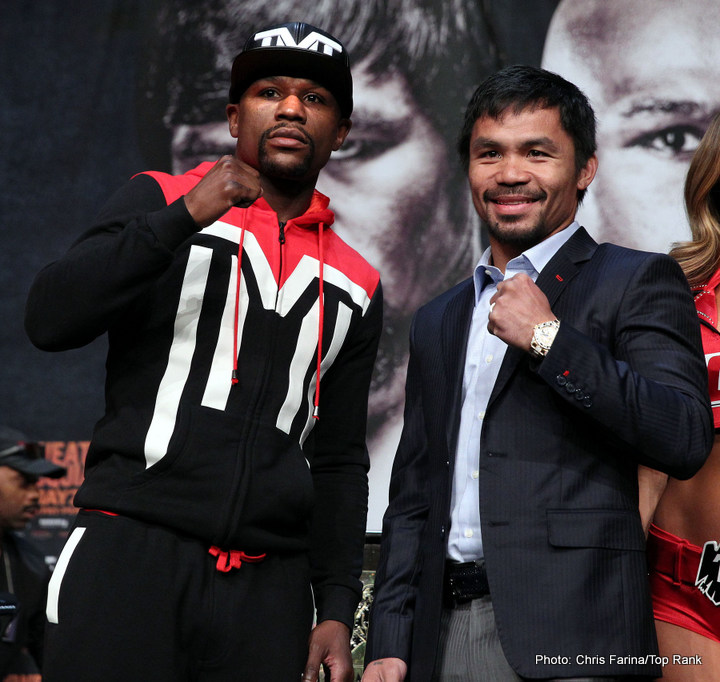 This is fight week and the eyes of the world will be watching as these two first ballot hall of famers will once and for all prove to the world WHO IS the absolute best of their generation. You have Floyd Mayweather who has strategically orchestrated his career into a multi-million dollar empire where he has taken the least-risk most-reward approach, making him the greatest “prize” fighter of all time. Then you have Manny Pacquiao who has been in countless wars and is willing to please the fans even when it’s not advantageous for him.

This fight will transcend the boxing world in which I believe the fans will be surprised on how this fight will play out. I have analyzed both fighters’ careers, greatest strengths and struggle and came up with my keys to victory for both parties, here goes.

There is a small, yet elite club of fighters past and present who have faced off against BOTH Mayweather and Pacquiao in the ring.

Ahead of Saturday’s dust-up Hatton, who boxed Mayweather in 2007 and Pacquiao in 2009 has spoken exclusively to the BBC to offer his tactical analysis of the fight from his insider’s perspective.

His fight with Mayweather, after some initial success, sadly began to become one sided and the “Hitman” was caught walking onto a big Mayweather left-hook in the 10th. 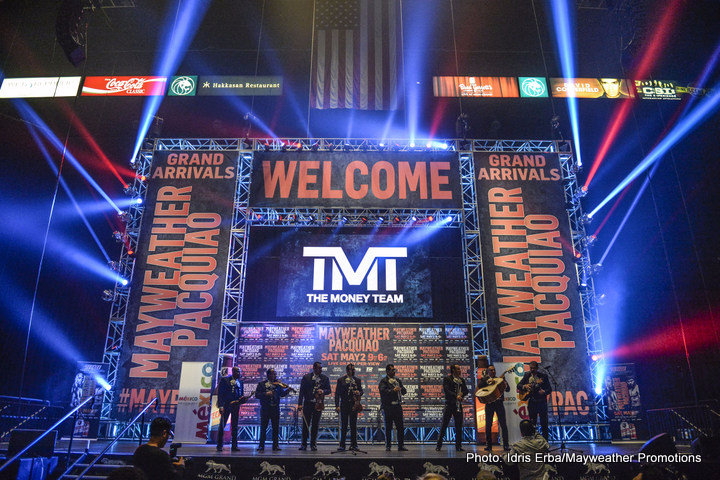 Serafim Todorov happened to be the last opponent in Mayweather’s amateur career which ended bitterly for the mega star with a 10:9 loss under the computerized scoring system. Todorov is an ex-amateur boxing prodigy from Bulgaria and is now living on a subsistence allowance in the projects of a Bulgarian town and has been “forgotten by everyone but the Lord” as he likes to repeat. He is an Olympic silver medalist, a three time world and twice European champion and his only steady income is the government pension (about $430) he was awarded for his Olympic medal. He would indeed have disappeared form the public eye if he had not given a rare interview last year to a local TV station which came to the attention of CNN that decided to feature him in a short documentary. 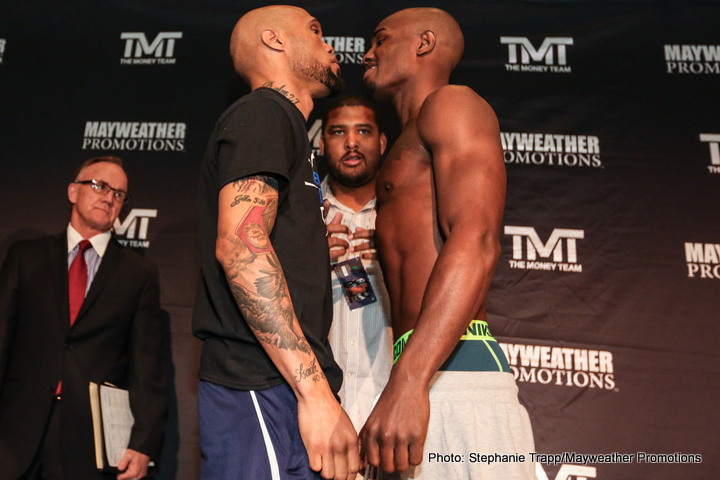 Programming Available 24 Hours a Day on HBO On Demand®, HBO GO®, HBO NOW® and HBO’s Digital and Social platforms – HBO Sports is the fight fan’s destination for Mayweather vs. Pacquiao fight week news and information, providing viewers with an in-depth look across television, digital and social platforms at the blockbuster welterweight unification title showdown set for Saturday, May 2 from the MGM Grand Garden Arena in Las Vegas. The event will be carried live on pay-per-view.