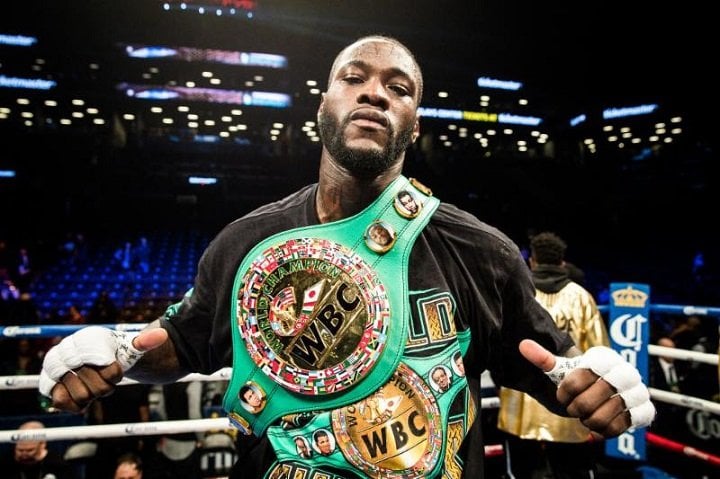 After months of negotiating, talks have broken down between the sides representing rival heavyweight champions Deontay Wilder and Anthony Joshua. Joshua has been ordered by the WBA to face mandatory challenger Alexander Povetkin next, the governing body apparently losing patience with the going-nowhere talks between Joshua and Wilder.

The WBA gave Joshua 24 hours to sign to defend his belt against the Russian star, or else be stripped. This has reportedly driven AJ to take the Povetkin fight and the word is it will likely go ahead in September.

Naturally, Wilder is absolutely furious with Joshua and his team, as he made more than clear in a vicious tirade on twitter:

“I knew I smelt p***** but damn Anthony Joshua I didn’t know the odor was that strong you coward ass b****. Had the world waiting for 3 months playing games just for this moment,” Wilder wrote. “You’re not a true champion!! You’re just a weak-minded coward that’s holding hard metal. #Facts. All they [Team-Joshua] had to do is say they were scared to fight. Period. But instead they made themselves look like what they are, not stand up guys. I’m so happy it’s over now, I’ve done my part, the world [has] seen that so stay in England.”

It’s not at this time clear whether or not the two sides will look to resume talks after each champion’s next fight – AJ against Povetkin and Wilder against TBA; possibly Dominic Breazeale. But with this latest turn of events, there may be no longer a chance of anything like good will being in place between the two rivals.

Will we ever get to see this huge battle of heavyweight punchers? Not this year, that’s for certain.

Wilder’s trainer Jay Deas, in speaking with The Daily Mail, said that it is now his fear that this fight, one that everyone wants to see so badly, will not happen. Meanwhile, former champ Tyson Fury has stated that Joshua and his team are scared of Wilder and want no part of him. So did Joshua have his hand forced by the WBA, or is there really a reluctance from him to risk taking on the WBC champion? 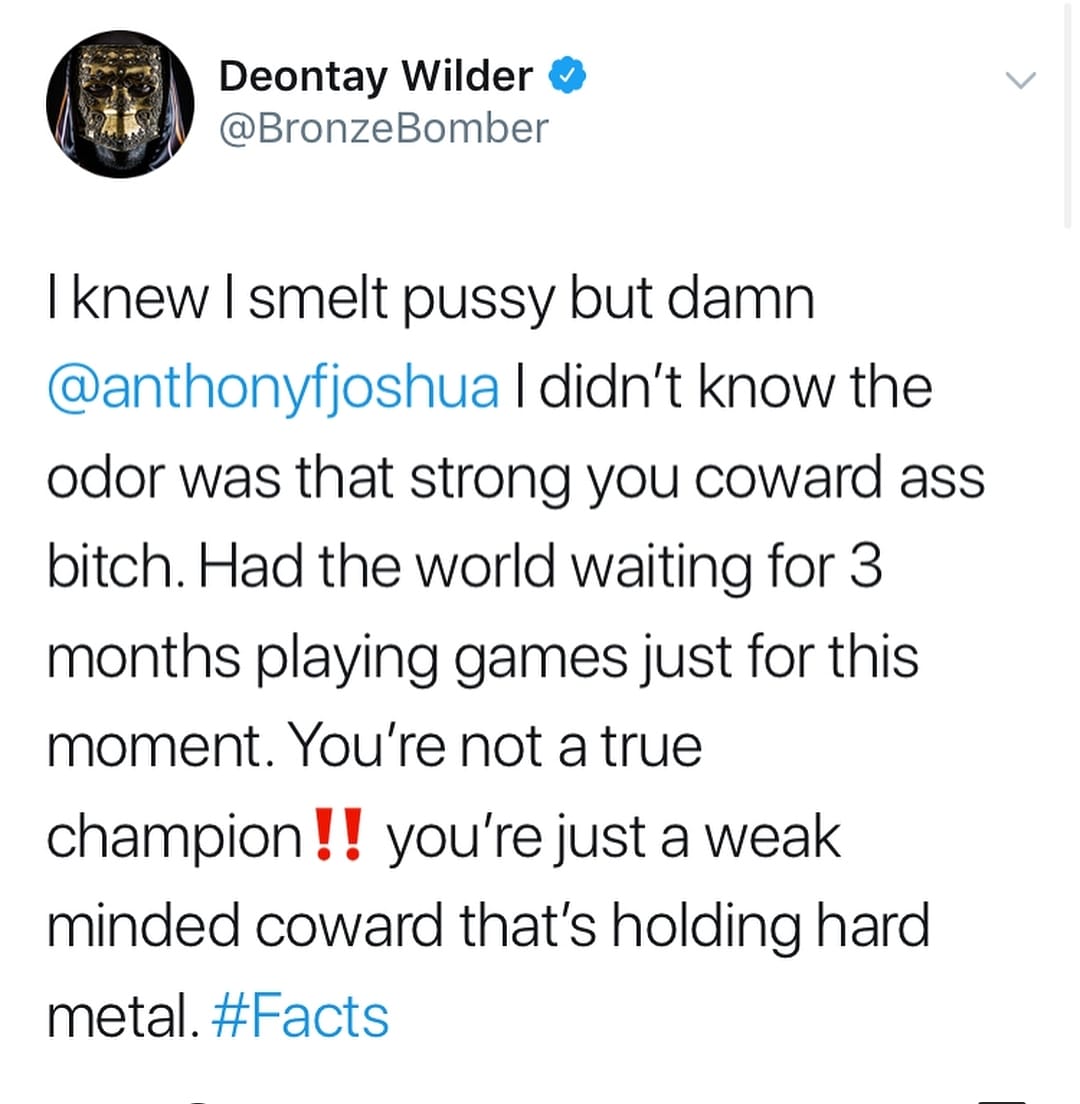 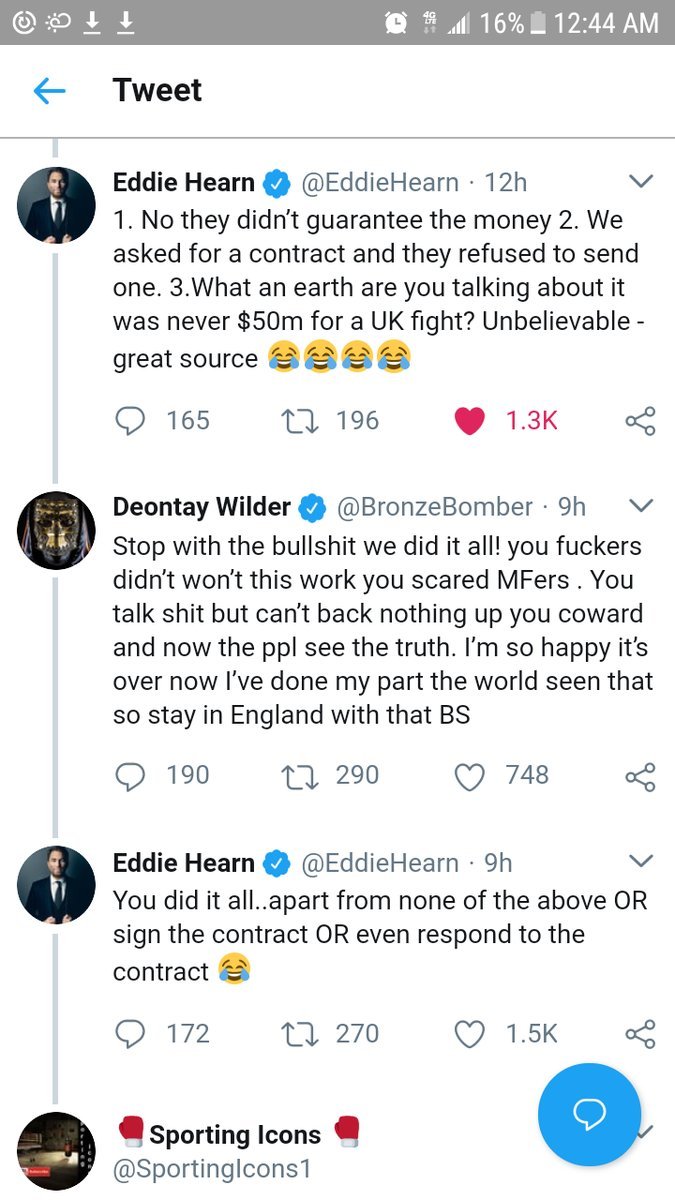