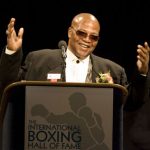 In sad and shocking news, it has been reported by ESPN that boxing legend Aaron Pryor has passed away at the age of just 61. No news has yet been confirmed regarding what the cause of death was (Aaron was battling heart disease but this has not yet been confirmed as the cause of his untimely death), but fight fans the world over are certain to be moved by this loss. Pryor, a fabulous talent who engaged in a number of thrilling, unforgettable bouts, is one of the finest and most celebrated fighters to have come out of Cincinnati.

Born in October of 1955, Pryor, an amateur standout who met, amongst other future stars, Thomas Hearns (a win for Pryor) and Howard Davis Junior (a loss) turned pro in late 1976. Knocking out a guy named Larry Smith in his hometown, Pryor was paid the handsome sum of $400. Greatness, and a fair amount of controversy, awaited “The Hawk.” 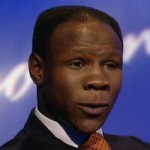 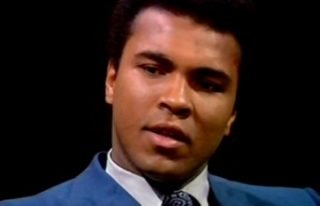 38 years ago today, inside a packed out Superdome in New Orleans, ageing superstar Muhammad Ali did what he should have done in the first place and defeated rank amateur Leon Spinks. Seven months previously, a woefully out of condition Ali was upset by the 1976 Olympic gold medal winner, losing a 15-rounder that was somehow scored as a split decision against “The Greatest.”

The February decision handed in in Las Vegas should have been unanimous in favour of 24-year-old “Neon” Leon, as Ali did nothing but clown and lay on the ropes for the first ten-rounds. How one judge scored the fight for Ali is explained only by the enormous impact Ali had on the sport and of how revered he was at the time. The rematch was a different story, at least as far as the physical and, more importantly, the mental condition of the two heavyweights was concerned.

The World Boxing Council and its President, Mr. Mauricio Sulaiman, announce one day of mourning after the very sad news of the passing of Bobby Chacon, former World Champion, who died this morning in South California.

Bobby was born in the Sylmar suburb in Los Angeles, California, on November 28, 1951. He starred in several amazing and so memorable fights that made him a boxing star during the 70´s, and an enduring legend forever after.

New York, NY, September 7, 2016 – It was the biggest fight in boxing history – a star-studded, must-see live event unlike any other before or since. The first bout in the epic trilogy of fights between boxing immortals Muhammad Ali and Joe Frazier took place on March 8, 1971 from Madison Square Garden in New York City with a backdrop steeped in politics, race relations, money, power, celebrity and athletic greatness. Spike TV takes a look back at this historical, unforgettable night in “Roots of Fight Presents: Ali: Birth of The Greatest.” 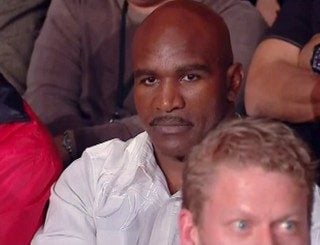 The great Muhammad Ali’s quote of how the third war he had with the also great Joe Frazier was “close to death,” is well known, and it is of course undeniably true that the two legends gave their all in the unforgettable 1975 super-fight. But yet another great, in Evander Holyfield, at the beginning of his storied career, also experienced something akin to the sheer hell Ali (and Frazier) went through – in the summer of 1986, when he was a cruiserweight contender challenging for his first world title.

Fighting in a golden era for middleweights, Philadelphia legend Bennie Briscoe ranks as one of the toughest,hardest and best 160-pounders to have never got his hands on a world title. Imagine, though, if the shaven-headed warrior was around, and at his fighting peak, today. Surely, with all the many titles that are around these days, “Bad” Bennie would have claimed at least one of them. Maybe, just maybe, Briscoe would also have given current king Gennady Golovkin the fierce test fans so want to see GGG engage in.

Heavyweight slugger Chuck Wepner, who is most famous for two things: his (almost) 15-round fight with Muhammad Ali and his part in inspiring the Rocky movies. Now, in “The Bleeder,” the 75 year old gets some more movie treatment; and this time the biographical flick is of the non fiction variety.

Played by Liev Schrieber, Wepner – who also faced Sonny Liston and George Foreman during his long and often cut-prone career – is said to like the film and fans are hoping for a fitting tribute to one of heavyweight history’s great survivors.