Argentine heavyweight Alejandro Lavorante was a big (for the time especially) 6’4” heavyweight who shared the ring with, amongst others, Archie Moore and Cassius Clay (who had not yet become Muhammad Ali).

The man from Mendoza, Argentina compiled a 19-5(15) pro record and he was as game as they come. But tragedy struck Lavorante and his sad and unfortunate demise is what he is perhaps best known for, amongst older fight fans. Having been “discovered” by Jack Dempsey and going pro in September of 1959, a 24-year-old Lavorante picked up wins over good fighters in Duke Sabedong, Tunney Hunsaker, Zora Folley, Willi Besmanoff, and Alonzo Johnson. In his initial 19 fights, Lavorante’s sole loss was a decision defeat, this at the clever hands of the capable Roy Harris.

In March of 1962, shortly after a split decision loss to George Logan, Lavorante went in with a 183-22-9 Archie Moore. Moore was as old as the hills, yet he was still a clever and masterful fighter, and “The Ol’ Mongoose” could still bang. Moore had a pretty tough time of things with the game Lavorante, being extended into the 10th round before getting his TKO win. Lavorante was carried from the ring by a stretcher. Lavorante, just under four months later, fell in five in his fight with the cocksure Clay; Lavorante having reportedly turned down an offer from Frank Sinatra to become a movie star, the offer coming after the Moore fight.

Lavorante had one more fight, in which tragedy struck. Fighting the little-known John Riggins (a decent heavy who had been in with the likes of Marty Marshall, Thad Spencer, George Logan, and Elmer Rush) in September of ’62, Lavorante was again knocked out, this his third KO defeat in a row. Lavorante suffered brain damage, and he was placed in a coma, remaining in the condition for a number of months. The 27-year-old did go on to make some progress – being able to feed himself, to walk a few steps, and to speak a few words – before he was permitted to return home to Argentina. It was in April of 1964 when Lavorante passed away, his family at his bedside.

A good fighter, a popular fighter, Lavorante was, like many fighters of the day, thrown in tough, both quickly and frequently. Had he been afforded the time to recover from his KO losses to Moore and Clay, maybe Lavorante would not have died the way he did. Lavorante passed away at a time when the sport of boxing was going through a tome time as far as ring deaths were concerned; with Benny “Kid” Paret dying in April of 1962, and with Davey Moore passing away in March of 1963.

Lavorante was neither as successful nor as famous as these two former world champions, but he was just as brave, just as courageous. It was 60 years ago today when Lavorante fought the future heavyweight king of kings Ali. 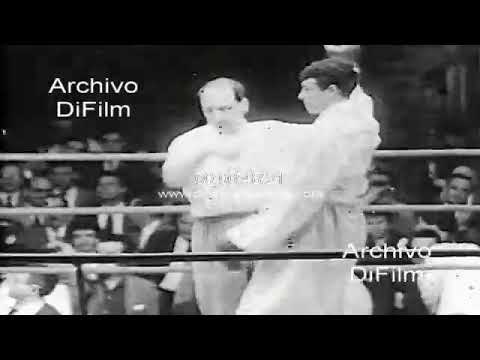