Gilberto “Zurdo” Ramirez (42-0, 28 KOs) brought the firepower with him in dropping Sullivan Barrera (22-4, 14 KOs) three times en route to a fourth round knockout victory in their 175-lb fight on Friday night at the Banc of California Stadium in Los Angeles, California.

It took the 6’2″ former WBO super middleweight champion, Ramirez, a little while to get warmed up, but he did; he dropped Barrera late in the third with a body shot. 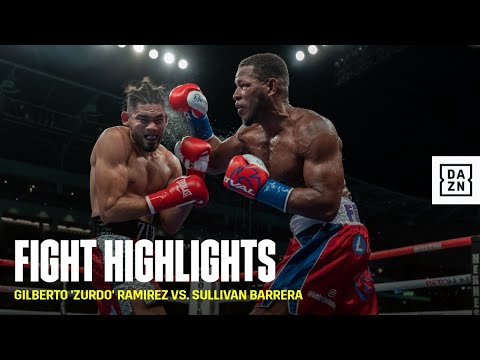 Barrera took a knee moments after being hit to the liver from a left hand by Ramirez. There wasn’t enough time remaining in the round for Zurdo Ramirez to finish the job.

In the fourth round, Ramirez went back to his body punching to drop Barrera twice more. Referee Thomas Taylor stopped the fight at 1:38 after the second knockdown of the fourth.

Ramirez made it clear after the fight that he wants to challenge WBA light heavyweight champion Dmitry Bivol (18-0, 11 KOs) next. 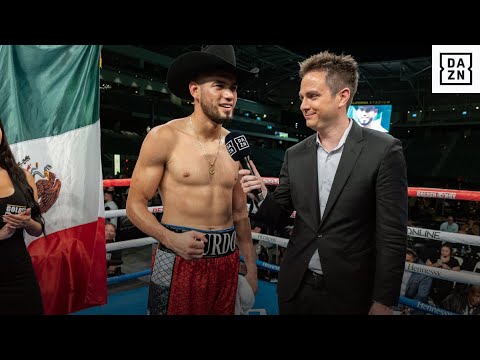 It’s unclear whether Bivol’s promoters at Matchroom Boxing will allow him to take the fight with Zurdo.

Bivol is one of several fighters that are the Plan-B option for Canelo Alvarez in his next fight if his management cannot negotiate a fight against IBF super middleweight champion Caleb Plant for September.

“Bivol, you’re next!” said Zurdo Ramirez in calling him out.

It would be interesting to see Zurdo take on Sergey Kovalev, Joshua Buatsi, Maxim Vlasov, Marcus Browne, or Badou Jack next.

In the more competitive co-feature bout, Joseph ‘Jo Jo’ Diaz Jr (32-1-1, 15 KOs) beat Javier Fortuna (36-3-1, 25 KOs) by a 12 round unanimous decision to win the WBC interim lightweight title and lock himself in as the mandatory to champion Devin Haney.

Diaz was cut early over his left eye in the third from a clash of heads. In the same round, he lost a point for hitting Fortuna with a rabbit punch. 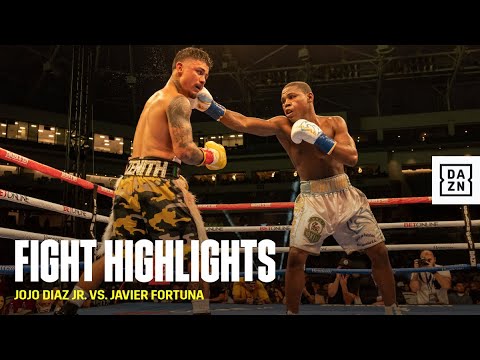 The referee had given Diaz Jr a warning previously because he had repeatedly been hitting Fortuna with shots to the back of his head.

After the point deduction, Diaz Jr fought like a man possessed, going on the attack and hitting Fortuna with big punches in an attempt to make it 9-9 round.

Fortuna fought well in the fifth and sixth rounds, fighting hard and landing many hard shots. Fortuna was basically even with Diaz Jr. There wasn’t enough to set the two apart to give either guy the lead up until them. 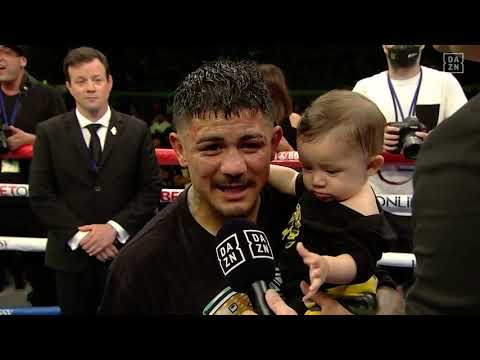 Much of the action in the championship rounds were fought at close quarters on the inside. With both fighters smothering each other’s power, it wasn’t easy to know who was getting the better of the action.

Down the stretch in rounds 9 through 12, Diaz Jr looked like the stronger guy and was throwing with more power. Fortuna was throwing a lot, but the power in his punches had disappeared.

In round 10, Diaz Jr hurt Fortuna with a headshot that had him holding.

After the fight, Diaz Jr called out WBC lightweight champion Devin Haney and Ryan Garcia, wanting to fight either.