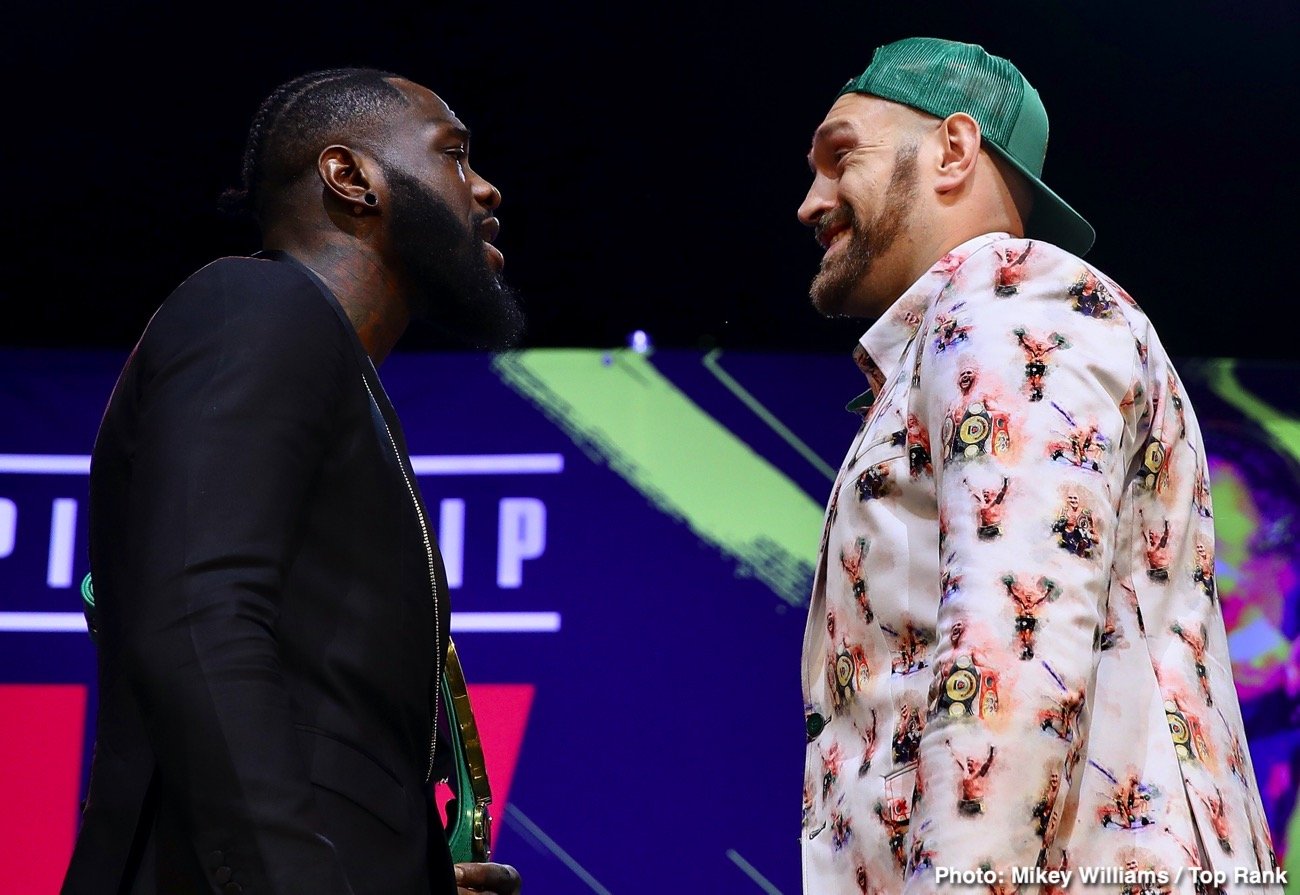 The long-awaited rematch of heavyweight titans is set, as undefeated WBC champion Deontay “The Bronze Bomber” Wilder and unbeaten lineal champion Tyson “The Gypsy King” Fury will continue their rivalry in the ring on Saturday, February 22 live from the MGM Grand Garden Arena in Las Vegas in a historic, joint FOX Sports PPV & ESPN+ PPV.

Tickets are on sale tomorrow, Saturday, December 28 at 10 a.m. PT and can be purchased at www.mgmgrand.com or www.axs.com. The event is promoted by BombZquad Promotions, TGB Promotions, Top Rank and Frank Warren’s Queensberry Promotions. A Premier Boxing Champions presentation.

“I’m happy and I’m excited that the rematch is finally happening,” said Wilder. “I want to give the fans what they want to see. I’ve been doing it with my last three outings – Fury, Breazeale and Ortiz. They’ve been spectacular events – from my ring walks where I gather all the energy of the people, to my uniforms that I wear to help spread that energy.

“Then I give them what they all come for – the knockouts, and my knockouts have been amazing. I proved myself the first time and I’m ready to do it again. It was a very controversial fight. I promise my fans that there won’t be any controversy with this one. I’m going to finish it.”

Fury: Wilder will get what’s coming to him

“There’s no more ducking and diving,” said Fury. “The date has been set, and the ‘Bomb Squad’ is about to be securely detonated and the real champion crowned as the world watches on for the most anticipated fight in years.

“This is unfinished business for me, but come February 22, this dosser will finally get what’s coming to him, and I can’t wait!”

Wilder vs. Fury II has been highly anticipated since their first meeting, when Wilder retained his title via split draw after Fury miraculously rose from a 12th-round knockdown to finish the fight. It is one of the most memorable moments in heavyweight history and has raised the historical stakes heading into the rematch February 22. 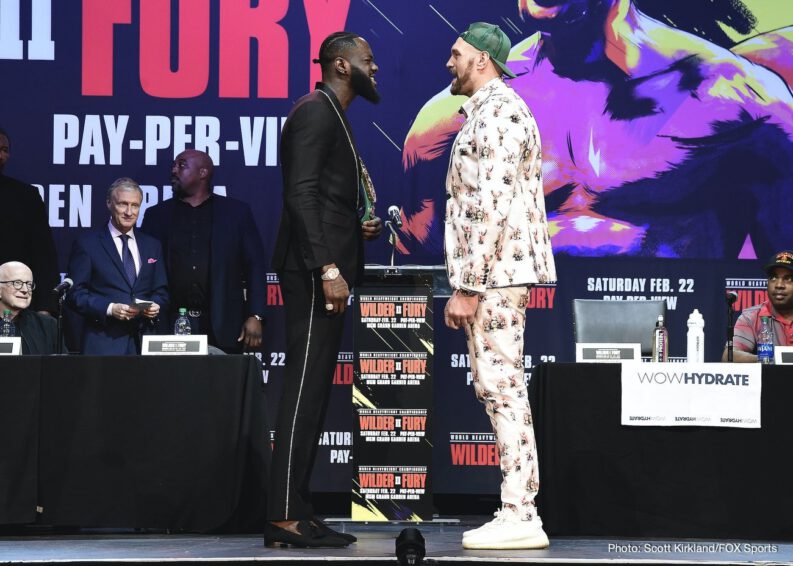 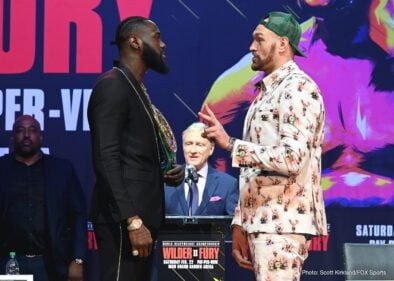 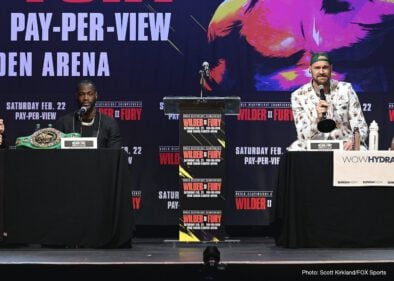 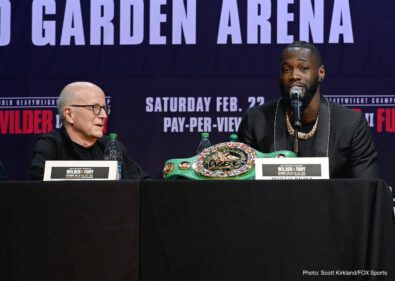 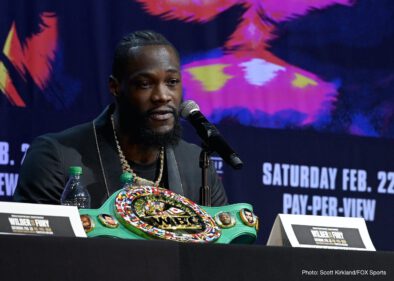 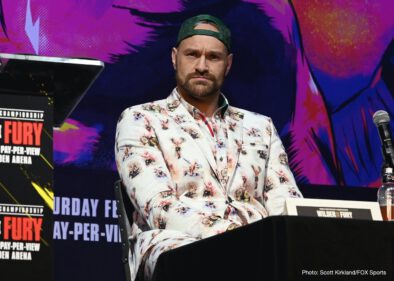 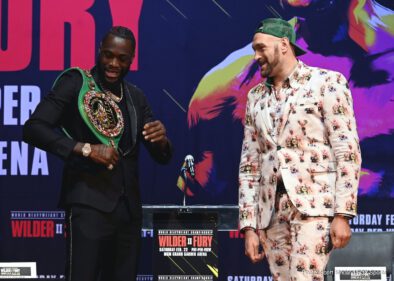 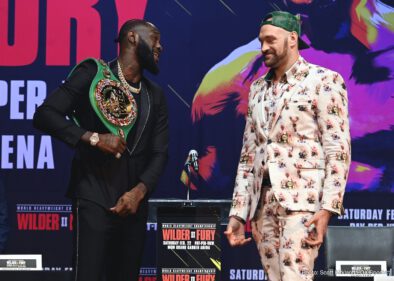 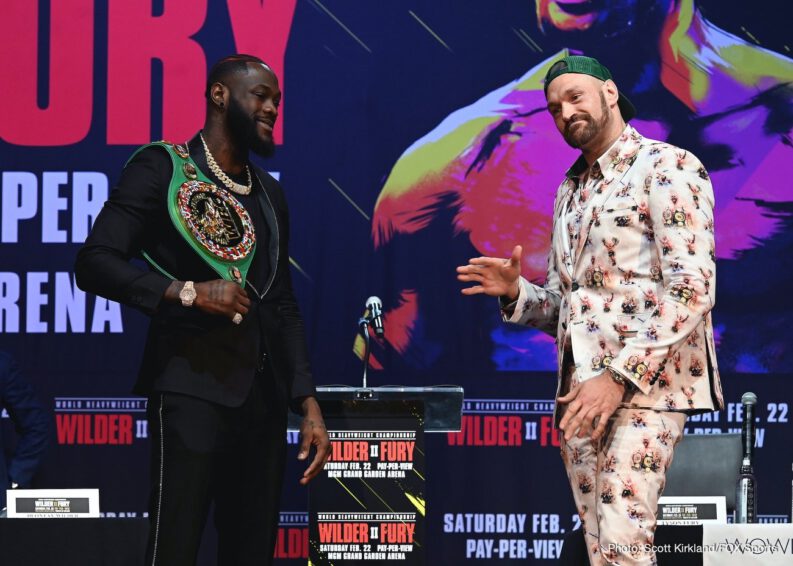 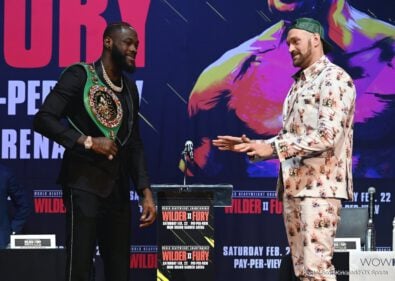 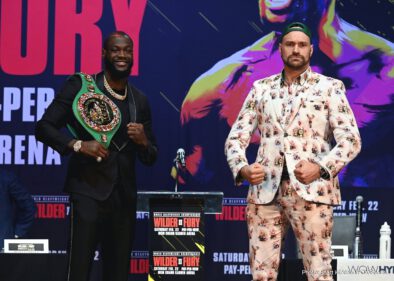 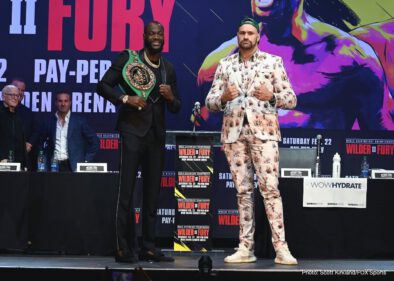