Will it be repeat or revenge on August 20, when Oleksandr Usyk and Anthony Joshua box their return fight, this time fighting in the Middle East? Usyk has reportedly been working incredibly hard in the gym and, perhaps motivated like never before due to what’s going on in his homeland of Ukraine (although Usyk has said that the war will not fuel him in the ring), the clever southpaw will really take some beating.

Joshua, with his new trainer Robert Garcia and with a new and highly lucrative TV deal seeing him switch from Sky Sports to DAZN, really does need to get the win this time or else. Or else what? A second loss to Usyk would not mean the end of Joshua’s career, but it sure would be a big setback. So who wins on August 20?

Two men who could perhaps wind up facing the winner of Usyk-Joshua II (or the loser), in Tyson Fury and Deontay Wilder, are in agreement: Usyk will get a second win over AJ. 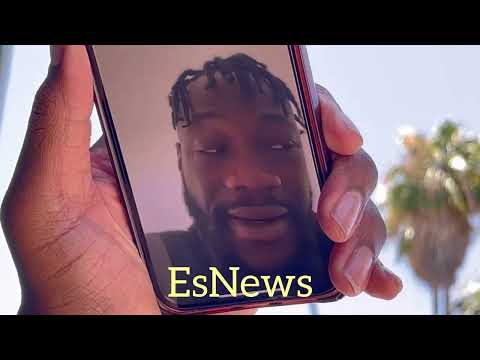 “I’m going with Usyk here, man,” Wilder told ESNews. “I’m going with Usyk. I think a lot of people are. It’s boxing at the end of the day, so we’ll see, but I think it’s Usyk. Malik Scott always talks about Usyk and how skilful he is. Especially coming up from cruiserweight.”

Fury, who says he is retired and will not be coming back to fight the Usyk-Joshua rematch winner, agrees with his former bitter rival Wilder.

“Joshua can obviously land a big punch, but I just think that Usyk’s too cute for him,” Fury said in speaking with Gareth A Davies. “Too smart, too quick, and a southpaw. And I think that Robert Garcia trying to train him (Joshua) to be on the front foot or whatever and be aggressive will only enable Usyk to land more often. I just don’t see it, but then again, what do I know? Nothing about boxing. I’m heavyweight champion of the world, undefeated all that stuff. Anyone can win a fight as we’ve seen many, many times and it’s a good time to beat Usyk now isn’t it? Because [Ukraine] have been at war. Everything’s up in the air. If ever he was gonna be off his ball, now would be the time. But I just think Usyk’s too good a boxer for AJ.” 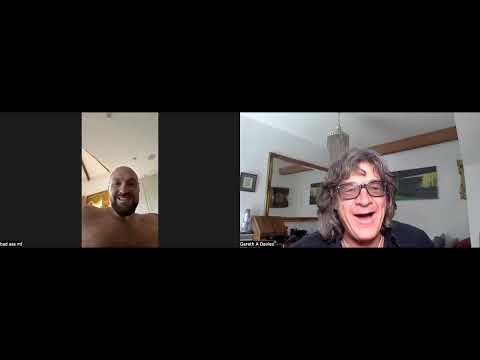 It is an interesting thought: will the Ukraine-Russia conflict prove to be a factor in the fight? Is Fury right, will Usyk perhaps be off his A-game, perhaps mentally, due to all that he has witnessed in his homeland? Or might the conflict and its horrors allow Usyk to dig deeper and fight even harder this time?

It seems most people are picking Usyk to defeat Joshua again. It’s up to Joshua to show how much he really wants it. But is Joshua more of a “businessman” these days, instead of a fighter, as Joe Joyce claims? How much does Joshua want this rematch win?