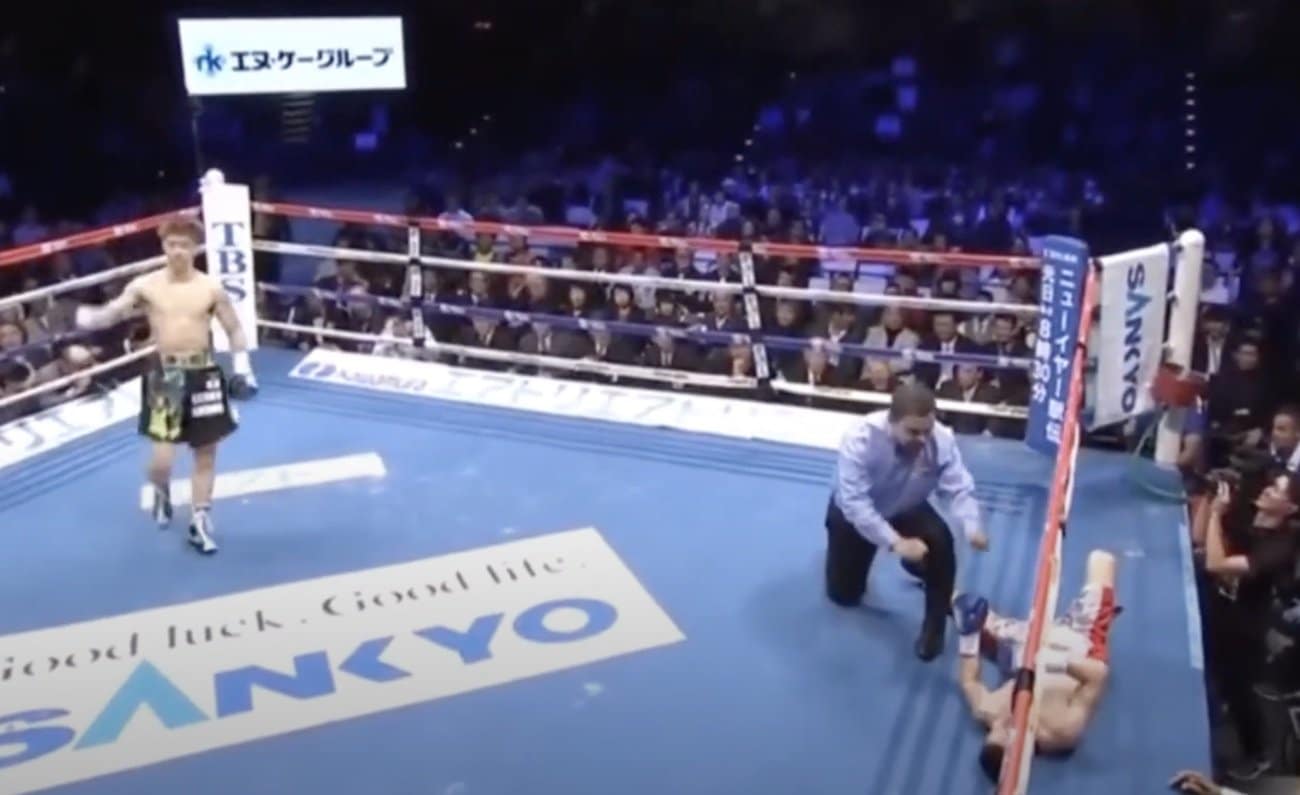 If you haven’t seen Kosei Tanaka, 15-0(9) fight, you sure are missing something. The Japanese star has an all-action style, he has given us at least two absolute classics (his wars with Sho Kimura and Ryoichi Taguchi) and on New Year’s Eve we may get the best action fight of 2020. We’ve seen some good fights this year, but Tanaka, who is looking to win his fourth world title (this in just 16 pro fights), might give us a real slugfest when he squares off with countryman Kazuto Ioka, 25-2(14) in Tokyo.

Ioka, who has already ruled at four different weights, is the reigning WBO junior-bantamweight boss and Tanaka is ready to give whatever it takes to get his hands on the belt. There is just no way this fight turns out to be anything but a great action affair. Here’s hoping the fight gets picked up so we fans in the UK, US can watch it. Japanese boxing always comes up trumps with a big New Year’s show, and this fight may turn out to be very special.

And that’s not all we still have to look forward to before this year – a strange and disturbing one if ever there was a strange and disturbing year – comes to an end. On Saturday, Boxing Day, James Kirkland will continue his latest comeback when he will face Juan Macias Montiel in a ten round middleweight fight in Los Angeles. Kirkland, a classic chinny banger, is 35 years of age now and his best days have passed him by. Still, Kirkland, 34-2(30) has won his last two and he aims to keep the winning streak going. Montiel is 21-4-2(21) and he can punch pretty good himself.

Also on this card, WBA interim super-middleweight title holder David Morrell will face Mike Gavronski. Morrell is just 3-0(2), Gavronski is 26-3-1(16). This could also prove to be an interesting fight. FOX will televise.

But getting back to Tanaka Vs. Ioka – don’t vote for your 2020 FOTY until the dust has settled in Tokyo!