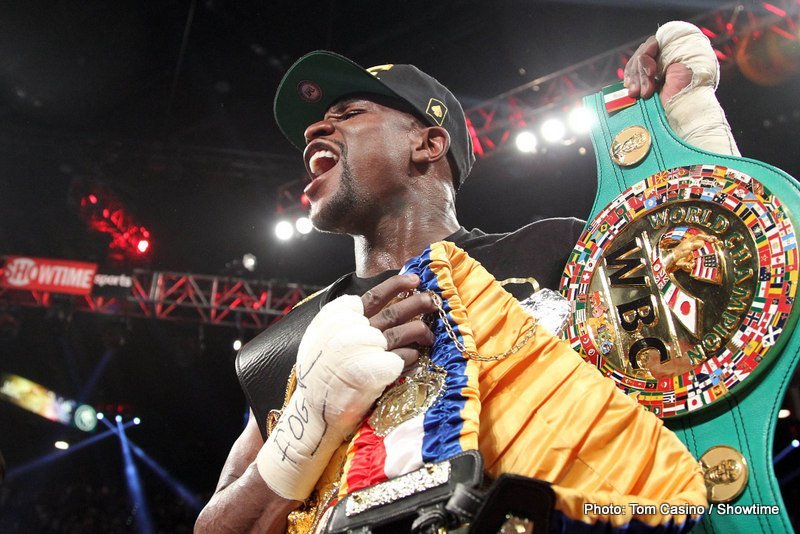 Opinions are like…personalities, everybody has one. With the big fight on course for May 2, 2015, every soothsayer, naysayer, trainer, manager and critic is prognosticating the winner. Some have it a 50/50 fight, the rest are firmly on the Pacquiao bandwagon or the “Money” bandwagon. Freddie Roach has even injected some psychological warfare into the mix claiming that Roger Mayweather is a better trainer than Floyd Mayweather Sr. – causing a little discord in the Mayweather camp can’t hurt.

I’m now going to tell you why Floyd Mayweather will win and easier than most think he will.

Any boxing fan, analyst or purist who has followed the sweet science for any length of time is familiar with the boxing clichés – “styles make fights”, “punchers are born not made”, “shot” and “exposed”.

Styles do indeed make fights and it’s been said that the southpaw stance is Mayweather’s “Achilles Heel”, even though Mayweather is 8-0 against lefties. Jack Dempsey an early 20th century heavyweight champion was revered for his great punching power, but in his book Championship fighting, chapter 3 is titled “Punchers are Made; not Born”. Since the Victor Ortiz fight Pacquiao trainer Freddie Roach has been telling anyone who will listen that Mayweather’s legs are “shot”. And the Mayweather Brothers are insinuating that on May 2, 2015 , Lil’ Floyd will “expose” Manny Pacquiao.

With that said, most Floyd Mayweather critics, naysayers and haters ALWAYS have the solution, the tactics, the strategy to beat him. First thing they say is…pressure – make Floyd fight 3-minutes of every round for ALL 12-rounds, after the fight, Floyd’s opponent was too green, over-the-hill or was robbed! Next they say that speedy fighters bother Floyd while explaining how much faster a certain opponent is over Floyd, on Sunday morning after the fight they say that guy was “cherry picked”, or “that guy was never that good!” When Floyd faces a big puncher they jump on the bandwagon, but after the fight that foe wasn’t focused, was distracted with personal problems – you name the excuse.

I said I’m going to tell you why Floyd wins, but first I’m going to tell you the thing that really affects Floyd, not pressure or aggression, not speed, not the southpaw stance, definitely not big punchers; size/weight bothers Floyd! In the fights where Floyd struggled the most his opponent had a 9lb+ advantage over him – Castillo I, II, De La Hoya, Cotto, Ortiz, Maidana I, II, (except for Ortiz, none were southpaws) and used that mass and weight to crowd Floyd. Those bigger bodies, allowed them to take Floyd’s stinging punches and still smother Floyd. Floyd got lucky against Canelo who instead of using his weight advantage decided to outbox Floyd. Floyd comes into the ring on fight night at just about the weight that he weighs in at, while his opponents have to shed all of their water-weight in order to make weight, rehydrating back up 9lbs – 10lbs+ after the weigh-in. Floyd walks around at 150lbs and has to eat a whole lot while training to fight in the 147lb weight class, and could easily fight in the 140lb weight class.

Now to why Floyd will win. Floyd will do his usual gymwork, bagwork, and roadwork but come into this fight lighter than the limit because he wants to be quicker and he doesn’t have to worry about Pacquiao outweighing him by 10 or more pounds on fight nite. He’ll also be lighter on his feet and more agile so he won’t look so heavy legged. Alex Ariza’s work with Floyd will be evident as well, after all Pacquiao’s most dominant victories took place when Alex Ariza was his S&C coach. As to how Floyd will win, this fight will go along the lines of the Hatton fight, where Floyd endures Pacquiao’s early onslaught, adjusts, rallies and pulls out a late rounds TKO or dominant Unanimous Decision.