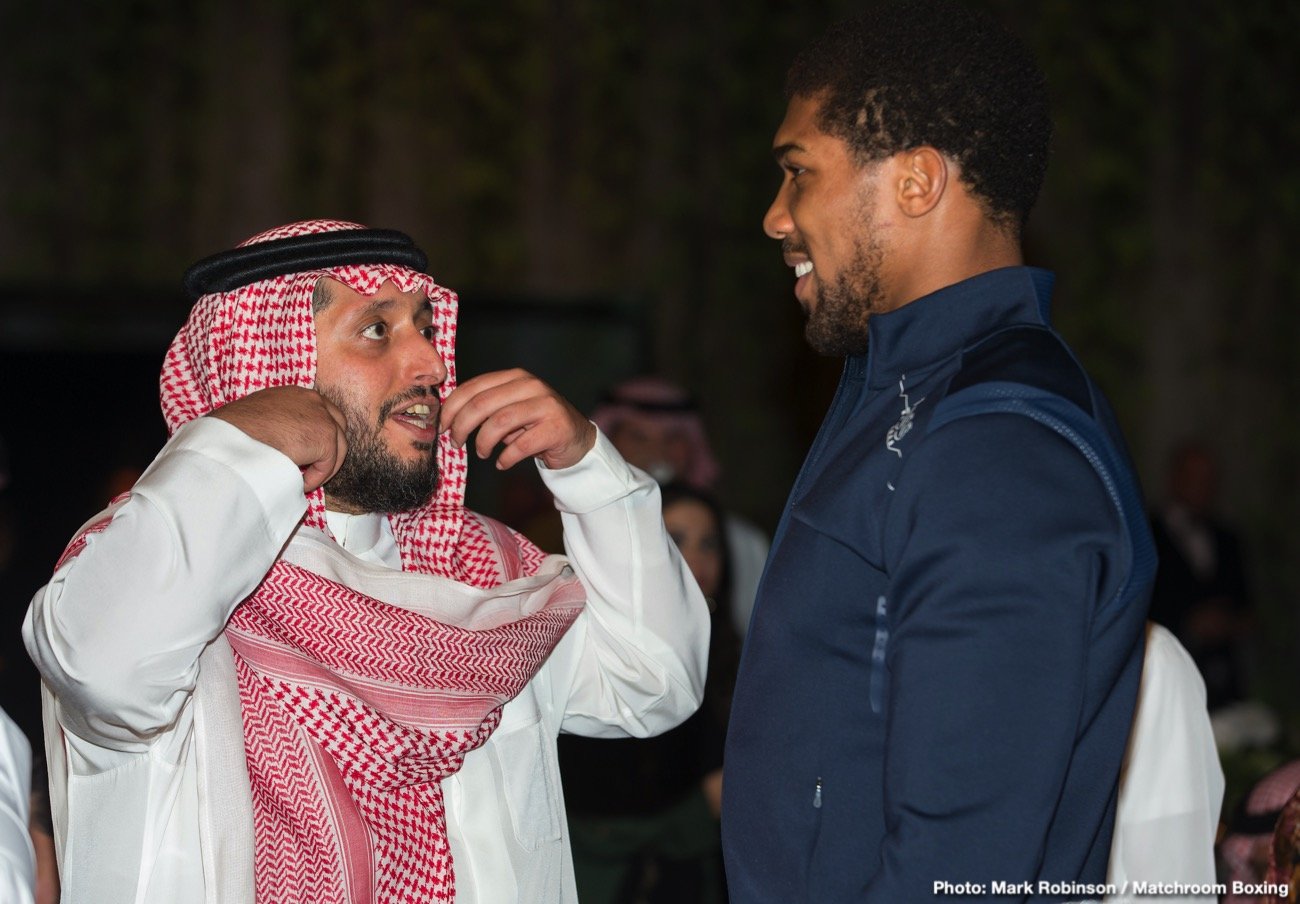 This past Saturday’s big fight between Anthony Joshua and Andy Ruiz, staged in Saudi Arabia, was a big hit, an event, a monster cash earner. It was huge. There have been other big fights staged in Saudi Arabia (the Super Series final between Callum Smith and George Groves, and a recent Amir Khan fight) – and there will be more. No doubt about it.

Some people have gone as far as to say Saudi Arabia is the new star of boxing, the place where all the mega-fights will be staged. Some fans are happy with this notion, others not so much. But due to the seemingly limitless amount of money the players in Saudi have at their disposal, it’s only a matter of time before the next big name, the next star of boxing agrees to fight there.

So who might be the next star to fight over there? The possibilities are endless, really.

Canelo Alvarez has just spoken of the possibility of his fighting in Saudi Arabia, while Tyson Fury (who appeared in a WWE event in Saudi in October) expressed real interest in going back there to fight. And why wouldn’t, why shouldn’t, a fighter go where the best money is on offer? With the seemingly deep, deep, limitless pockets walking around in Saudi, it seems no superstar fighter is out of reach.

We could see some future massive events staged in that part of the world. Imagine a Canelo-Gennady Glovin III in Saudi Arabia? Or how about a Joshua-Deontay Wilder collision? Or maybe even Fury Vs. Joshua? Might the soon to return (we have been told/threatened) Floyd Mayweather take his show on that particular road?

Have the iconic venues such as Madison Square Garden in New York and the various glitzy hotels and casinos on The Strip in Las Vegas been superseded by the powerful, boxing-loving money men in The Kingdom of Saudi Arabia? Maybe.

Again, it’s not to everyone’s taste, but times change. Maybe the big place where a boxing super-fight is held and is celebrated has also changed. Only time will tell. That and money.