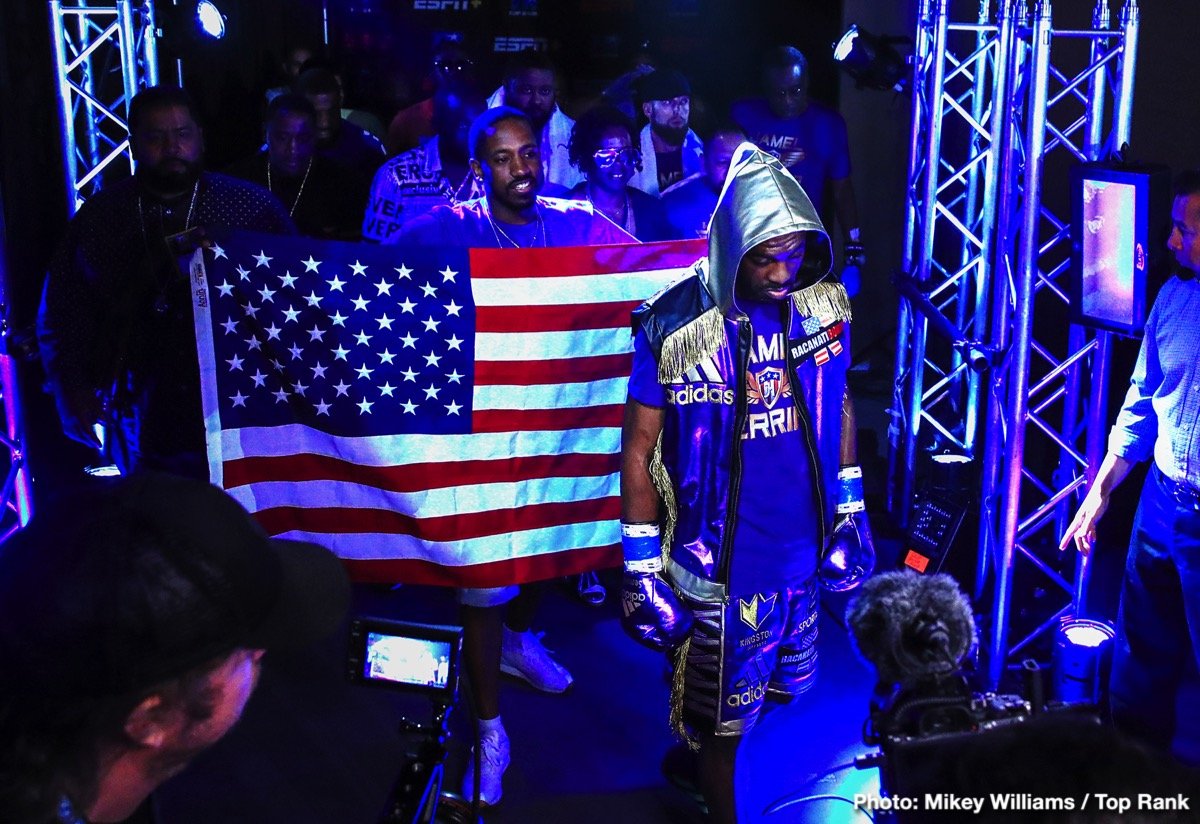 Today is the Fourth of July, Independence Day, a huge celebration in America. But there is no big fight today, or tonight – and this is not due to the ongoing battle with the coronavirus. For though there was a time when it was unthinkable for this big day to go by without an enormous prize fight taking place, usually a heavyweight fight, this has not been the case for many a year.

Go back to the early 1900s, and you can find a good number of heavyweight mega-fights that took place on July 4th, with huge crowds in attendance and many millions more later reading about the big fight on the radio. The first “Fight Of The Century” took place on July 4 in 1910, when heavyweight king Jack Johnson, quite literally hated by the majority of the white race in America, battled the returning (forced to return at that) former champ James J Jeffries. 20,000 fans showed up at the venue in Reno, Nevada.

This one was enormous. Sadly, there was no real cause for celebration afterwards, with Johnson’s easy and dominant win inspiring race riots all across the U.S, in the south mostly, with many black men losing their lives. The black race did rejoice over Johnson’s win but the ghastly events that followed the 15th round KO of “Great White Hope” Jeffries were shocking and barbaric.

In 1912 on the big day, Johnson stopped Fireman Jim Flynn to retain his title, this time scoring a 9th round disqualification win. This fight was no super-fight, with less than 5,000 fans in attendance in East Las Vegas, New Mexico. Flynn fought “disgracefully” (according to a report of the day), using many illegal tactics and finally being thrown out in the ninth round. Johnson was barely touched by a glove all night, his famed “golden grin” never leaving his face.

In 1919 on July the 4th, the sport of boxing witnessed one of its most savage and brutal performances by a heavyweight title challenger. It was in Toledo, Ohio when Jack Dempsey tore through defending champ Jess Willard in frightening fashion. Just under 20,000 fans watched the fight in person, a ringside seat going for the extravagant fee of $60. Dempsey’s animalistic display horrified many, yet the new king would become a genuine hero in time.

Dempsey knocked Willard down seven times in the opening round, getting the corner retirement win two sessions later. This was the changing of the guard in so many ways. Dempsey featured in another July the 4th show, in 1923. Facing Tommy Gibbons, Dempsey won a wide, less than thrilling decision over 15 rounds. What came after the fight proved to be the big news, though.

The town of Shelby, in Montana literally went bust after bankrolling the fight. Gibbons ended up fighting for free. Soon after the fight, all four banks in Montana closed their doors. The ruthless business acumen of Dempsey’s manager Jack “Doc” Kearns was never more evident. It was boxing’s first million dollar gate, yet the town of Montana was doomed. Dempsey walked away with $255,000. Kearns pocketed at least $300,000.

The most recent big (sort of) heavyweight fight to be staged on July 4th was the 2009 fight between “Fast” Eddie Chambers and Alexander Dimitrenko – won by Chambers.