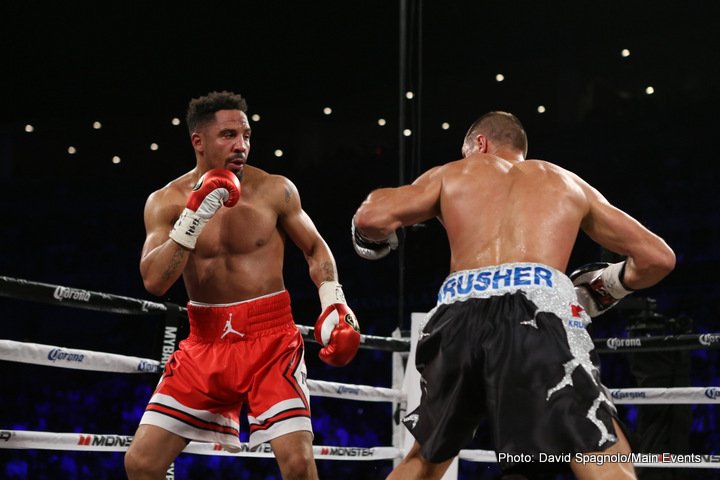 Fans love a comeback, a successful one anyway. Over the years, some great fighters have shown that age is indeed just a number as they have returned to the ring and regained at least some of their former glory. Guys like George Foreman (imagine, if you can, where Foreman would be placed in boxing history if he hadn’t made his “foolish” and “dangerous” comeback in 1987), Sugar Ray Leonard and more recently Manny Pacquiao were able to roll back the years and reach the top once again.

That said, who MIGHT we see come back here in 2019? Here’s a look at some of the possibilities and the likelihood of seeing them:

Current age: 34 (35 in February). Last fought: June 2017. Record: 32-0(16). Why would he come back? Ward has, by his own admission, been wrestling with the idea of fighting again since his unexpected departure from the ring. With big-money fights out there for him against the likes of Oleksandr Usyk and Callum Smith, maybe Ward will decide to test his amazing skills at least once more.

Chances of it happening on a scale of one-to-ten: Five.

Current age: 42 (43 in March). Last fought: April 2017. Record: 64-5(53). Why would he come back? Klitschko has sent out teasing hints that he might return. In great physical shape and never far from a gym, the former heavyweight king also sent a tweet to his conqueror Anthony Joshua, in which he wrote how the way he feels, he “beats the entire heavyweight division.” And a rematch with either AJ or Tyson Fury would certainly sell.

Chances of it happening on a scale of one-to-ten: Three.

Current age: 47. Last fought: May 2016. Record:60-6-1(53). Why would he come back? Money! How else does Briggs earn a buck these days? Also, Briggs has said many times, right up until recently, how he is determined to fight again, that he won’t let anything stop him. Briggs still appears to be in good physical condition and even at his advanced age he would have a puncher’s chance against a number of big names.

Chances of it happening on a scale of one-to-ten: Seven.

Current age: 41 (42 in February). Last fought: August 2017. Record: 50-0(27). Why would he come back? Aside from the fact that he just did, in an exhibition, anyway, Floyd’s name is almost constantly mentioned in terms of future fights. And Mayweather himself told us a few months before Christmas that he was set to return to fight Manny Pacquiao a second time so as to pick up a nine-figure payday. As rich as he is, Mayweather will always need money, so say plenty of people.

Chances of it happening on a scale of one-to-ten: Six.