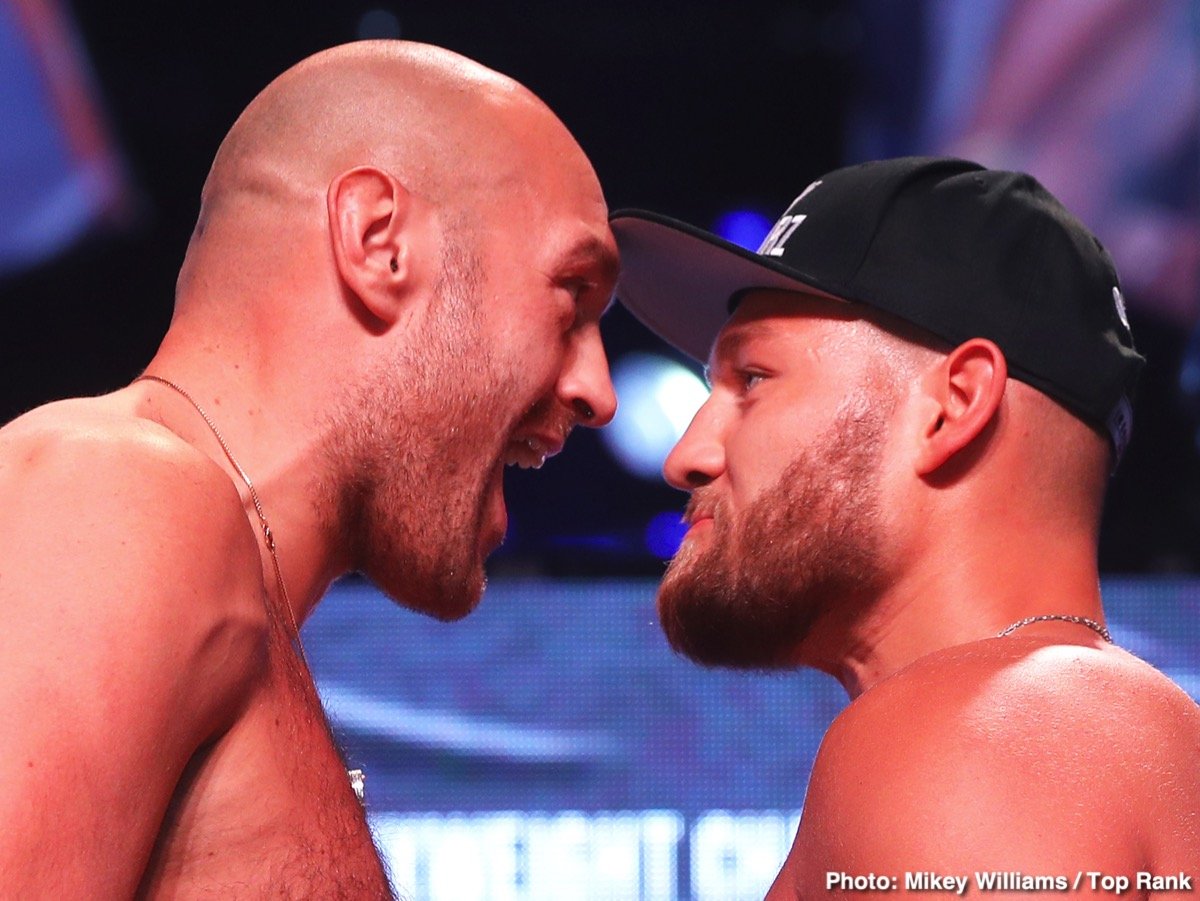 Tyson Fury weighed in a little higher than expected on Friday in coming in at 263 pounds for his fight on ESPN+ against German heavyweight Tom Schwarz at the MGM Grand Garden Arena in Las Vegas, Nevada. 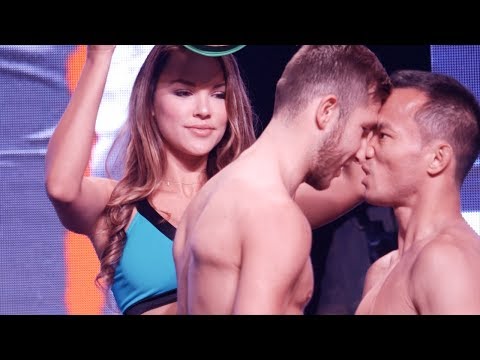 Fury appeared to be in shape except for his midsection, which looked like he was carrying around fat that still needed to be trimmed off. At this point in Fury’s career, he’s likely going to always have a dad’s type body instead of a more youthful physique of an athlete. One thing you can note is Fury weighed in seven pounds heavier than the 256 pounds that he came in at for his last fight against WBC heavyweight champion Deontay Wilder.

To be sure, Fury can say that he’s in just good a shape or better than he was for the Wilder fight six months ago, but he doesn’t look it. Fury looks like he might have taken in more calories than he would burn off. The 6’5″ Schwarz say he’s going to take advantage of a weakness that he sees in Fury’s game. As former German star Max Schmeling once said in talking before his fight with Joe Louis, ‘I see something.” Fury’s midsection is an inviting target for Schwarz’s punches.

“Max Schmeling saw something in the world champion Joe Louis and shocked the world by knocking him out,” Schwarz said to The Telegraph. “Eighty three years on, it’s time for a German to do it again. I have a picture in my mind. I must knock him out to beat him. I have watched all Fury’s fights many time. I know him like myself. We have a plan.”

Former light heavyweight world title challenger Barrera will be facing the hard hitting Jessie Hart (25-2, 21 KOs) in a 10 round fight in the co-feature bout on the card. Hart, 29, is coming off of a 12 round majority decision loss to former WBO super middleweight champion Gilberto ‘Zurdo’ Ramirez last December. It was Hart’s second defeat at the hands of Ramirez. Hart’s power was top notch in the two fights with Ramirez, as he was able to hurt him repeatedly, but he couldn’t keep up a high enough work rate to finish the job. Ramirez outworked Hart in both fights, and that was the difference.

The 37-year-old Barrera (22-2, 14 KOs) isn’t as busy as Ramirez, and he’s not as young or as fast as him. Hart might have too much for Barrera. It’s still going to be a tough match that can go either way. Hart is a little one-dimensional with his bad of throwing so many uppercuts.

To beat a well-schooled fighter like Barrera, who comes from Cuba, you’ve got to have more than an uppercut in your arsenal if you want to beat him. Hart might not be well-rounded enough in the boxing game to defeat a talented fighter like Barrera. The only guys that have beaten Barrera in the pro ranks are Andre Ward and Dmitry Bivol. Those guys would likely easily beat Hart, who would get out-boxed if he tried to throw nonstop uppercuts all night long against those type of fighters.

Read:  David Haye dares Fury to battle Chisora toe-to-toe like he said he would