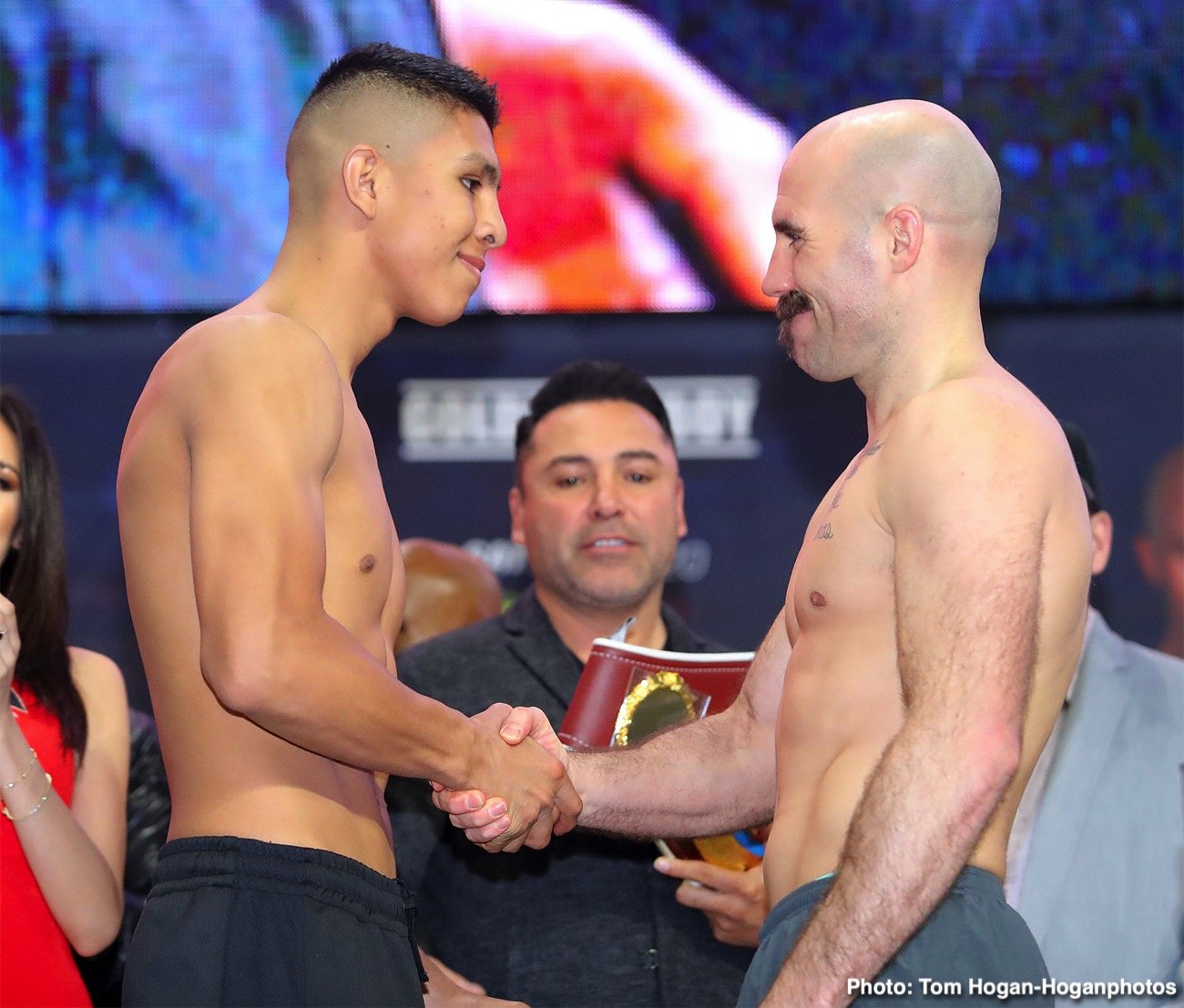 The first weekend of boxing officially kicks off for 2020 with cards featuring interesting fights on ESPN, DAZN, & Showtime. On Friday Claressa Shields moves down yet another weight class to challenge Ivana Habazin. On Saturday Jesse Hart and Joe Smith Jr. do battle in the main event on ESPN & Jamie Munguia test the middleweight waters versus Spike O’Sullivan on DAZN.

Let us begin with the most intriguing bout on the paper pitting Jesse Hart against Joe Smith Jr. in a mid-level crossroads matchup sure to entertain the viewing audience on ESPN. Hart had run up his undefeated record to 22-0 before entering the right with then 168-pound belt-holder Gilberto Ramirez. Ramirez walked away the victor but not without a good showing from Jesse Hart. On his way back to another shot at Gilberto, Hart fought Demond Nicholson. Although Hart go the ‘W” Demond was able to hurt Hart and almost had him out. A fight later, Hart lost another competitive fight to Ramirez, this time via majority-decision.

Instead of going back to the drawing board taking easy fights, Hart went directly into a summer clash with Sullivan Barrera in 2019. Hart was victorious over Barrera which is impressive in its own right he also had moved up to 175 for the fight. Now about 7 months later Joe Smith Jr. stands in his way of climbing further up the ladder at light heavyweight.

In the early part of the summer back in 2016 Joe Smith Jr. made his mark on the boxing scene. A sizable underdog on NBC versus Andrzej Fonfara, Smith would hurt and stop Fonfara in shocking fashion. The fight was suppose to help build the ‘Polish Prince’ Fonfara’s profile after getting key wins over Julio Cesar Chavez Jr. and Nathan Cleverly. Later that year, Smith Jr. would knock Bernard Hopkins literally out of the ring, sending the first ballot Hall of Famer into a sudden retirement.

The following summer Joe was defeated soundly by Sullivan Barrera. Injuries to his jaw and other parts of his body may have put a dent in native Long Islander career. Almost a year later, Smith Jr. tuned up with Melvin Russell but wasn’t able to land another fight until about 9 months later. Joe would face the highly-technical Dimitry Bivol and was beat clearly beyond a moment were Bivol was hurt from a hard right hand.

Look for Joe Smith Jr. to come forward from the jump as he barrels his way on the inside. Once close Smith Jr. is a solid puncher who can attack the body, land short hooks and overhand rights in close quarters. The main problem for Smith Jr. will be hand and foot speed as he attempts to cut the ring off. For Hart his height and length will be a difficult task for Joe to deal with. The long jab while on the move along with a blistering right hand over the top will give Joe fits. Activity and injury history doesn’t favor Joe Smith Jr., working all those hours doing manual labor may have caught up to him pro fighters. This podcaster believes the fight will make for good television but will be a case of Joe talking 2 or 3 punches to land his one bomb. The clean punching by Hart will add up on the scorecards in his favor.

My Official Prediction is Jesse Hart by MD or late TKO.

This Friday in the Showtime main event Claressa Shields faces Ivana Habazin for two vacant straps at junior middleweight. Say what you want about some of Shields comments outside of the ring but inside she is trying to make noise as a top fighter. This will be the third weight class Shields has competed in and one would think at junior middleweight her power will show up more the way it did in the unpaid ranks. Much like MMA a chunk of years ago, woman’s boxing does have a depth issue overall. That’s not Claressa’s fault and to her credit she’s making the most out of her professional career by taking chances and meeting fighters at their comfortable weight class.

Habazin doesn’t have many quality wins on her resume, but she has faced Cecillia Braekhus, dropping a UD to her back in 2014. Shields added another wrinkle to her pro game by showing skills from the outside in her last outing by dominating Christina Hammer. Claressa shouldn’t have too much trouble taking care of Habazin while most of the attention centered around this matchup unfortunately is focuses on the weigh-in incident from last year.

My Official Prediction is Claressa Shields by UD.

Jamie Munguia will take on gatekeeper Spike O‘Sullivan this Saturday night on DAZN. Munguia made 5 defenses of his WBO junior middleweight belt he won off of Sadam Ali in 2018. Brandon Cook, Takeshi Inoue, Liam Smith were decent opponents for a younger fighter still in development. Last spring most of the boxing fans saw Munguia get beat by the craftier Dennis Hogan. Mungui got the nod but began to cite weight issues to explain his poor performances. Munguia wasn’t a huge puncher at 154 when in with a legit guy so it will be interesting to see how his reckless style translates to 160. O’Sullivan is custom made as a stiff and basic yet hard punching vet who will no doubt give it his all. Look for Munguia to use more jabs and maybe not throw caution to the wind by brawling right from the first bell.
Spike’s best name he beat was Antoine Douglas winning by KO in late 2017. His two losses came by way of stoppage from Chris Eubank Jr. and most recently getting sparked by David Lemieux. Neither guy would be considered fast-handed equating to what should make for an exciting fight for all 12-rounds. Punch rate and youth will be on Munguia’s side, more than enough to lean to Jamie.

My Official Prediction is Jamie Munguia by UD.

Side Note: Don’t forget to checkout rising prospect Jaron Ennis as he returns in action against Bakhtiyar Eyubov on Showtime.