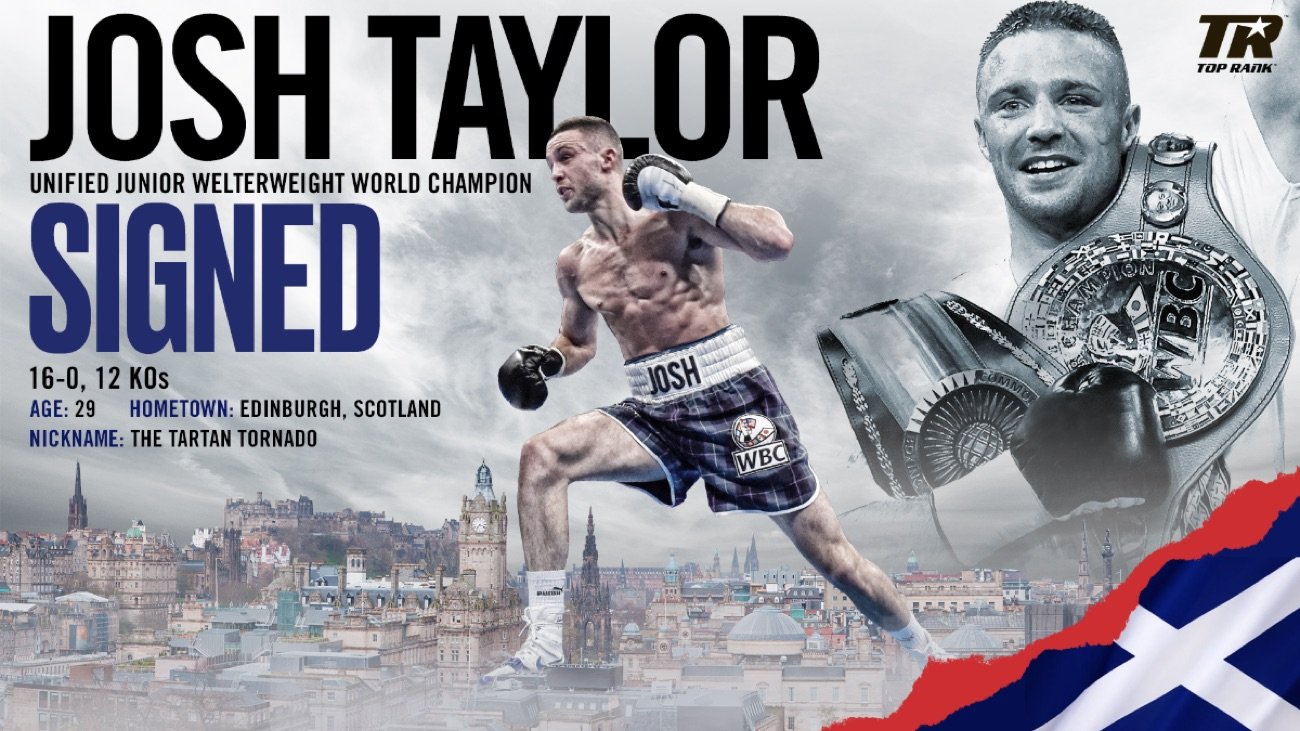 “Yeah, Josh Taylor is a great addition to Top Rank. He proved himself in winning the World Super Series,” said Bob Arum to Blue Blood Sports TV. “We’re looking forward to promoting him, and doing some big fights for him.

“We have another 140-lb guy who is sensational in Jose Ramirez,” Arum said about WBC/WBO 140-lb champion Ramirez. “Hopefully by the end of the year they’ll be ready to fight. Yes, exactly. I love undisputed. That’s right, Bud went through everybody, won all the belts, and went up to 147,” said Arum about Terence Crawford.

The 5’10 1/2″ Taylor looks ready to fight at 147 right now. It would be a pity if he’s going to hold himself back in order to fight Arum’s Top Rank stable fighters Ramirez and Teofimo Lopez. If Taylor moves up to welterweight right now, he can get huge rights away against the likes of Terence Crawford, Errol Spence and Manny Pacquiao,

Taylor and Ramirez being groomed to face Crawford

From there, Arum would like to potentially match the Taylor vs. Ramirez winner against WBO welterweight champion Terence Crawford. But before that fight happens, there’s the possibility Taylor or Ramirez will defend against Teofimo Lopez once he moves up to 140, which he’s expected to do soon.

Top Rank signed the unbeaten Taylor (16-0, 12 KOs) to a multi-year contract with their promotion this week. The signing gives Top Rank another chess piece to use for fights against Jose Ramirez, Teofimo and Crawford. Those are the big 4. If Vasiliy Lomachenko were willing to take a risk with his career, he could get in on the action too at 140, but he’s showing no interest thus far in daring to be great.

Taylor, 29, won the Ali Trophy in defeating WBA light welterweight champion Regis Prograis by a 12 round unanimous decision to win the World Boxing Super Series tournament on October 26 at the O2 Arena in London, England. A lot of fans believe that fight was between the #1 and #2 at 140. Ramirez obviously will have something to say about that, since he feels he’s among the top two in the weight class.

Taylor’s first fight with Top Rank is expected to take place in April against possibly his IBF mandatory challenger Apinun Khongsong (16-0, 13 KOs). It’s not a great fight obviously, because the Thailand fighter Khongsong is an unknown fighter, and his opposition on his 4-year professional resume have been woefully bad.

In some respects, it’a almost better for Taylor to vacate his IBF title, and just focus his career on fighting opposition that the hardcore and casual boxing fans care about. But for the fans that are into stats, it’s important for Taylor to try and unify the 140-lb division before he moves up to 147 to take on Crawford.

“Yeah, obviously,” Arum said when asked if the idea is to have the Taylor vs. Ramirez winner face Crawford.

With all the hyping Arum had done about Terence Crawford for the last 10 years, it would be interesting to see how he reacts to him potentially losing to Ramirez or Taylor. It would obviously look bad because Arum has been talking about how Crawford is the best fighter at 147 since he moved up in weight, but his weak resume doesn’t support all the bold talking he’s done about him.

Taylor would have an excellent chance of beating Crawford RIGHT NOW if that fight is made. Ramirez would likely force Crawford to get on his bike, and that would be an ugly way for him to win. To pick up fans, Crawford needs to be able to beat Taylor and Ramirez in the trenches rather than running around the ring like he did against Viktor Postol, John Molina Jr. and Jeff Horn. 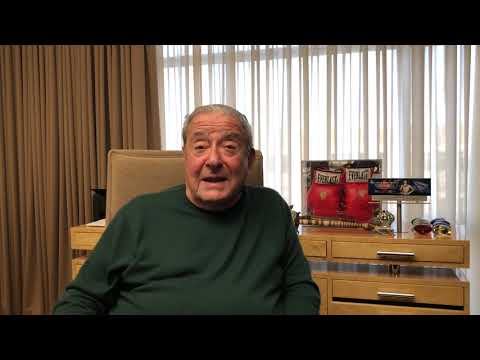