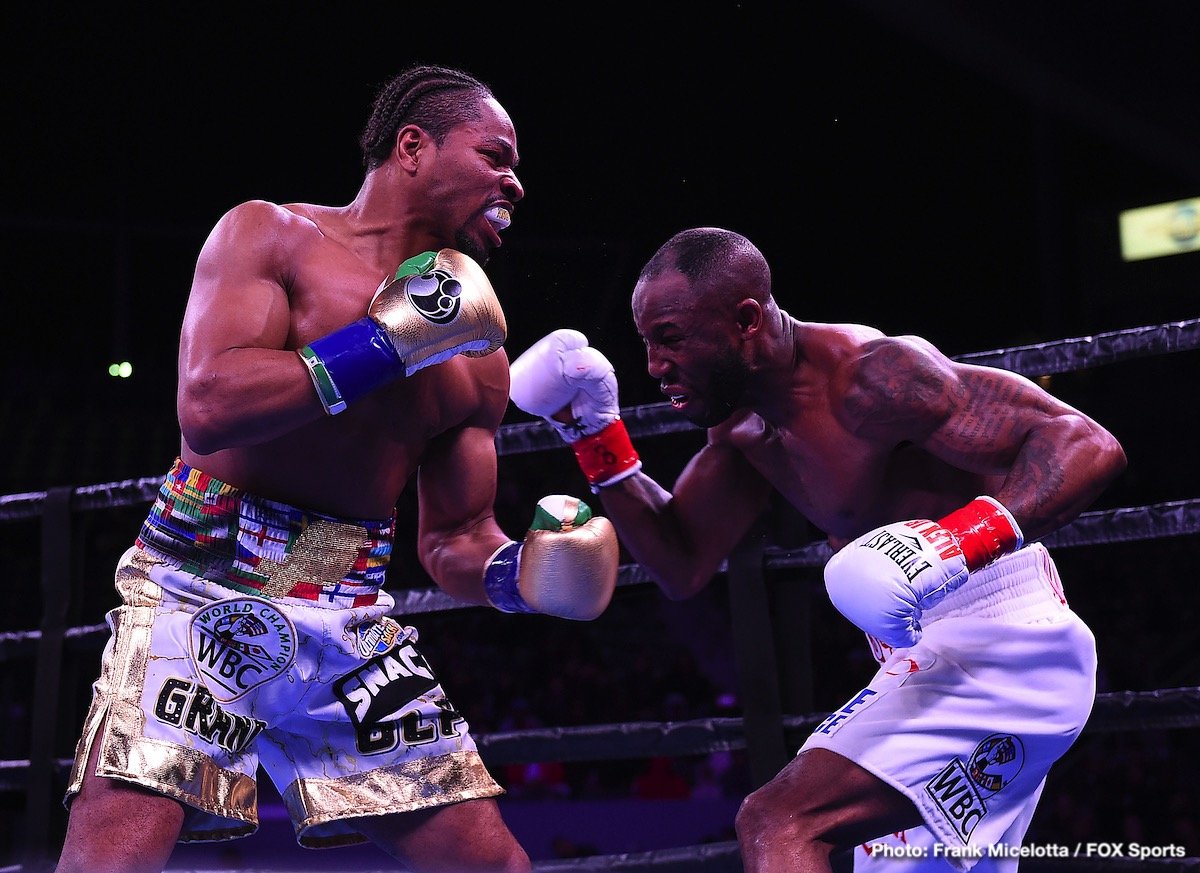 Shawn Porter is still the WBC welterweight champion, but fight fans everywhere are grumbling over and debating the 12-round split decision the usually all-action fighter was handed last night at the conclusion of his hard battle with slick Cuban operator Yordenis Ugas. The scores were all over the place in Carson, California, with one judge having challenger Ugas, now 23-4(11) the winner by a clear margin at 117-111, with the other two judges having it 116-112 and a closer 115-113 for Porter, who is now 30-2-1(17).

Porter, who must admit, to himself if not to his fans, that he had a bad night – this no doubt partly due to the almighty struggle he had to endure in order to make the 147 pound weight limit – goes on to bigger fights. But what about Ugas? The challenger, who has never been stopped, certainly proved he belongs at elite level, but will the 32 year old get another title fight opportunity? As bad as he made Porter look last night, chances are the other welterweight rulers will be in no rush to grant Ugas a title shot.

“It was, in my opinion, something like 8 rounds to Ugas and four rounds to Porter,” Salas told me. “The ugliest thing was when the referee (Jack Reiss) did not count in round-12, when he declared that Porter had slipped. But anyway, I am very proud of Yordenis, who proved that any elite fighter in the welterweight division has to be at their best to be able to match with him.”

Porter may look seriously at moving up in weight, while for Ugas, unfortunately, it could prove to be a case of back to square one. There’s no doubt about it though, Ugas would be a tough, tough fight for any 147 pounder out there.