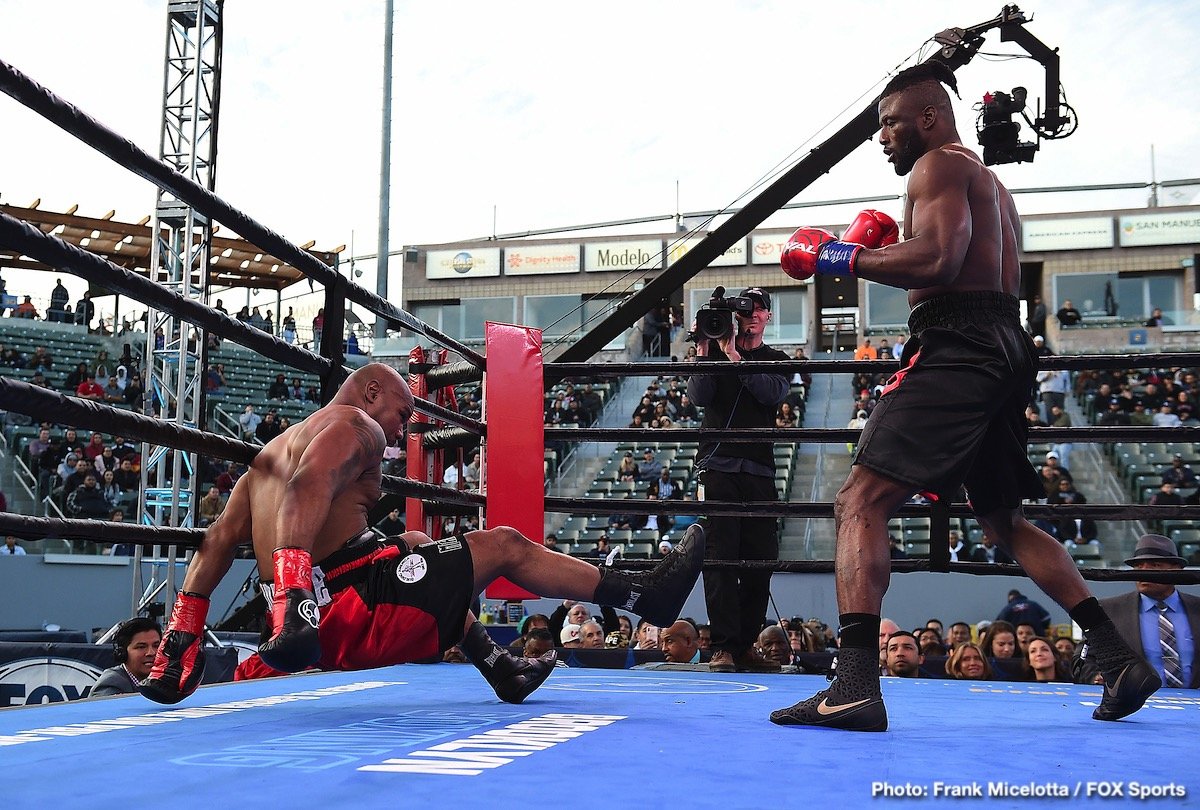 Last night, on the Shawn Porter/Yordenis Ugas card, unbeaten heavyweight prospect/contender Efe Ajagba tackled the most notable name of his now 9-0(8) pro career in veteran southpaw Amir Mansour. The result was total domination, as the big and athletic Nigerian who is trained by Ronnie Shields unleashed his power shots. Downed twice in a most torrid opening round, 46 year old Mansour did well to survive the three-minutes.

After being wobbled and hurt again in the second-round, Mansour knew he had a mountain he had no hope of climbing and opted to stay sat on his stool. He is now 23-4-1(16) and retirement must be at the forefront of Mansour’s mind.

For Ajagaba the goal is simple, if lofty: “I want to be the best heavyweight in the world,” the 24 year old said after his short night’s work. “That’s my dream. I’m going to go home and work hard and prepare for the next fight.” 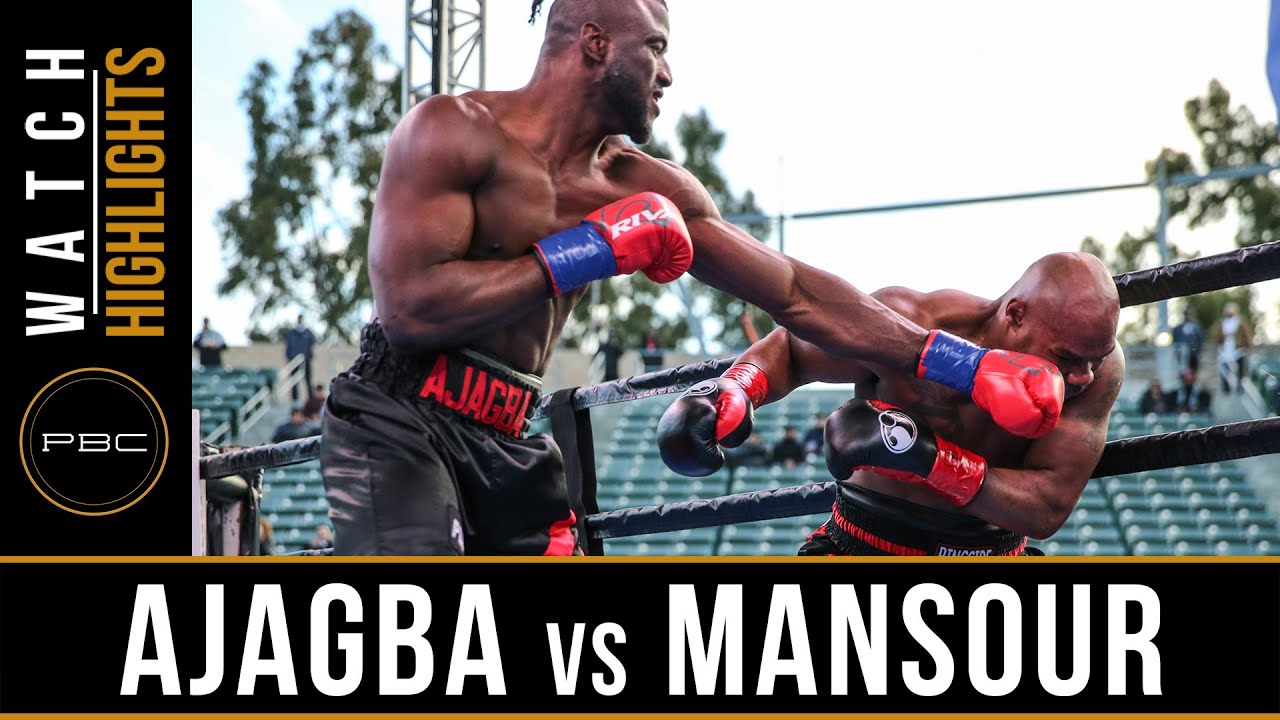 Ajagba, who has boxed a total of just 14 rounds since going pro in July of 2017, is in need of sterner tests (on paper Mansour was a test) but it could be tough finding them for him. On the one hand, Ajagba cannot be matched too tough, yet he needs rounds, experience. Absolutely one to watch, and arguably THE best young and unbeaten heavyweight up-and-comer out there right now, Ajagba seems to be blessed with it all.

We need to see if Ajagba has a chin to match his power, athleticism, accuracy and all his other impressive attributes, but if he has a solid beard, watch out the entire heavyweight division. There are a number of exciting young heavies coming up right now – including Ajagba, Daniel Dubois, Joe Joyce (who is already 33 years of age), Nathan Gorman and one or two others.

Would any promoter be brave enough/crazy enough to match their heavyweight with Ajagba? A clash between Ajagba and the UK’s Dubois just might prove to be a big explosion somewhere down the road. Between them, these two just might have the future of the heavyweight division in their powerful hands.