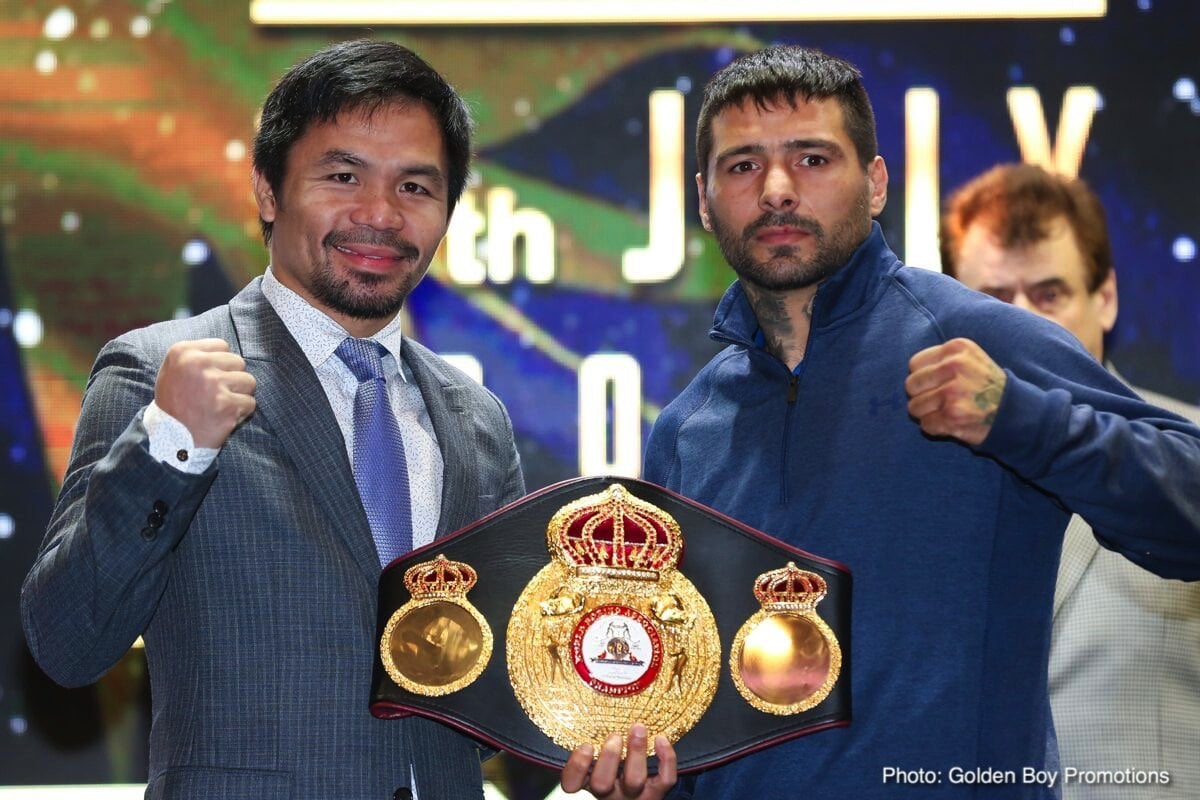 Manny Pacquiao did not just knock out Lucas Matthysse in their exciting fight in July, Pac Man knocked all the remaining fight out of the 35 year old warrior. Matthysse today officially announced his retirement from the ring. Matthysse, 39-5(36) made his announcement via his instagram page.

Matthysse was stopped just twice, by Postol and by Pacquiao, and his rumbles with Molina, Provodnikov and Garcia were crammed full with action. Matthysse didn’t quite do enough to have a realistic chance of one day being enshrined in The Hall of Fame but he sure made his mark on the sport in a big way. Very much a fan favourite in the way his countryman Marcos Maidana is beloved (and what an all-out war that fight would have been!), Matthysse can walk away from boxing with his head held very high.

Pacquiao, speaking with The Manila Times, wished his recent rival all the best for the future:

“That’s okay. He really earned a lot financially in his last fight. He should be proud of his career and he has a good record,” Pacquiao said of the man he defeated to win himself yet another belt. “It was a great pleasure to fight somebody like him from Argentina. My favourite football team is Argentina. He just made the right decision if he feels that way or he doesn’t like to box anymore. At the same time, he’s the one who will decide if he’s going to continue.”

It’s possible Matthysse may change his mind on his retirement and attempt to come again, but at age 35 (36 next month) and after being badly beaten by Postol and by Pacquiao, Matthysse seems to have made the right decision in walking away. Let’s hope his retirement sticks.