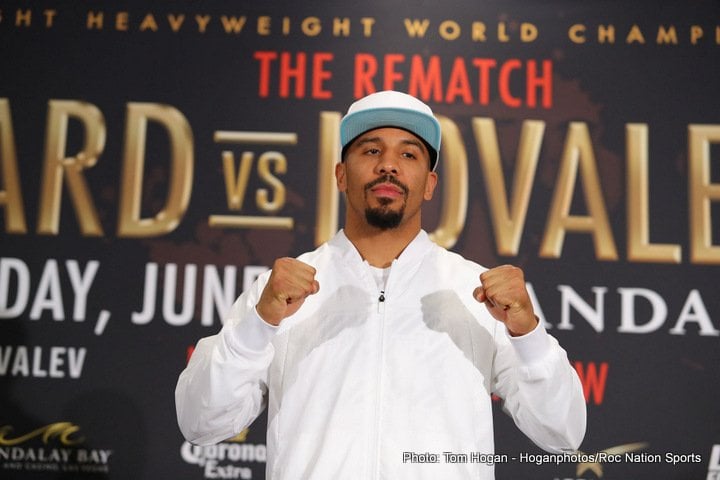 Andre Ward and Sergey Kovalev delivered a remarkable performance; one which I believe has drawn a great debate in its conclusion. All sides present justified facts for the reasons supporting their account of what was one of 2016’s most exciting bout. The fighters and their respective camps have equally been charged in their testimony of all that which took form in their first encounter.

The 19th November 2016 bore the finding narration of the highly engaging battle paired with an equally disputed resulted. It was a rather closely matched fight; I am not fooled into the polarizing debates which argue that the winning margin was greater than that which we saw manifested. The difficulty in their understanding has taken further strain as mutual agreement and respect has been evasive. This has cemented merit for further engagement to determine who truly should stand as an exalted king.

Whether Ward and Kovalev were dealt a loss, neither would be happy with anything but a win.

No can deny the talented array of tools that either of fighters possess. I write off any notion that the rematch is going to unveil sheer performance of domination of one fighter upon another. Kovalev is simply not the type of fighter that one is going to outbox with ease, nor is Andre merely going to be muscled out with furious power punches. They are both gifted and intelligent fighters, aching to impose themselves.

The truth is that Sergey really did have Andre in some troubled time earlier in the fight, I found myself rather surprised how Kovalev was able deliver punishing blows, stalking Ward and beating him in countless instances. Sergey humbled Ward’s efforts and seemingly made him look human again. Ward was forced to hit the canvas in the second round at the mercy of Kovalev’s right hand onslaughts. A lot of people were convinced that this bout was bound to end early especially with the manner the viciously punching Kovalev was punctuating his intent in the fight.

It had visibly become an uphill fight for Andre Ward, a man who has not lost a fight since his 13th birthday. He was tasked with rising up from the deck against a man known to put people to sleep. This was a striking moment in the fight; Sergey had drawn blood and been gifted an opportunity to conclude the encounter on his terms.

Andre was knocked down by a possessed bull with the intent to end the bout. Who of them possessed the mental resolve that would prove superior in overcoming the demands at hand? Kovalev tried desperately to stop Ward and end the bout with his crushing blows. It is during these onslaughts that I believe that Kovalev put a notable drain upon his gas stores; something he later linked to overtraining.

In rounds four and five, Andre rediscovered himself in the middle of hell’s fires and in circumstances he has rarely found himself in. He recognised the measure of the challenge that stood before him and began making some game changing adjustments frustrating Kovalev with his valiant and effective assaults to the body. Ward begun to controlthe momentum from 4th to the 9th round which saw Kovalev’s reintroduce his powerful right hand punches in the 10th.

It was an impressive to watch the Ward gather from the canvas to claw his way back into contention. It cannot be denied that Sergey missed his opportunity to end the bout in the earlier rounds. He had Andre trapped in a manner no other has ever managed but somehow he let him get away. That is not something I can fault Ward for. Sergey has to reveal unto himself why it was that he could not bring explosive conclusion to the bout when opportunity was gifted to him. He gifted Ward an escape route, allowing him to catch up and make the bout closer than it would have otherwise been.

I do not believe the fatigue that set in for Kovalev can merely be attributed to his physical state. The fact that Ward resisted any temptation to succumb to Kovalev’s punishment seems to have worn Sergey’s composure and tattered his game plan. This was an opportunity Kovalev lost and Ward seized with all his faculties.

I do feel gutted for Kovalev, his talent is immense and the result difficult to predict before being read out.

This fight could have gone to either fighter and valid argument for each camp is tangible. A draw may have been more fitting; I cannot see enough light separating the men or their abilities on the night of their first encounter. However I know that Ward vs Kovalev II, will allow us to unveil the greater fighter of the two on 17th June 2017.