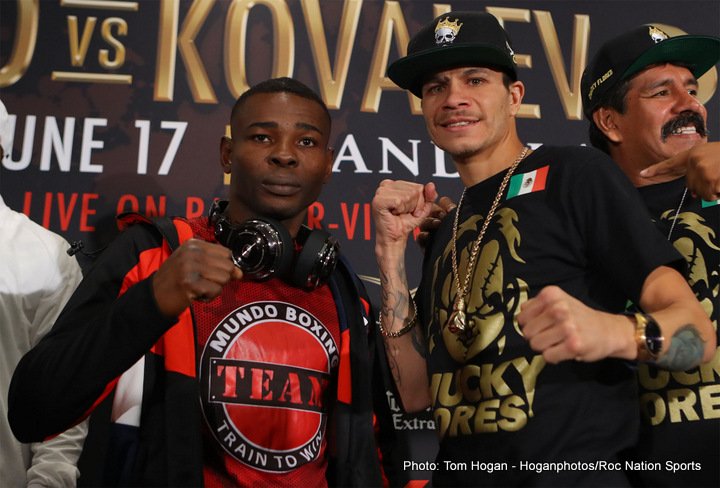 Of all the almost criminally avoided boxers over the years, Cuban master Guillermo Rigondeaux has to be close to the very top when it comes to a fighter being swerved. Despite being a superb talent, a pound-for-pound star, the 36 year old has not been able to land himself the big fights his considerable talents more than deserve. No wonder Rigondeaux is frustrated.

Tomorrow night, “El Chacal” will climb into the ring with a good fighter in his mandatory challenger, the unbeaten Moises Flores, and the southpaw hopes bigger fights will finally come after the fight that will snap an eleven month enforced inactive spell.

Speaking with The Las Vegas Review-Journal, Rigondeaux, 17-0(11) says fighters have made excuses so as not to face him, chief of these being that he is “boring” and doesn’t register knockouts. Not so, says Rigo – and looking at his record, it’s clear to see he is no powder-puff puncher; with roughly two thirds of his fights ending inside the distance.

“There are many reasons why people don’t want to fight me, but I really think that will get better, ” Rigondeaux said. “Big fights are coming. Everyone knows I don’t avoid anyone. I don’t understand this myth of me not having knockouts. That myth was invented by some child who’s afraid to fight me and doesn’t want to put on gloves. Most of my fights end in knockouts.”

Rigondeaux said that his target for after he has dealt with the unbeaten Flores, is a unification with fellow super-bantamweight champ Jessie Magdaleno. “Tell Bob Arum that’s the fight we want,” Rigondeaux’s manager said in Las Vegas. That fight would be a good one, one that, should he win it, would help with Rigondeax’s profile and earning power.

No less than the unbeaten Andre Ward holds the gifted Cuban in very high esteem, saying how he “is a master in the ring.” “I watch him to take notes,” Ward said.

Hopefully, the majority of boxing fans will get to see Rigondeaux in the big, big fights he needs soon. Might Rigondeaux even steal the show on tomorrow night’s card?