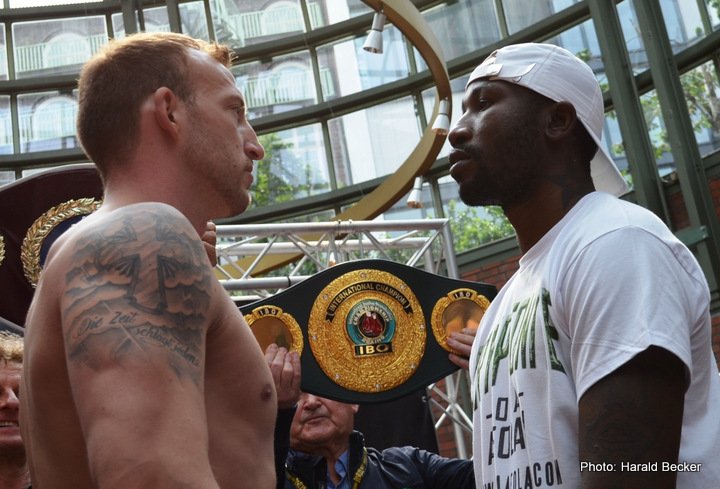 Fighting for anything but the money, unbeaten cruiserweight Mario Daser of Germany could well be looked at as an usual case. A self-made millionaire (Mario having done very well in the property market) the 13-0(6) contender says it is his life’s goal to win a world title.

The 28 year-old made believers of some with his last fight, an upset stoppage win over a past his best but still vastly experienced, and betting favourite, Ola Afolabi. Daser is rightfully proud of the third-round stoppage win he score on May 19th; and he now aims to go on, improve, and then “beat an even stronger fighter” than the former interim WBO champ.

Daser, who had a tough, somewhat troubled early life, is another example of how boxing can be a saviour – his discipline learned in the gym – and the man who doesn’t need to fight but does so because he loves it aims to inspire as many people as he can with what he has done and is doing.

Q: The win over Afolabi was big for you, and an upset. You must be very proud?

Mario Daser: “Yes, of course I feel very good to have beaten a great boxer. My hard training paid off. There is always room to improve, and to face a challenge on an even higher level. Now my goal is to train even harder, and to challenge a boxer who is even stronger than Afolabi. I want to fight the best.”

Q: Yours is an interesting story in that, from a financial perspective, you don’t need to fight. Can you go as far as to challenge for a world title?

M.D: “I feel everything is possible. My ultimate goal is a word title fight and I am working very hard to make this happen, and to win it. The sport of boxing changed my life. When I was young I had a rocky time of things. Boxing is simply my passion and a hugely important part of my life. I want to show young people that there is always a positive way and solution, even in the bad times. In life, the biggest fight you have is the one against yourself and the bad habits you pick up.”

Q: Who are your boxing heroes and what was your amateur record?

M.D: “My hero is Joe Louis, he fought for so much more than just himself. His story impressed me deeply. I had no amateur fights at all.”

Q: Someone might ask, why take punches when you are a millionaire? Doesn’t it hurt to get punched when you have no need to?

M.D: “I say that when you are poor getting hit hurts even more. [When you are poor] you are boxing for your survival and you can loose a lot more as a result. I myself am boxing to give back to the people, to give them some of my good luck and to inspire them not to give up in life but to believe in themselves.”

Q: Who would your Dream Fight be against?

M.D: “Tony Bellew. I think he is the best [cruiserweight] today. He lived his dream! It would be mine to fight Tony.”

Q: For those fans who have not seen you box, describe your fighting style.

M.D: “I get into the ring, look at my opponent and then I get straight into the fight. I will fight until people have understood my message: that you should not merely dream your dream, but live your dream and fight hard to make it come true. My fans are a huge motivation to me and above all else I fight to make them happy.”