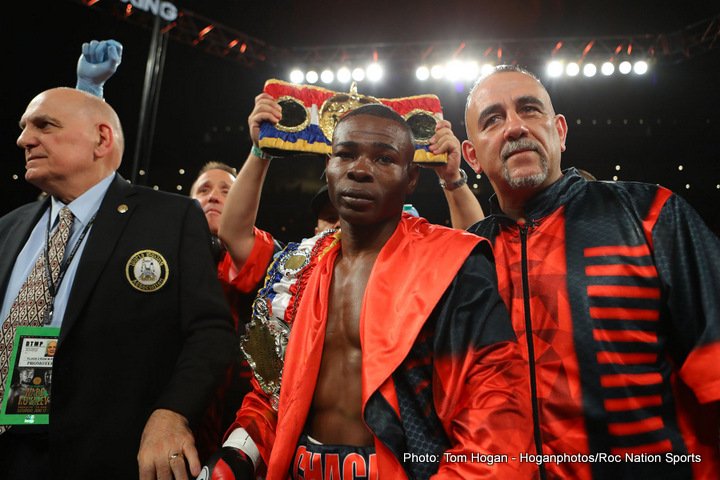 RESULT: Guillermo Rigondeaux by TKO at 2:59 of the First Round

Rigondeaux: “The Mexican was a brave kid. I commend him for getting in the ring with me. He has more guts than a lot of these other guys. We both threw combinations at the same time at the end of the first round. But mine was quicker and more accurate. It was only a matter of time. I fight to give the best performance to the public and all the fans. I am making everyone disappear at 122. I am always available. Tell me who is next. I want all of them, and will take them out one by one. I hope the whole world sees what it is like to get in the ring with me. I am tired of the press and everyone saying I am boring. You see what happens when someone brings the fight to me.”

Flores: “It’s not fair. It’s clear that the bell rang. He didn’t throw a punch the whole round. I was winning the round and he waited for after the bell to throw punch when I dropped my hands down.”

RESULT: Dmitry Bivol by TKO at 1:27 of the Fourth Round

Bivol: “I’m very glad the flight went this way. I found my ways that I practiced and I used them and you saw the results. I didn’t think he was going to work more as right-handed, as orthodox, but I was ready for everything so the fight ran smooth for me. I tried to open him up but for some reason. he didn’t want to go. He was close, he was very defensive and going back. But anyways, I won the fight!”

RESULT: Luis Arias by TKO at 1:16 of the Fifth Round

Luis Arias: “Finally! Your just heard my name. Top 10 all around. Easy work.”

Arif Magomedov: “There’s really not a lot I can say about this. He caught me with a really good shot and I couldn’t do anything about it.”

RESULT: Junior Younan by TKO at 1:39 of the First Round

Junior Younan: “I wanted to come out and make a statement and I did just that! I knew I could get it done in one round. I did all I could. I worked my ass off! The love that I have gotten since I arrived in Las Vegas has been tremendous. Thank you! And thank you to my promotor, Roc Nation Sports, for getting me to the greatest stage in boxing!”

RESULT: Vaughn Alexander by TKO at the end of the Fourth Round

Vaughn Alexander: “It was a good a good fight for me, another good win. Another step to get me closer to where I want to be, amongst the top middleweights. You know soon maybe next year sometime I can be considered for a World title. I just went in there and worked on my defense, what me and my brother been working on in the gym, throwing more combinations and just taking my time.”

RESULT: Tramaine Williams by TKO at 1:44 of the Second Round

Tramaine Williams: “He was going to take a beating if they let it go for all eight rounds. He has a family he has to get back to. It’s a good thing the ref stopped the fight. If there were 10 more seconds in the first round I would have had him. It would have been over! I’m pretty happy with my performance but I am I am always going to work to be better. Thank you to everyone for tuning in. I hope to be back in the ring next month. In the meantime, I plan on staying in shape and ready to fight. Thank you to Roc Nation Sports for the opportunity to be on this great card.”

RESULT: John Bauza by TKO at 1:14 of the Second Round

John Bauza: “That knock down felt great! It was an easy win because I worked hard. I felt strong in the first round. Thanks to all my followers and supporters. I will keep up great work. Whatever my promoters tell me next, will be next.”

RESULT: Bakhram Murtazaliev by TKO at 1:31 of the First Round

Bakhram Murtazaliev: “I’m very happy. The fight went so quickly that I didn’t have time to even think about how I felt. I didn’t intend to knock him out, it just happened.”

Alex Sandro Duarte: “He was taller and stronger than me. I was fighting in a weight class that was above my normal weight class. I am disappointed.”

Enriko Gogokhia: “I thought it was a good fight. I really wanted to knock him out but I also wanted to play with him and make him go a little harder. He was just the fighter I thought he would be and I was prepared for him. I am happy with my performance.”

Jonathan Steele: “Hopefully I will get back in there, I want revenge so hopefully I will be looking forward to a rematch. It was a great fight. I really enjoyed my first time in Vegas, it’s a beautiful thing. It was a very humbling experience. I will go harder in the gym and I’ll come back out here and continue on my path to become the world champion.” 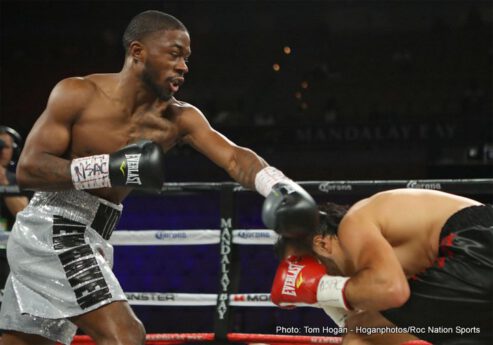 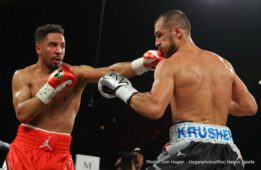 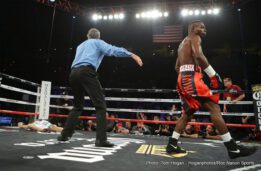 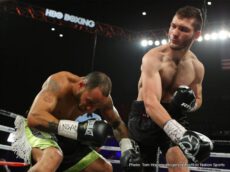 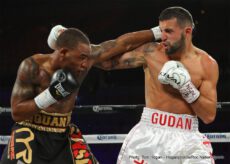 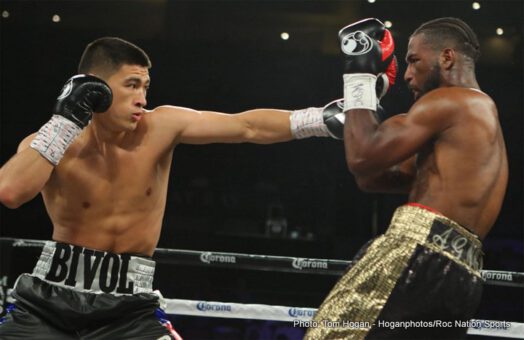 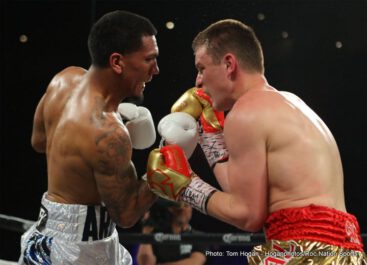 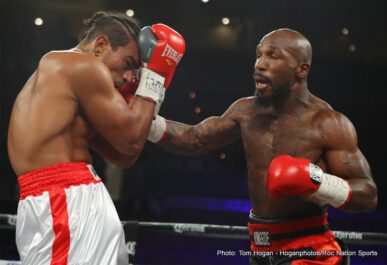 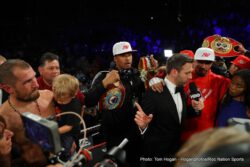 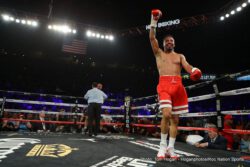 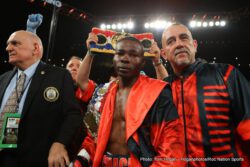 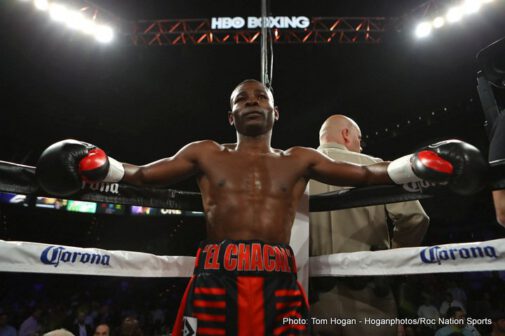 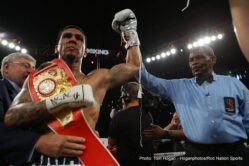 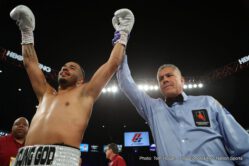 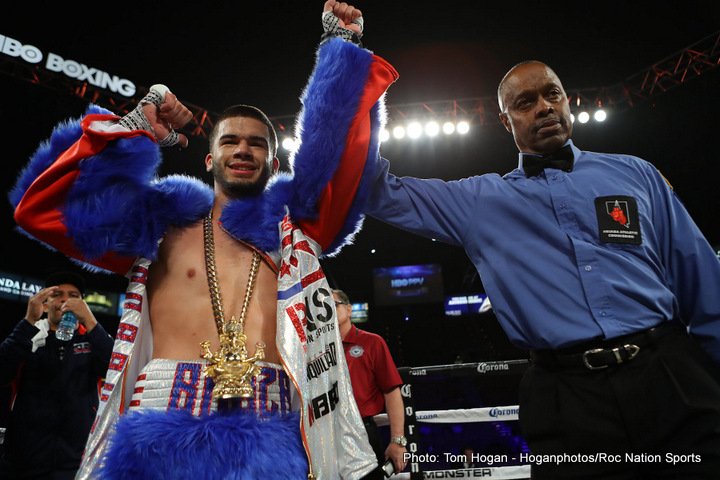