After a tour through Asia, Manny Pacquiao and Brandon Rios returned to the U.S. for a press event in the Big Apple.

Remaining tickets, priced from $1,275 to $115, and various ticket-hotel packages at Sands China’s Cotai Strip Resorts Macao, are now on sale and can be purchased online at www.venetianmacao.com/manny. U.S.-based fans may also order via a special toll-free number: 1-855-234-4410. 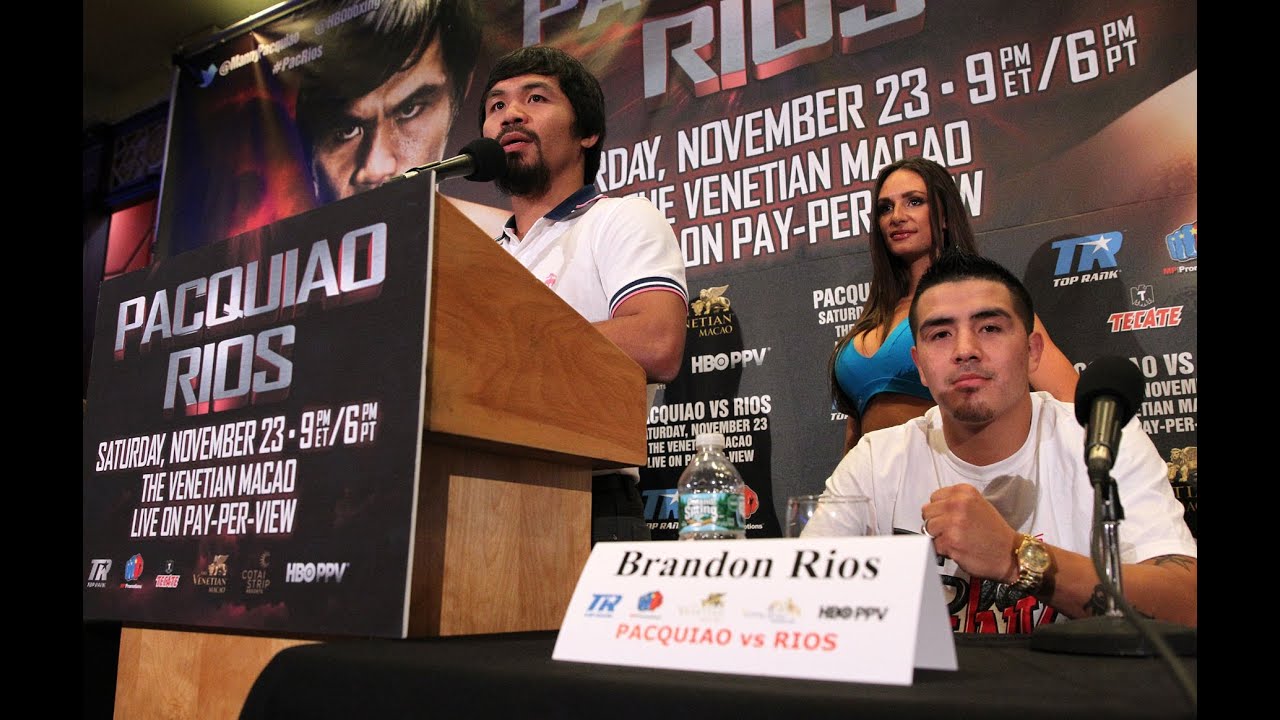 Last week, Pacquiao and Rios wrapped up the Asian phase of their unprecedented seven-stop, 23,722-mile international media tour which included Macau, Beijing, Shanghai and Singapore. Hall of Fame promoter Bob Arum and Edward Tracy, President and CEO of Sands China Ltd., will be joining the fighters in New York along with Trainer of the Year Robert Garcia of Team Rios.

Promoted by Top Rank® and Sands China Ltd., in association with MP Promotions and Tecate, Pacquiao vs. Rios will take place Saturday, November 23 at The Venetian® Macao’s CotaiArena™.  It will be produced and distributed live by HBO Pay-Per-View, beginning at 9:00 p.m. ET / 6:00 p.m. PT.

Manny Pacquiao and Brandon Rios join the “First Take” debate desk to talk about their Nov. 23 bout in Macau, Pacquiao’s loss to Juan Manuel Marquez and who would have won if Pacquiao had faced Floyd Mayweather Jr.

For Pacquiao, boxing’s only eight-division world champion, this marks the pound-for-pound box office monarch’s 2013 debut as well as his first fight outside the U.S. since his 12-round super featherweight unanimous decision victory over former world champion Oscar Larios in 2006, which took place in the Philippines. Rios, one of boxing’s most exciting fighters, has only fought outside the U.S. once, in México in 2008 when he won a 10-round split decision over Ricardo Dominguez.