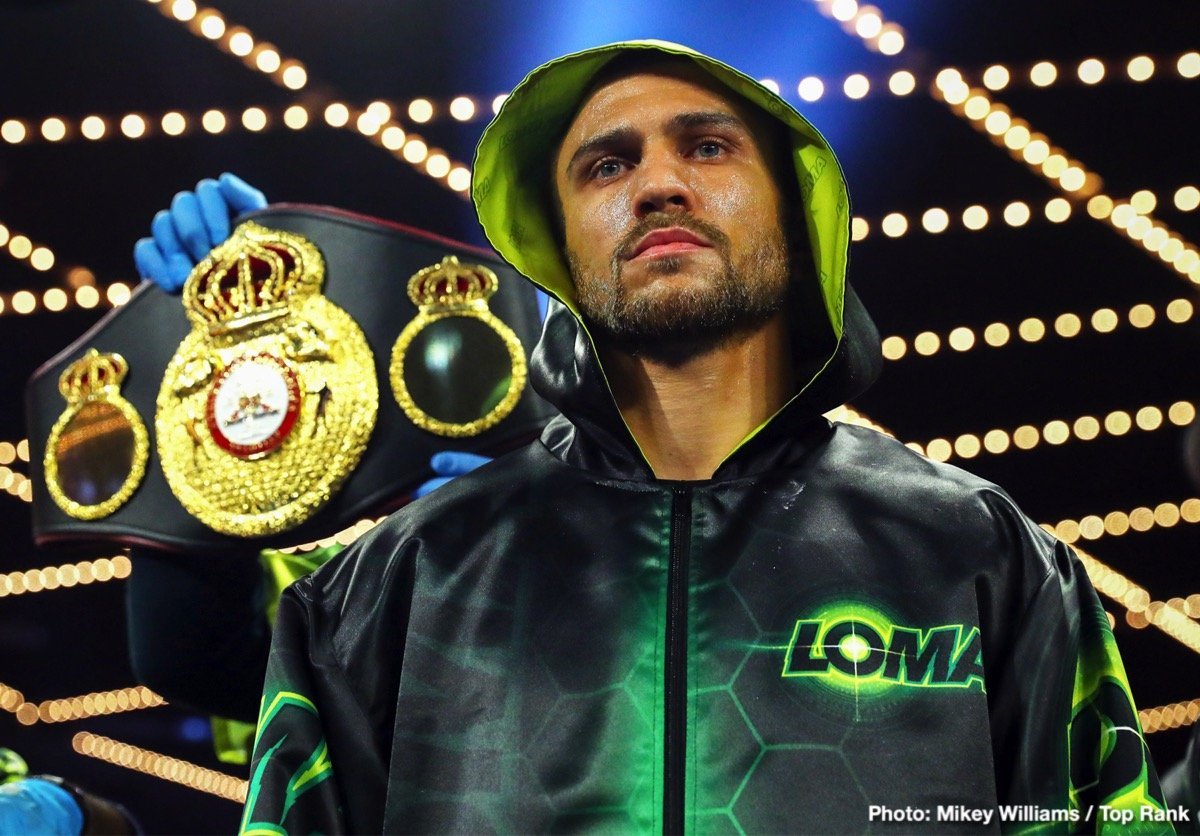 Vasyl Lomachenko is already eyeing his next fight. Just days after almost shutting-out a game but out-skilled Jose Pedraza to add the WBO lightweight title to the WBA and Ring Magazine belts already in his possession, “Hi Tech” has a target date for his next bout. It has been reported by The Los Angeles Times how Todd duBoef has reserved The Staples Centre in L.A for April 12th of next year. It’s a strong possibility that Lomachenko will face the winner of the February 2nd fight between Richard Commey and Isa Chaniev, who will fight for the vacant IBF 135 pound strap.

Though the February winner would not have too much in the way of time to get ready for Lomachenko – just two months and ten days – the opportunity to fight the Pound-for-Pound star would likely inspire the winner greatly. Still, if it proves to be a rough and tough fight on Feb. 2, with one or both men getting banged up, perhaps the winner would have second thoughts and feel he needs more time in which to rest up before fighting anyone.

But it is, as fans know, Lomachenko’s goal to become the undisputed champion at lightweight, the weight he says he feels is best for him at this stage of his career. With all due respect to both Commey and Chaniev, Lomachenko would enter the ring with either man as a considerable favourite to win. Of course, the big fight we all want to see is Lomachenko against WBC ruler Mikey Garcia. Who knows if we will get to see this potential classic some time in 2019. Many fans seem to think it’s quite doubtful.

But whoever Lomachenko fights, fans will tune in in big numbers. The Pedraza win was viewed by an average of 1.865 million fight fans on ESPN. Lomachenko is a master and fans sure do enjoy watching him go to work. We should be seeing the next Lomachenko masterpiece exactly four months from today. The gifted southpaw boxed just twice this year (due in large part to the shoulder injury he sustained in his great fight with Jorge Linares), but we might get to see the 30 year old fight three times in 2019.