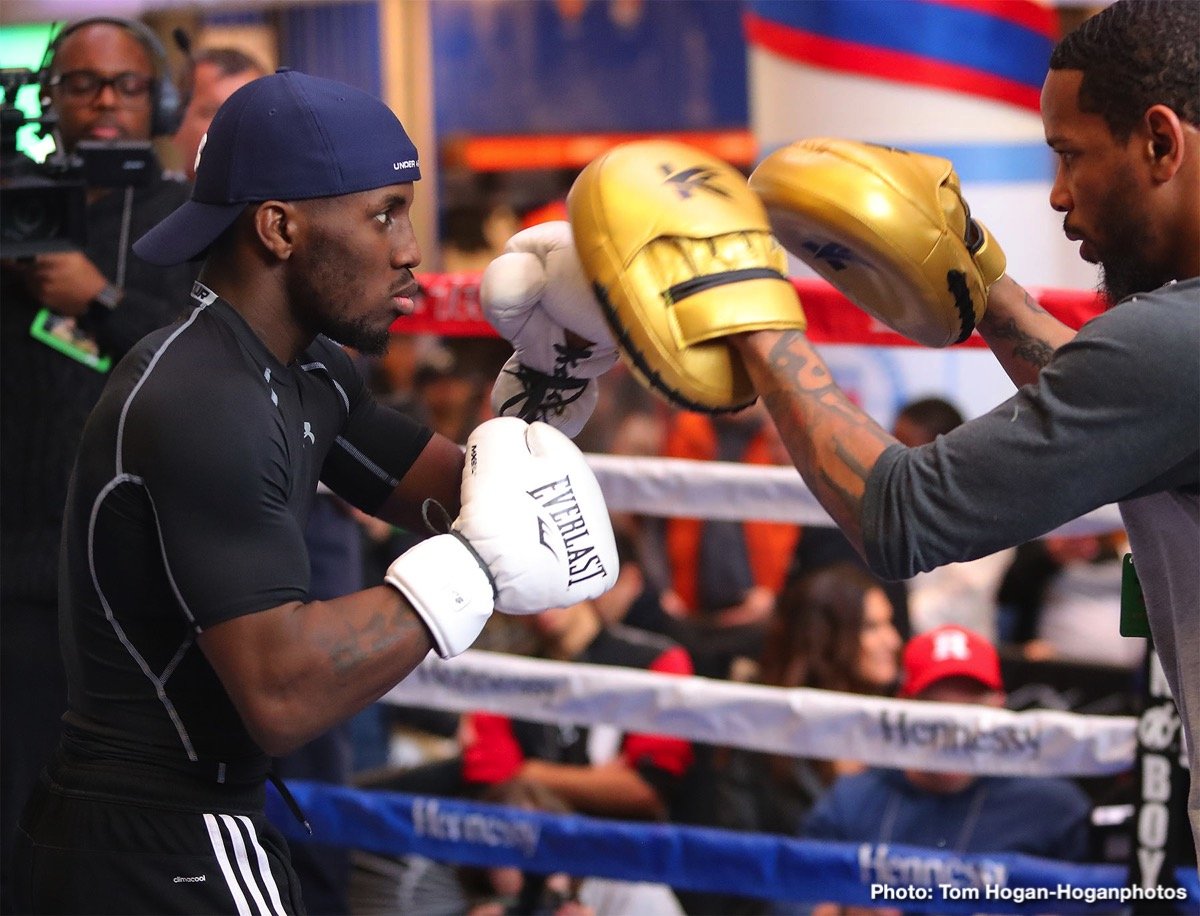 Farmer (27-4-1, 6 KOs), a native of Philadelphia, PA, will be making the second defense of his title against former world title challenger Francisco Fonseca (22-1-1, 16 KOs), of San Ramon, Costa Rica, in a 12-round clash on the undercard of the Canelo Alvarez-Rocky Fielding Super Middleweight Title bout at Madison Square Garden and live on DAZN.

“Tevin Farmer is the most active champion in boxing and one of the most skilled,” said Lou DiBella, President of DiBella Entertainment. “Tevin has fought 17 rounds over two championship bouts in the last four months, and the case can be made that he is yet to lose a minute, let alone a round. I expect a similar dominant performance on Saturday in Madison Square Garden as Tevin continues to establish himself among the elite of boxing.”

The 28-year-old Farmer won the vacant title with a 12-round unanimous decision against Billy Dib on August 3, in Australia. Quickly following that up with his first defense, Farmer stopped James Tennyson in the fifth round on October 20, in Boston, MA. The 24-year-old heavy-handed Fonseca has won three fights in a row, all by knockout, since challenging then-IBF Junior Lightweight titlist Gervonta Davis on August 26, 2017, in Las Vegas, NV.

Undefeated heavyweight contender Junior Fa (15-0, 8 KOs), WBO #10, of New Zealand, looks to continue his rise in the world rankings facing Rogelio Omar Rossi (20-6-1, 13 KOs), of Buenos Aires, Argentina, in a scheduled 10-round bout at the Horncastle Arena in Christchurch, New Zealand, on the undercard of former heavyweight titlist Joseph Parker’s return to the ring.

The 29-year-old Fa, who defeated Parker twice as an amateur, will be making the first defense of his Interim WBO Oriental Heavyweight Title earned with his 10-round unanimous decision against Luis Pascual on June 22. Southpaw Rossi enters the ring having scored two first-round knockouts in his last three fights.

From New Zealand to Canada: Also on Saturday, undefeated middleweight contender Steve Rolls (18-0, 10 KOs), IBF #15, of Toronto, Canada, will vie for the vacant USBA Middleweight Title versus battle-tested veteran KeAndrae Leatherwood (21-5-1, 13 KOs), of Birmingham, AL, in a scheduled 10-round bout at the Coca-Cola Coliseum in Toronto. Rolls returns to the ring following an eight-round unanimous decision against Damian Ezequiel Bonelli on April 18, in Toronto.

Fernandez, 23, who has been a fixture on top prospect lists, will be making his first start since dropping a decision to O’Shaquie Foster on September 21, in a bout aired on Showtime. Marcano will look to re-enter the win column following his first loss against top contender Miguel “Mickey” Roman.

“I’m so proud of the DiBella Entertainment roster, which continues to showcase its talent and depth on a weekly basis,” said DiBella. “As Tevin Farmer defends his world title in New York City on Saturday, three other world-class members of the DBE stable that are on the brink of breaking through as world champions will be showcasing their skills around the globe. Tevin, Junior, Steve, and JonFer are primed to turn in excellent performances and I am excited to continue guiding them toward the top of the sport.”