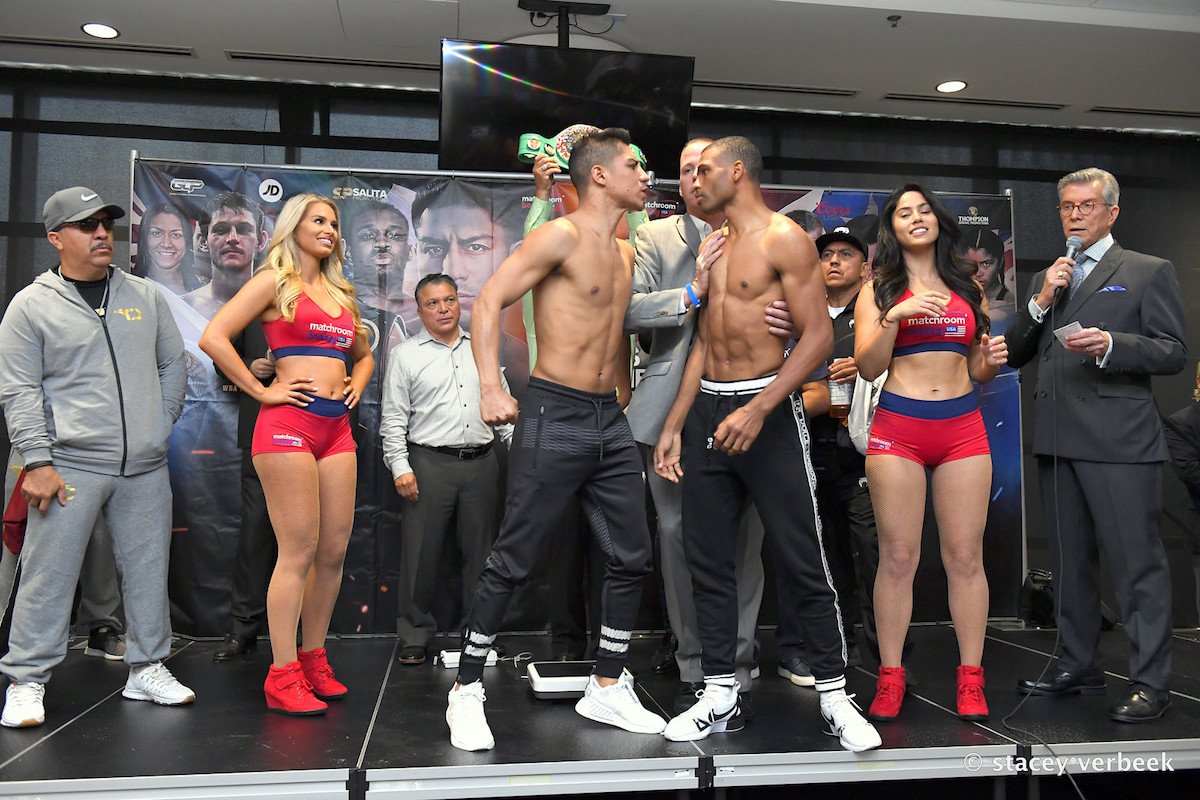 Back in May of this year Eddie Hearn announced a major billion dollar deal with the streaming service DAZN. Hearn’s Matchroom Boxing USA seemed poised to put a dent in the competition boasting the biggest yearly budget. A little over 4 months later and Eddie’s claims of possessing a few tricks up his sleeve come off as hallow judging by the first  two cards on the schedule. Back in the early part of summer this hack-of-a-scribe did a piece on Eddie Hearn and DAZN, wondering how they would fit in an already crowded room of networks.

Eddie Hearn promised the American public 12 stack cards from top to bottom and 4 absolute bangers a year. Their first event is full of names hardcore fans our familiar with but lacks a legit 50-50 or truly meaningful fight. Many U.K. fight fans complain on boxing twitter about Eddie Hearn’s undercards claiming mostly names in one-side fights. Time will tell if these U.S. cards are really full of competitive fights.

The main event is a decent matchup that could produce some fireworks between Jessie Vargas and Thomas Dulorme. Vargas is coming off a draw with Adrien Broner and even in a loss Dulorme generally brings his heart to the ring. The main event doesn’t involve a name or much anticipation heading into the weekend that said the headliner could be solid TV fight. Vargas’s experience in high-profile fights will be the main reason his hand gets raised.

Artur Beterbiev vs. Callum Johnson is a 12-round affair for Beterbiev’s IBF light heavyweight belt. Beterbiev has been snake-bitten thus far as a professional through injury or lack of well-known opponents. Johnson won’t help much in the big name department having beaten only one recognizable name in Frank Buglioni. Let’s hope these two engage an entertaining style otherwise it could be a one-sided result in short order.

Danny Roman defends his WBA junior featherweight title versus veteran fighter Gavin McDonnell in what could be the closest fight of the night. Gavin’s two draws are suspect to say the least but it should be noted McDonnell’s only loss was a majority decision to Rey Vargas. Roman looked very impressive in his last outing and quality victory here will help build his profile at 122. Neither boxer carries a heavy hand meaning we could see a high work rate filled with back and forth action.

Jarrell ‘Big Baby’ Miller continues to climb the contender ladder at heavyweight as he faces Tomasz Adamek in a 12-round heavyweight contest. Adamek has rebounded nicely in recent fights but is clearly long in the tooth. Tomasz will need to turn back the clock and box on the outside. If Miller is a top-flight fighter at heavyweight he should beat Adamek on activity alone. The key for Big Baby will be pressure in order to close the gap early, taking any advantages Adamek has on the outside.

Both Erica Farias’s recent loss to Cecilia Braekhus and Jessica McCaskill’s defeat to Katie Taylor doesn’t necessarily reflect negatively on either fighter. They both went the 10- round distance and most likely will be better from the experience. This may be the most competitive bout on the card and could steal the show from an action standpoint.

None of these fights really mean a whole lot, nor do they naturally lead us to the next fight. For Hearn’s sake it would really help if one or two of the underdogs pulled off an upset. It will be interesting to see the paid attendance numbers will be in Chicago. All and all this is not a horrible card as some suggest and isn’t that much different then what Top Rank/ESPN & PBC on FOX gave us during the summer months. This hack-of-a-scribe, like every media member should let the first wave of cards play out before gutting Eddie Hearn based off a perception of the Anthony Joshua vs. Deontay Wilder negotiations.

Side Note: DAZN will also broadcast the quarterfinals of the World Boxing Super Series featuring Inoue vs. Payano & Relikh vs. Troyanovsky.