Oleksandr Usyk’s promoter Alex Krassyuk says he believes that if the offer of £15 million step aside offer is valid for Anthony Joshua to step aside, he thinks that would be a wise move on his part.

Krassyuk says that if Joshua is going to be paid 15M pounds to step aside with the guarantee that he can fight the Tyson Fury vs. Usyk winner for the undisputed heavyweight championship, it would be in his best interest to take it.

If Joshua chooses to reject the £15 million step aside, he would need to face IBF/WBA/WBO heavyweight champion Usyk (19-0, 13 KOs) in a rematch in April or May, and there would be a high probability that’ll lose that fight, says Krassyuk.

If Joshua loses to Usyk for a second time, there would be many question marks about how his career.

Not only would Joshua miss out on a  chance to compete for the undisputed championship against the Fury vs. Usyk winner, but his career would be in dire straights.

Krassyuk says that Joshua should look at the step aside deal as a smart business move and not focus his mind on thinking of being seen as avoiding Usyk.

That’s the hold-up with Joshua. He doesn’t want boxing fans to see him swerving Usyk because it would make him look and feel bad. In other words, Joshua’s ego is the main problem holding him back from agreeing to the step aside deal.

“I can tell you that since this news was unveiled, I received 15 or 20 inquiries from different media,” said Oleksandr Usyk’s promoter Alex Krassyuk to Boxing Social when asked about his reaction to Anthony Joshua reportedly agreeing to a 20 million step aside deal.

“I don’t know what the money AJ was offered, and I don’t know if he accepted it, but according to The Telegraph, UK,  they said he did, he agreed to the step aside,” Krassyuk continued.

“I think it might be a reasonable step. Let’s think about it. What options does he [Joshua] have?  If this is for the money that is correct,  15 million pounds. Let’s say he fights Usyk next. Would he earn more? I don’t know. Maybe something around that.

“Will it be a risky fight for him? Definitely, yes,” Krassyuk said about Joshua taking a risk if he faces Usyk in the rematch. “If he loses to Usyk for a second time, maybe question marks for his future.”

Joshua’s career would be gone after a second defeat against Usyk, and that’s the whole problem. Joshua’s record would be 2-3 in his last 5 fights since 2019, and that’s a clear sign that he no longer has what it takes to compete against the best.

It’s easy for boxing fans to see the logic in Joshua taking the 15 million pounds for the step side, but he’s so rich already that he won’t spend his current $80 million net worth in his lifetime.

He’s not thinking about his business moves the way normal people would or even one of the late billionaires like J. Paul Getty or Howard Hughes.

Joshua is coming from an angle from pure ego. He doesn’t want to feel shame, so he’s likely to reject the 15 million step aside offer so that he can avoid that strong emotion.

“So, if I was AJ, I would consider this offer very seriously,” Krassyuk continued. “Professional boxing is not just a sport. It’s a huge business with huge money. I was watching AJ’s interview, and he said he’s not just an athlete; he’s a businessman as well.

“From a business side, it might be a smart decision [to take the 15 million step aside], why not? It doesn’t show him that he’s scared of anyone.

“He gives the chance for the undisputed heavyweight fight to take place. He’s stepping aside for money. He’s probably taking some tune-up fight in between, and he fights the [Usyk vs. Fury] winner, which is the best for him,”  said Krassyuk.

“It’s still just words. We think about it might happen but we have no guarantee that it will take place,”  said Krassyuk. “Unless there’s certainty about it, our basic option remains the same—the second fight between AJ and Usyk, the rematch.

“If we get the perfect offer from the Saudis or any other country in the world which exceeds the profits we’re expecting to get in the UK, then we take the decision and go there,”  Krassyuk said.

“I went to Google, and I typed in three words and what I found was ‘Tyson Fury tested positive,'” said Krassyuk in reacting to Tyson Fury making a steroids comment about Usyk recently.

“There’s a saying in Russian, ‘when a thief walks, his hat is burning.’ What it means is that when someone is accusing someone else of bad things, normally, those bad things have a connection with the mental spigot.

“I respect Tyson Fury. I like the way he acts in boxing, and I love the way he performs and the way he promotes the fights. He respects his opponents and seems to be a man with a big heart.

“He [Usyk]  knows he’s a big talker, and he can say whatever he wishes,” said Krassyuk when asked what was Usyk’s reaction to Fury’s steroid comment.

“You have to look at the Internet. Sometimes he [Fury] says Usyk is very good, and another time he says he’s bad.

“It has no connection to sports because sports start when both fighters enter the ring and face each other,” said Krassyuk. 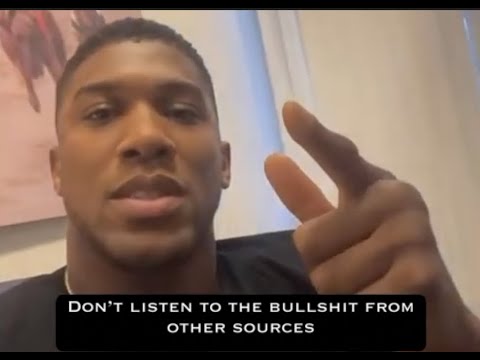