Will Oleksandr Usyk use different tactics in his return fight with Anthony Joshua? Will Usyk weigh-in at a career-heaviest weight? There are plenty of questions going into Saturday night’s massive rematch, and Usyk’s weight is one of the bigger ones. We’ve seen Usyk’s bulked up physique and we’ve heard talk of how the WBA/IBF/WBO heavyweight champion has perhaps packed on something like 30 pounds of muscle for the rematch.

Friday’s weigh-in will be most interesting as a result. Joshua, who may also come in heavier than he did in the first fight (Usyk was 221, Joshua 240 last September) has told Sky Sports he is looking forward to “smashing” Usyk this time, instead of attempting to outbox him as he mistakenly did last time round. 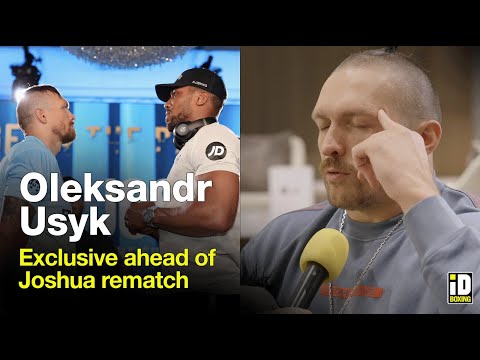 As far as his weight and his tactical approach, Usyk is being tight-lipped.

“I will not tell you much about my strategy. I am a bit heavier than I was last time,” Usyk told Sky Sports News. “I’m not sure the weight I’m going to be walking to the ring, we’re going to see it on Friday [at the official weigh-in]. I’m not a big forecaster. You’ll see Saturday night, I’ll just do my job, what I have to do.”

Usyk has the added motivation of fighting for his country, for his people, and this has indeed pushed Usyk to train even harder for the rematch.

“It’s important [to win] because the war is taking place and we have to help people,” he said. “Because this is something that is happening in our hearts and our assignment is to keep positive and keep other people positive.”

Usyk is a pretty cool customer, a fighter who gives precious little away in the lead-up to any fight. The pressure seems to be on Joshua in this fight, as it’s been said, numerous times, that he must win or else. Or else what? Some pundits, Johnny Nelson of Sky Sports for one, say AJ very well may retire if he loses to Usyk a second time. Usyk has that added motivation to literally fight for his country, and this too brings pressure, and expectation.

We haven’t had too much heavyweight action so far here in 2022, but Saturday’s fight should make up for it. Can YOU pick a winner? 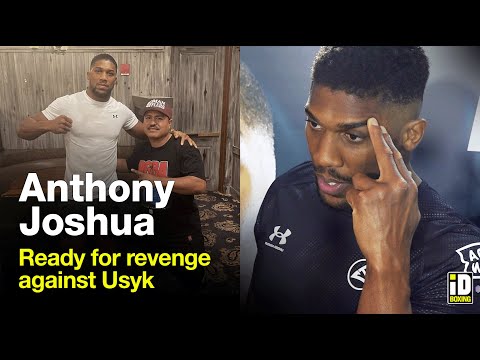